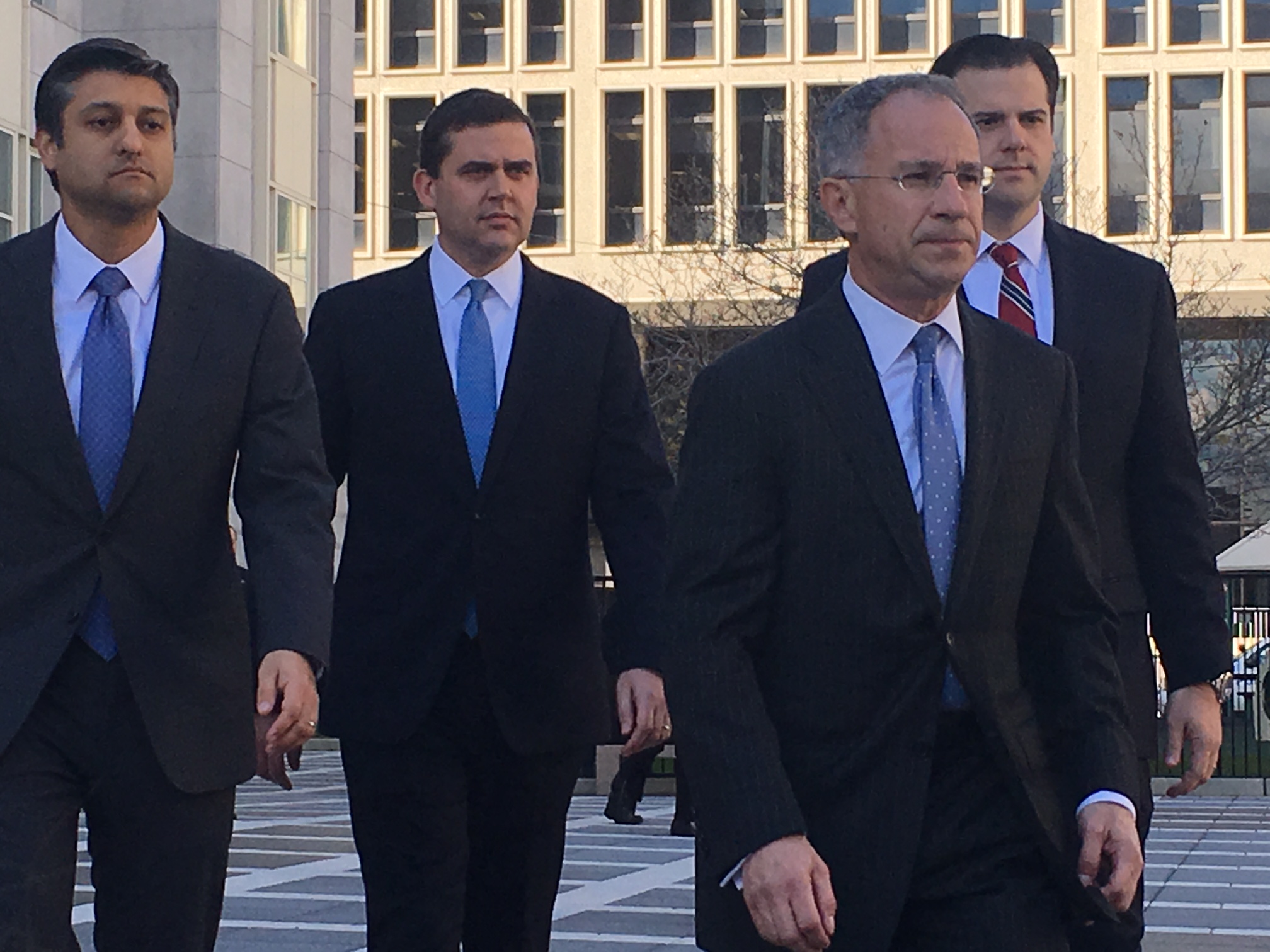 U.S. Attorney for New Jersey Paul Fishman and the three assistant prosecutors who represented the government during the trial approach reporters following the Bridgegate verdict. Alyana Alfaro for Observer

NEWARK, N.J. – After both Bill Baroni and Bridget Kelly were found guilty of all counts in the Bridgegate trial on Friday, attorneys for both defendants said they would be pursuing retrials for their clients. 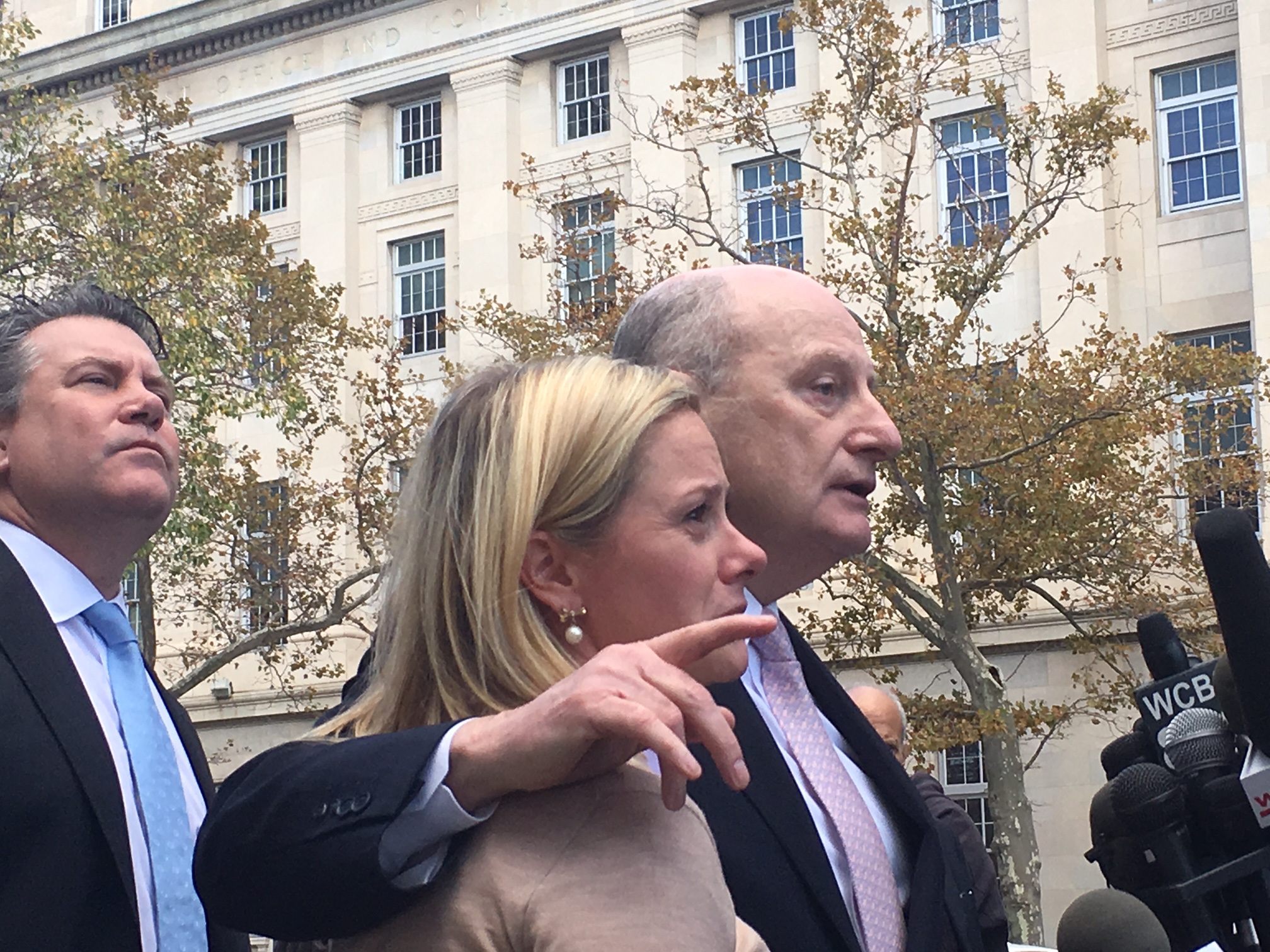 With his arm wrapped around an emotional Kelly, her attorney Michael Critchley told the gaggle of reporters outside of the U.S. Federal District Court in Newark that he did not believe justice had been served. Similarly, Baroni’s attorney Michel Baldassare said that the U.S. attorney’s office should be “ashamed of this case.”

“This case was and is a disgrace,” Baldassare said. The attorney restated the claim made during his closing arguments that the prosecution’s case was built on David Wildstein, the self-admitted architect of the scheme to merge three lanes of the George Washington Bridge into one in September 2013 to punish Fort Lee Mayor Mark Sokolich for not endorsing New Jersey Governor Chris Christie for re-election.

While Kelly opted not to speak to reporters, Baroni made a statement to the press thanking those who supported him throughout the trial including his family, his attorneys and members of the gay community who he says have stood by him and lifted him up throughout the course of the trial.

“I am innocent of these charges and I am very, very looking forward to this appeal,” Baroni said. “I want to thank all the people who have stuck with me so far and continue to stick with me going on into to the next step. Now we are going to move on to the next step and I am sure we will be seeing all of you between now and then.” 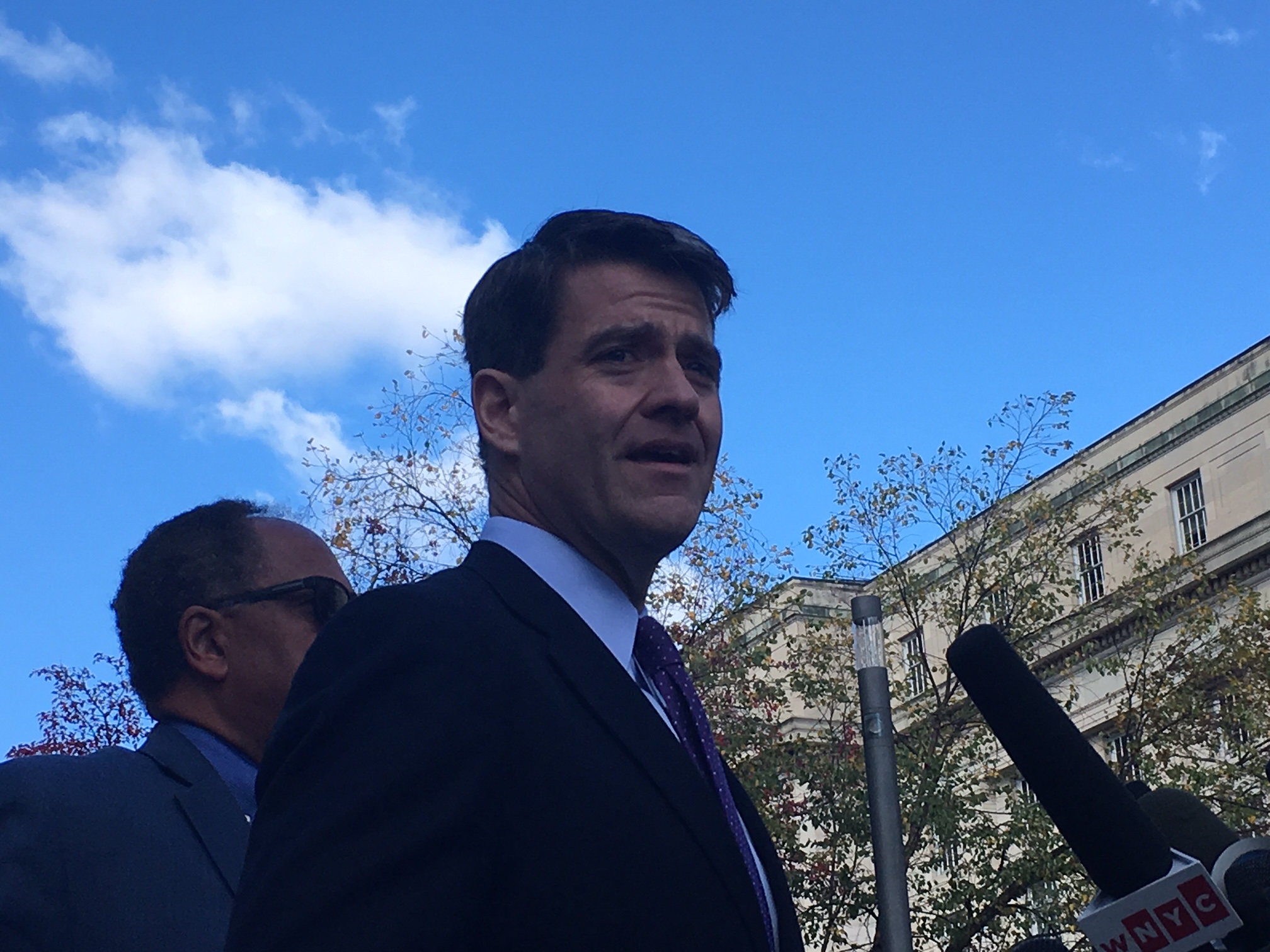 Throughout the trial, the U.S. Attorney’s Office, headed by U.S. Attorney for New Jersey Paul Fishman, has been criticized for not indicting high-level officials like Governor Christie who were implicated by witnesses in the case. According to Fishman, the office only indicted those who could be proven guilty beyond a reasonable doubt. He said he is “proud” of the work that was done in the case and would not comment further on why the governor was not indicted.

“We are gratified that the jury saw the evidence the same way that we did,” Fishman said. “I am enormously proud of the people in my office, the FBI and the Office of the Inspector General who worked so hard on the investigation and the prosecution of this case.”

While both Baldassare and Critchley claimed that they will appeal the verdict, Fishman said that he believes the verdict will stand. Fishman also said that, while the Bridgegate verdict will likely not end political corruption in New Jersey, it has potentially made a “dent” in corruption at the agency at the center of the scandal: The Port Authority of New York and New Jersey.

The sentencing date is currently set for February 21, 2017. 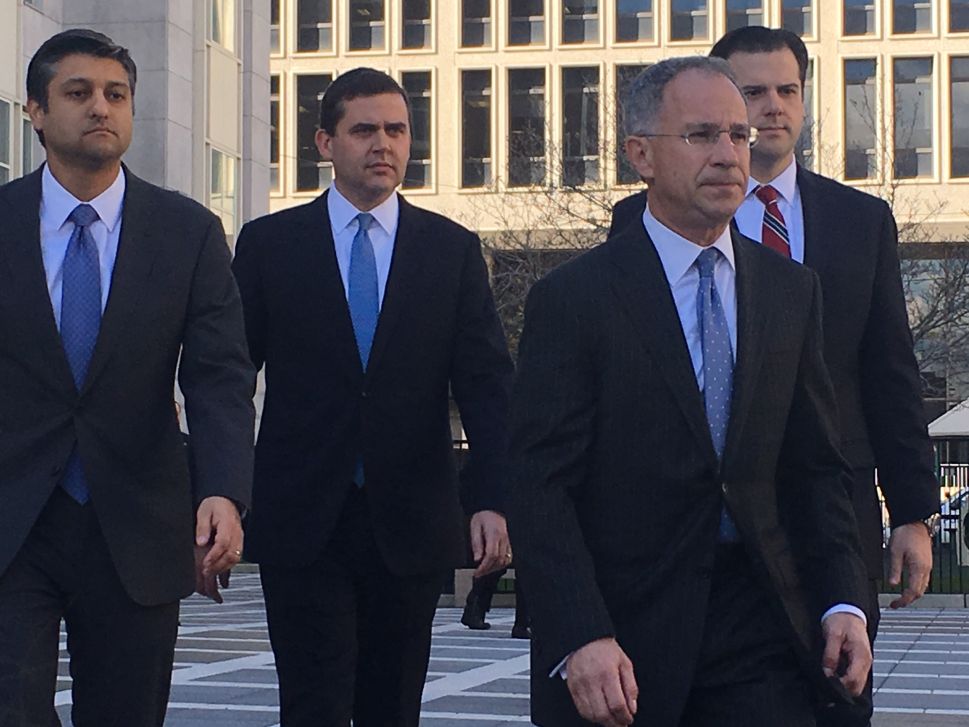