Brexit has been dealt a major blow after the High Court ruled the British government cannot leave the European Union without a vote in Parliament. Three of Britain’s most senior judges found in favor of a group of Remain campaigners who argued the referendum alone did not empower the prime minister to leave.

The move has triggered a constitutional crisis in Britain, because the government had written to every household before the referendum saying it would implement the result. The reason this was not challenged at the time was because Remain had been expected to win.

This is not the end of the legal process, ironically the government may end up having to appeal the decision to the European Court. However, before that happens it will be heard in the UK Supreme Court.

Prior to this ruling, Prime Minister Theresa May had insisted she could trigger Article 50 of the Lisbon Treaty without recourse to Parliament. The article allows member states to leave the bloc after a two year negotiation period.

A majority of both members of Parliament are against Britain’s withdrawal from the EU. It would be politically toxic for MPs to stop Brexit altogether, but Peers (members of the House of Lords) have said they would block it, in direct contravention of the will of the people.

The government can take action against the House of Lords, not least because the prime minister can appoint as many new members as she likes. Brexit campaigner and Conservative MP Jacob Rees-Mogg has suggested creating 1000 new Peers who would vote to allow the government to leave. It would be an extreme move, but perfectly within the rules.

In reality the game here is deciding what sort of Brexit takes place. A majority of leave voters want out of free movement immigration rules that allow up to half a billion people to settle in Britain without any permission.

So far the European Commission has said abandoning free movement would also mean Britain was thrown out of the tariff-free common market. This threat has fallen on deaf ears in Downing Street, with the May government indicating it would be a price worth paying to control immigration.

In both houses of Parliament there is a determination to remain inside the Common Market at any cost, including accepting free movement. In fact the most popular plan among MP’s is a “soft Brexit” where the UK continues with just about everything it does at the moment except it would no longer be represented in the European Commission or Parliament.

MPs also want details of the UK’s negotiating position to be made public, meaning the EU would know details as well. It is easy to see how this would significantly weaken the UK’s position.

Brexiteers fear representatives want the UK to have a similar arrangement to Norway. The Norwegian people have consistently voted against joining the EU, but are a member state in all but name. They are one of the biggest net contributors to the EU budget, and are part of the free movement rules. They’ve been signed up to this arrangement by politicians who have not consulted the public.

The constitutional mess in Britain has also led to calls for a general election, one the Conservatives would win comfortably— perhaps giving the prime minister the mandate she needs to get on with the job of leaving.

The ruling has brought into focus the divide in a country that virtually voted 50/50 for remain and leave. Both sides have taken to social media to accuse each other of trying to subvert democracy.

Brexiteers say Remainers want to ignore the will of the people. Remainers mock Brexiteers for campaigning for British Parliamentary sovereignty then complaining when the courts call for a vote in Westminster.

The problems are compounded by demands from Scotland for a second referendum on independence from the UK, so they can remain in the EU. In 2014, Scotland voted fairly convincingly to stay in the EU, while England and Wales voted leave.

Brexit is still more likely to happen than not, but this battle is far from over. 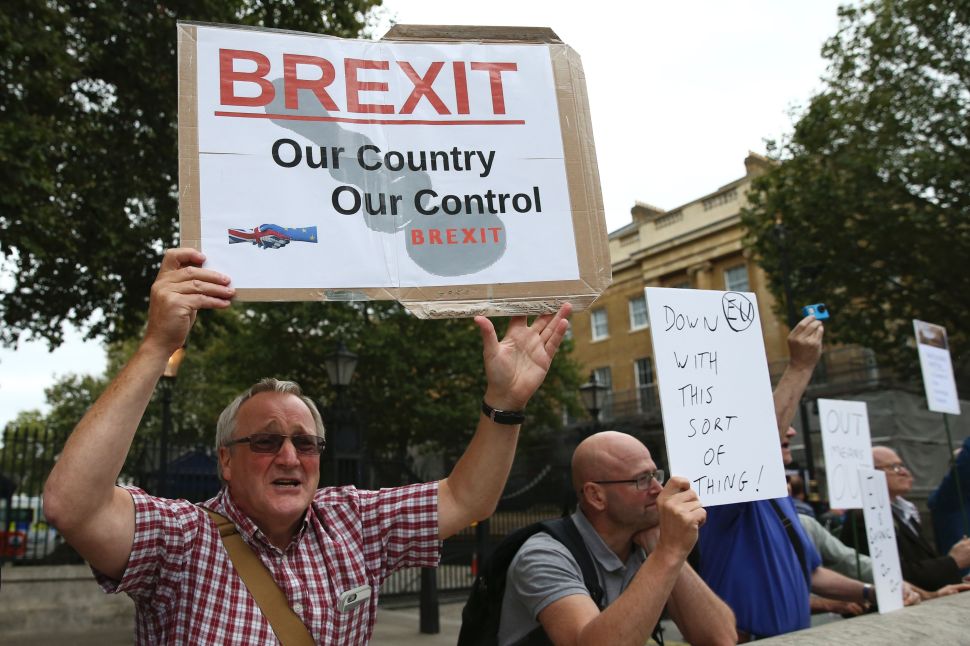