We already knew the Obamas are planning on moving into a nine-bedroom manse in the Kaorama neighborhood of D.C. once they leave the White House, but now the outgoing First Family is reportedly considering bicoastal life. The Obamas may have just purchased a home in Rancho Mirage, California. Their new home isn’t too far from Sunnylands, which many a president has used as a vacation getaway, when they were not in the mood for Camp David. The Obamas also allegedly just purchased a vacation home in Hawaii, and the flight from California is a whole lot faster than from Washington… (New York Post)

Tobey Maguire seems to be taking his new position in his and Leonardo DiCaprio’s Wolf Pack very seriously. The newly single actor (in October he separated from his wife of nine years, Jennifer Meyer) bought a nearly $13 million mansion in the Brentwood section of Los Angeles. The six-bedroom, nine-bathroom estate has vaulted beamed ceilings, a paneled library, a formal dining room, and a theater and bar, according to the listing held by David Offer of Berkshire Hathaway Service. There’s also an elevator to travel throughout the three-story home, as well as a pool and spa. Perhaps Leo and Nina Agdal will come hang. (Luxury Listings)

Elsewhere on the West Coast, the house from Boy Meets World just hit the market for $1.6 million. The fictional Matthews family lived in the 2,500-square-foot Studio City property in the sitcom, though in real life, it’s currently owned by actor Joe Campanella. The two-bedroom, two-bathroom Cape Cod-style house is situated on a quarter-acre, with formal dining and living rooms. It may not be around too much longer, though—according to the listing shared by Scott and Lisa Sorrentino of Rodeo Realty, it’s a potential teardown. (The Real Deal)

Even the royals must deal with home renovations. Yes, Buckingham Palace is in need of some major updates—the work will reportedly take about ten years to complete, and is set to cost approximately $456 million. Luckily for Queen Elizabeth, the renovations will be done on a wing-by-wing basis, phased throughout the decade (starting in April 2017) so that she doesn’t have to vacate her regal premises. So don’t worry, we’ll still get those balcony shots of the whole royal clan. The 775-room palace has not been redecorated since 1952, and is at the moment a “crumbling building” in dire need of some work, with issues ranging from chunks of the front façade falling as well as rainwater leaking through. The Queen spends just one-third of her working year at the palace, which is apparently her “least favorite royal residence.” (Guardian)

The design for the new Four Seasons restaurant space has been approved, and it’s going to be totally different from its former accommodations at the Seagram building. The beloved restaurant closed this summer, with plans to move to this 19,000-square-foot space at 280 Park Avenue. The restaurant is being designed by Brazilian architect Isay Weinfeld, with custom 1950s-esque furniture, marble, terrazzo floors, crystal and gold curtains. A bar will be connected to the 150-seat restaurant by way of a catwalk. Eager restaurant-goers will have to wait to see the final result—the iconic eatery is planning on a holiday 2017 opening. (New York Post) 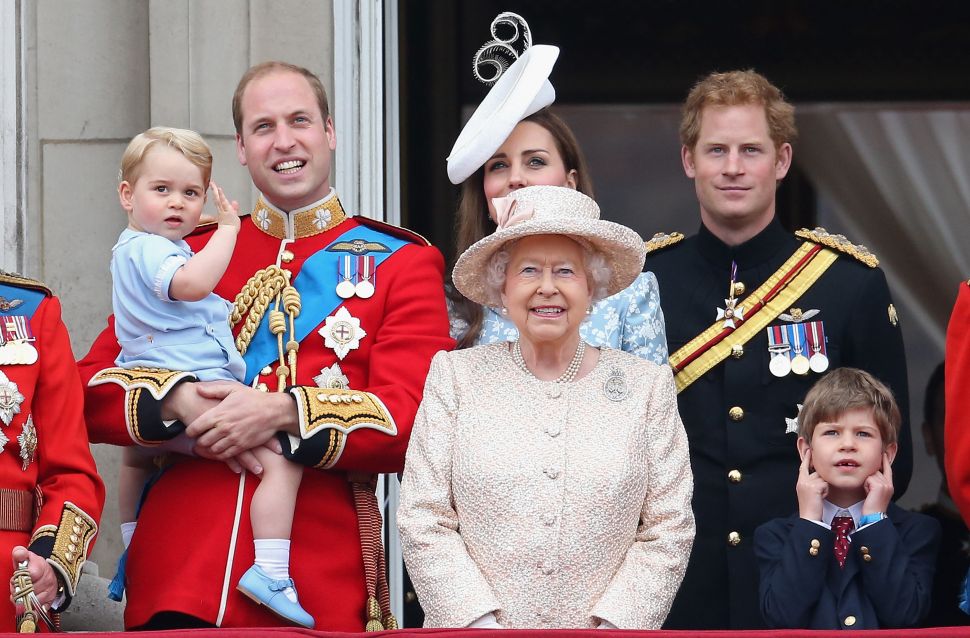