CHERRY HILL — Camden County’s influential Democratic organization started election day morning with a call for laborers to get out the vote for Hillary Clinton at their headquarters in Cherry Hill, where Democratic leadership from neighboring Gloucester County joined them in ginning up a crowd determined to reelect Congressman Donald Norcross, whose district comprises parts of both counties.

“Down here we’re headed to support Gloucester, Salem, Cumberland and Camden Counties,” said Senate President Steve Sweeney after praising Norcross’ record as one the country’s few representatives in the House with union bona fides to a crowd of hundreds. He said New Jersey state Democrats will also have a presence in Philadelphia, where Democrats will need to drive turnout to carry Pennsylvania. “Philly is very important, as you know. And so is New Jersey.”

Norcross, whose own reelection is all but guaranteed in the deep-blue 1st congressional district, called this year’s presidential race between Clinton and Donald Trump “the most divisive election I’ve ever seen or read about.”

The efforts of the rank and file, he said, will be all-important in boosting turnout.

“This is an event that has taken place literally over two decades,” he said. “The Get Out the Vote operation is as important today as it was twenty years ago, Everybody has these great electronic ways of calling and things, but nothing beats face-to-face contact and asking somebody for support.

“It’s the difference of being able to understand somebody who understading the dignity of having a job. So they have very much a vested interest here,” he continued. “I guarantee that one of the Donalds is going to win and I think it’s the Donald that we care about for those who live in the first district.”

Though New Jersey is a lock for Clinton on the electoral map, she has a narrower lead against Trump in key swing states like Pennsylvania, Florida and Nevada. FiveThirtyEight gave her a 70 percent chance of winning the presidency this morning, up from 65 percent Sunday night. 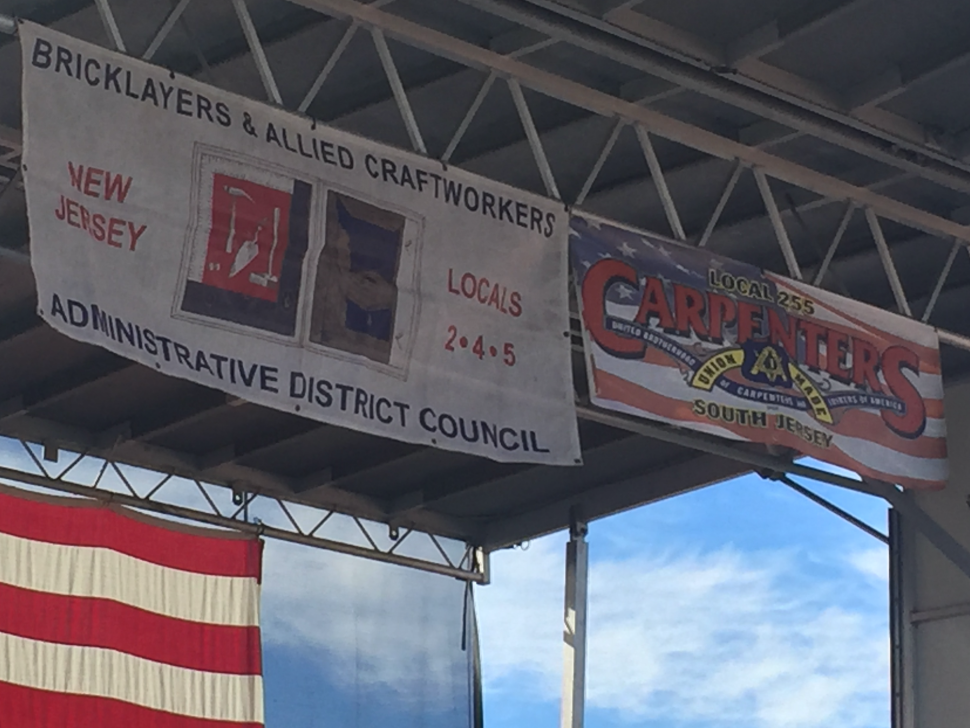