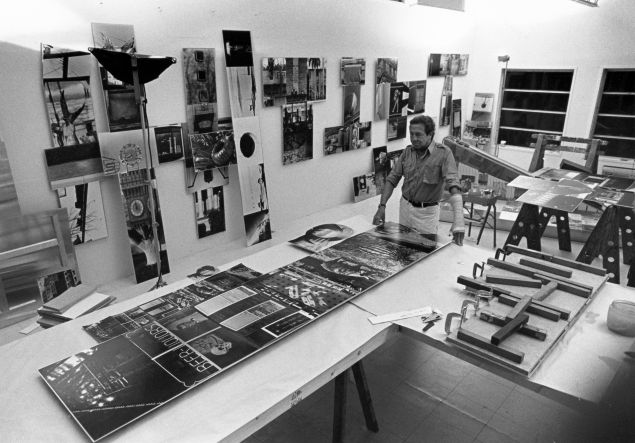 In the 1960s, major American artist Robert Rauschenberg ditched the glitz of the New York art world for the butterflies and turtles on Captiva Island, Florida. Perhaps best-known for his combines—works that fuse painting and sculpture—Rauschenberg’s inventive forms bridged Abstract Expressionism with the movements that succeeded it.

According to Matt Hall, now the facilities supervisor for the Rauschenberg residency program, the artist “fell in love” with the Florida lifestyle while he was working on his Dante’s Inferno illustrations from 1958-1960 in Saint Petersburg, about three hours away. He decided to explore real estate opportunities, and one day drove over the Sanibel Causeway. In Sanibel, he had to stop his car to let a turtle cross the road. “He loved that,” says Hall. Later, when he looked at property, he “just got surrounded by these butterflies and bought a house that week.”

Rauschenberg eventually amassed more land, creating a 20-acre estate with houses, workspaces, and one primary studio–a sunny white building he once described as a cross between the Taj Mahal and the Pentagon. He moved permanently to the island in 1970 and maintained his residence there until his death in 2008, from heart failure.

Rauschenberg loved nature—born in the seaport town of Port Arthur, Texas, he kept a desert turtle, a dog, and kinkajous as pets throughout his life. No wonder, then, that vibrant, green Captiva entranced him. The Island was a distinct change from the 1960s New York art world exerted many pressures on Rauschenberg.

“It’s a way of removing yourself from a very particular sensor, which is a combination of the metropolitan city, money, galleries, museums, critics, which is a very enriching conversation, but also makes particular demands on artists,” says Achim Borchardt-Hume, co-curator of another Rauschenberg retrospective, which opens at the Tate Modern in London on December 1. The exhibition, in divergent iterations, will subsequently travel to MoMA and SFMoMA.

It was a time when Rauschenberg’s contemporaries were similarly exiting the city. In the 1970s, Roy Lichtenstein purchased a carriage house in South Hampton, Donald Judd left for Marfa, Texas, and Jasper Johns purchased property on Saint Martin in the Caribbean.

Arne Glimcher, Pace Gallery founder, similarly describes the 1960s New York art world as a “pressure cooker,” where artists entered into dialogues with each other until they no longer needed to. “After that burst of energy, people create their own lives less dependent on the exchange of the ideas of other people,” he says. Glimcher first visited Captiva Island in the 1990s, just before he began representing the artist (in 2015 he began representing the Robert Rauschenberg Foundation). He went beyond discussing the island’s wildlife to compare Rauschenberg to nature itself. The artist was “like the wind blowing through the art world and feeding it with new ideas. He was an incredible force of nature.” 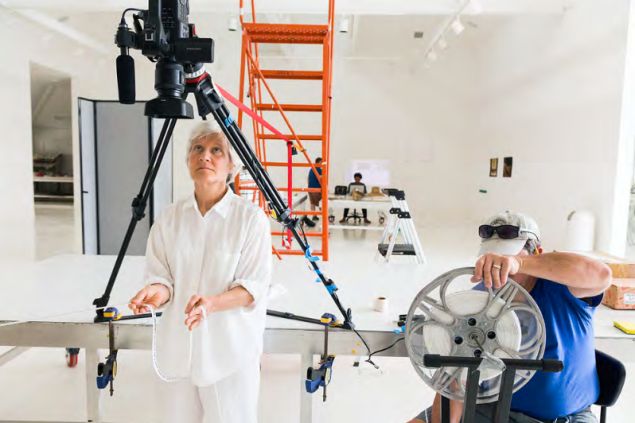 Ann Hamilton and Rauschenberg Residency staff do a recording of handwritten text for a theater piece, while in the background Carrie Mae Weems works in her space in the Main Studio, Captiva, Florida, January 2015. Sage Sohier, Courtesy Robert Rauschenberg Foundation

The first ideas Rauschenberg fed the art world, after his move to Captiva, distinctly departed from the technically complex art he’d been making in New York with E.A.T. (Experiments in Art and Technology, an organization that paired artists with engineers). His Cardboard series (1971-1972), sculptures made from found cardboard boxes, promoted the idea that a marked object that “shows signs of use and wear can then become a work of art,” according to Leah Dickerman, the MoMA curator organizing the museum’s iteration of the retrospective. “The kind of permission that that gives is very contemporary,” she says. Volon (1971), a work from the series that will be on view, consists of light blue cardboard. According to Borchardt-Hume, it looks “a little bit like an airplane the way it has been unfolded.” As a shipping material, cardboard itself “embodied the idea of travel.”

In both exhibitions, the curators say these works will provide a sense of quietness as visitors encounter them after the E.A.T. works. This kind of crescendo and decrescendo was typical throughout Rauschenberg’s career. “He often did this kind of pendulum swing between very busy, colorful, noisy work and something quite minimal,” affirms David White, senior curator at the Robert Rauschenberg Foundation, who also served as Rauschenberg’s personal curator beginning in 1980.

In 2012, The Robert Rauschenberg Foundation, which fosters the artist’s legacy, established an artist residency program on the Captiva complex that provides invited artists with room and board.

Christy MacLear, the foundation’s CEO, handled the art, real estate, and very little cash/securities that Rauschenberg left to the Foundation in his will. “The question was—what assets were less important to the legacy?” she says. She and her team opted to keep the land, homes, and studio that had facilitated Rauschenberg’s livelihood and art for decades. Now, in the spirit of Rauschenberg, a new generation of artists travel to Captiva with their own boxes, unpacking for weeks at a time to immerse themselves among the palms and salamanders. They become part of a much larger group of artists who are able to experiment and collaborate outside of the pressure cooker, thanks to Rauschenberg’s legacy—both financial and conceptual. 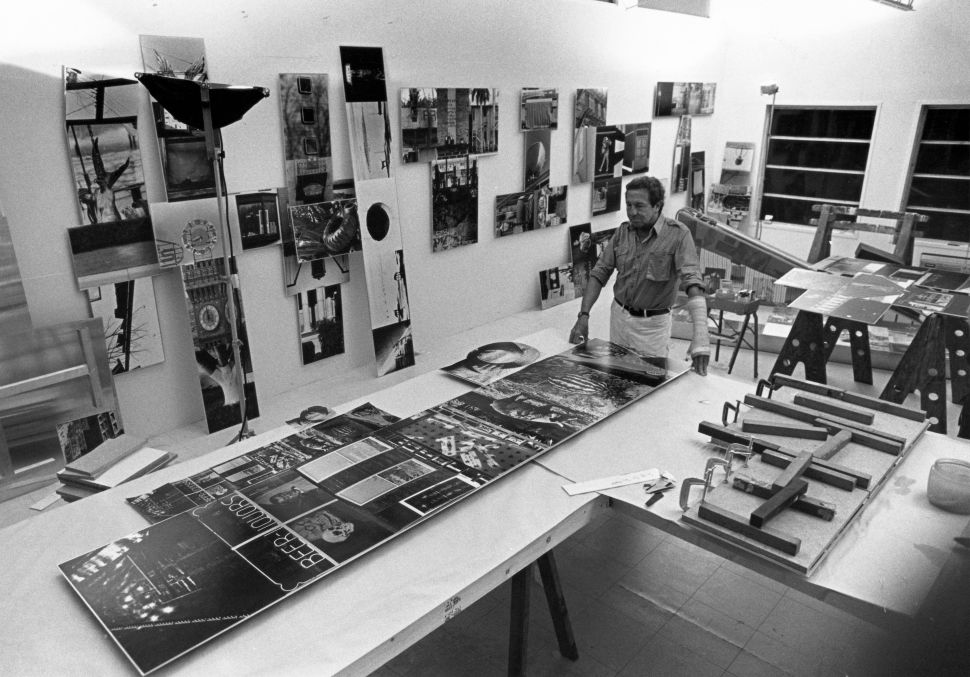