By 2021, TV as we know it will have evolved into something new.

Overall viewership is down across the board, especially among younger viewers (18-24) who are watching 38 percent less TV per week compared to just five years ago. Ratings juggernauts such as the NFL are feeling the brunt of the decline and, as a result, underlining the notion that no one is safe. Fast forward five more years and the old model of TV will be a thing of the past.

But at the same time, TV has never enjoyed as much widespread popularity or been consumed on so many different platforms than ever before. It’s an inherently contradictory development that has industry insiders not quite sure what to do next. Is it a bubble, soon to be popped and the status quo returned, or are we entering a new age of TV?

“I think the ‘digitization’ of TV is inevitable and a huge threat to overpriced CPMs [cost per mille advertising],” Jeff Nicholson, senior vice president, paid media at VaynerMedia told The Observer. “… Advertisers need to be even smarter in today’s media landscape, given the plethora of channels, platforms and publishers.  If you are looking for scale, look no further than Facebook and Google, both vying to be the centralized hub for all available inventory…Focusing on content monetization for networks across all channels along with strategic partnerships will be important as consumer choice becomes a standard.”

The medium used to be much more straightforward. You had to be home on your couch at a set time to catch your favorite shows. Brand names like Dick Wolf and Aaron Spelling slapped their name on a project and it suddenly became must-watch TV. If you missed out, you were excluded from the greater pop culture conversation.

But the rise in digital media and other viewing options – Netflix, Hulu, DVR, On Demand, etc. – and the overwhelming amount of original content in this era of Peak TV have made that model obsolete. The advances in technology have forced the TV industry to adapt to new demands and expectations and those that have are better suited to long-term survival. It doesn’t take too much brainpower to see the formula: More options = more competition which = less connection between product and consumer.

The increasing digitization of the medium echoes the groundbreaking introduction of iTunes to the music industry. No longer are viewers beholden to distributors, forced to purchase entire blocks of product. Viewers don’t need to be subjected to the red wire-blue wire pressure of choosing between Sunday Night Football, AMC’s The Walking Dead or HBO’s Westworld all airing in the same time slot. Instead, like iTunes, we now hold the power to individually choose when, where and what we want. Like a fun house mirror maze, the amount of screens presented to us these days seems to stretch on forever.

As Nicholson indicated, content and convenience are now king with new conglomerates throwing their hat into the viewing ring. Network fronted programming is no longer the gatekeeper and power player in the room. The power has now shifted to the shows themselves and the numerous destinations where we can find them.

Brother, can you spare a new paradigm?

“Factors contributing to the decline are plentiful, with new competitors like Netflix, YouTube and Amazon, generational shifts in consumer behavior, social media, and access to digital content at an all time high,” Nicholson explained.

Personal brands like Shonda Rhimes or J.J. Abrams, who have their hands in a number of projects at any given time, still hold some old school sway from a producing standpoint. Name power alone can get a pilot greenlit. But more frequently, the intense individual focus of showrunners such as Matthew Weiner (Mad Men), Damon Lindelof (The Leftovers, LOST) and Vince Gilligan (Better Call Saul, Breaking Bad) has become the go-to. Content quality is the name of the game in this digital boom and because creators can reach audiences in so many different ways (HBO is using Vimeo as a minor league scouting system), network execs are no longer the sole deciders in what ideas become realities. Anyone with a WiFi connection can now be a content creator.

“Incredible storytellers like Shonda Rhimes and J.J. Abrams will always bubble to the top,” Nicholson said. “I think the major variable that’s changing is how these storytellers are bubbling up. There are more routes than ever, and more and more, top content creators are going to be coming from Facebook, YouTube, Snapchat, Music.ly, etc, vs. traditional production backgrounds.”

These changes are already yielding tangible effects. Ad rates for ratings giant The Walking Dead has dropped 6.4% this year. For the first time in U.S. history, digital ad spending will surpass traditional TV in 2016. According to Fortune, one-in-five households no longer pay for a standard TV package while GfK puts the cord-cutting number closer to 25% of American households. According to Nielsen, the median network subscriber decline for November is 529,000. The writing is on the wall.

“From a revenue perspective, many of the networks have continued to increase ad sales despite declining audience sizes,” Nicholson said. “NBCU generated a record $1.2 billion in national ad sales for the Olympics and had their best upfront haul in 5 years, so if you asked them, they may say [TV is not dying]. However, the other side of the coin is consistent declines in ratings. In the 80s, a great show like The Cosby Show had a rating of 20 or higher, yet today’s top shows are hoping for a 4…Regardless of networks’ ability to drive ad dollars, TV is definitely in decline.”

So how does the mainstream survive these sea tide changes? They embrace the shift like they did in the late 1990s when Oz and The Sopranos brought serialized programming to the forefront.

“They need to continue to develop their own OTT (over the top) offerings, create partnerships and integrations that are mutually beneficial and reinvent how they can be a content hub for consumers,” Nicholson suggested. “In addition, networks must further their understanding of digital monetization, leveraging CRM data to personalize experiences and provide value to consumers…Treat traditional TV as a solution to a consumer problem instead of a utility that everyone needs.”

Digital isn’t the way of the future, it’s the reality of today. There should be a constant brain trust mulling how to leverage the lack of ad breaks in streaming and the online watering hole that is social media. Networks should be supplementing their small screen programming with interactive mobile content. Keep ‘amping up the VR experiences. Cord-cutting, streaming and the like don’t have to be threats; they can be valuable opportunities for all involved.

TV as we know is evolving into something new that more aligns with individual viewing habits than network-mandated schedules. It’s uncharted territory, to be sure. 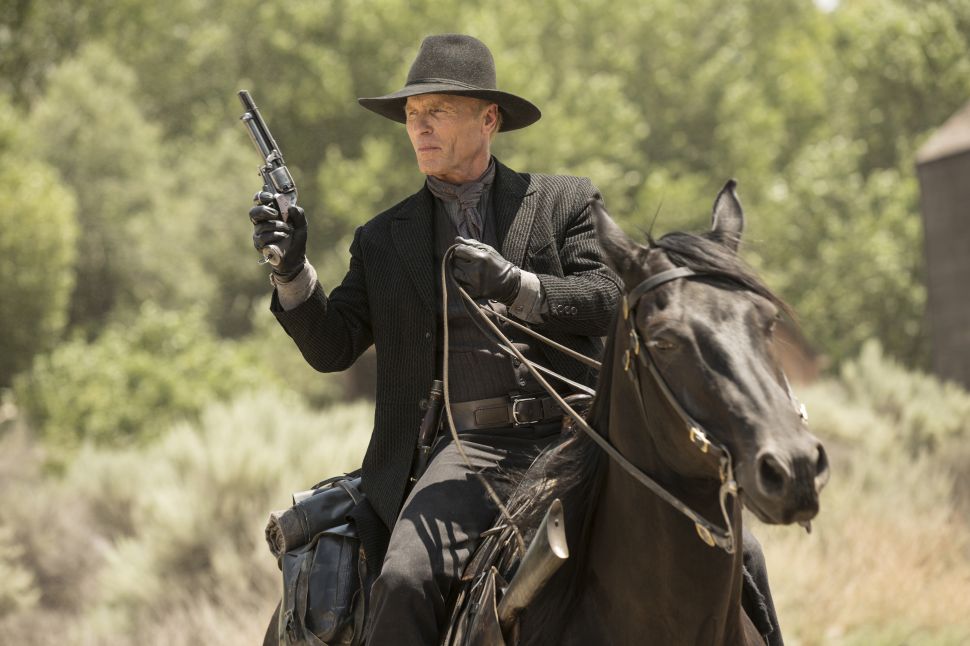