Some of us at the Observer are true-blue Cubs fans. Others, with just a passing interest in baseball, couldn’t help but root for the Cubs. We shared in the long-suffering angst and finally, in the joy. We never realized just how many of our friends hailed from Chicago, or how emotionally invested they were in the Cubbies’ long drought.

When we saw the photos of all those folks celebrating in the streets (and bars) of Chicago, we raised a glass with them. Solidarity in the face of victory may not be the mark of character but it is surely a joy nonetheless.

The Cubs brought people together: rich and poor, black and white, even White Sox fans could be spotted north of Belmont Avenue. And Chicagoans appreciated it. Yet the tensions, animosities and gang rivalries prevailed. Even before the parade ended we were pulled back to reality by reports of yet more shootings. Since the end of the World Series, 25 people were killed on Chicago’s south and west sides, bringing the total to more than 600 this year. With two months remaining, 2016 is already the deadliest year in Chicago in the last two decades.

In the Windy City, fear and a palpable lack of optimism pervade too many neighborhoods.

One statistic caught our eye, and it is as puzzling as it is distressing. The Chicago Police Department is solving far fewer of these crimes. The clearance rate last year was only one-third the rate 25 years ago. In 1991, the Chicago PD solved about 80 percent of all homicides, significantly higher than the national average of 62 percent. Since then, the nationwide rate has remained fairly constant, but Chicago’s success rate dropped to 26 percent, the worst of any large city in the country.

Cases are considered solved if a suspect has been charged or the suspected killer has been identified—but cannot be prosecuted. The latter occurs when the suspect is dead or witnesses refuse to cooperate.

There is something fundamentally wrong here. Chicago used to be known as the city that worked. Whether it was the Daley machine or Midwestern values, it was a solid, friendly place. Now, fear and a palpable lack of optimism pervade too many neighborhoods.

The first Cubs championship in 108 years is a legitimate cause for rejoicing. Now the focus must be on reclaiming the sensibility and civility of this great city. We have a suggestion: We’ll trade you Bill Bratton for Theo Epstein. 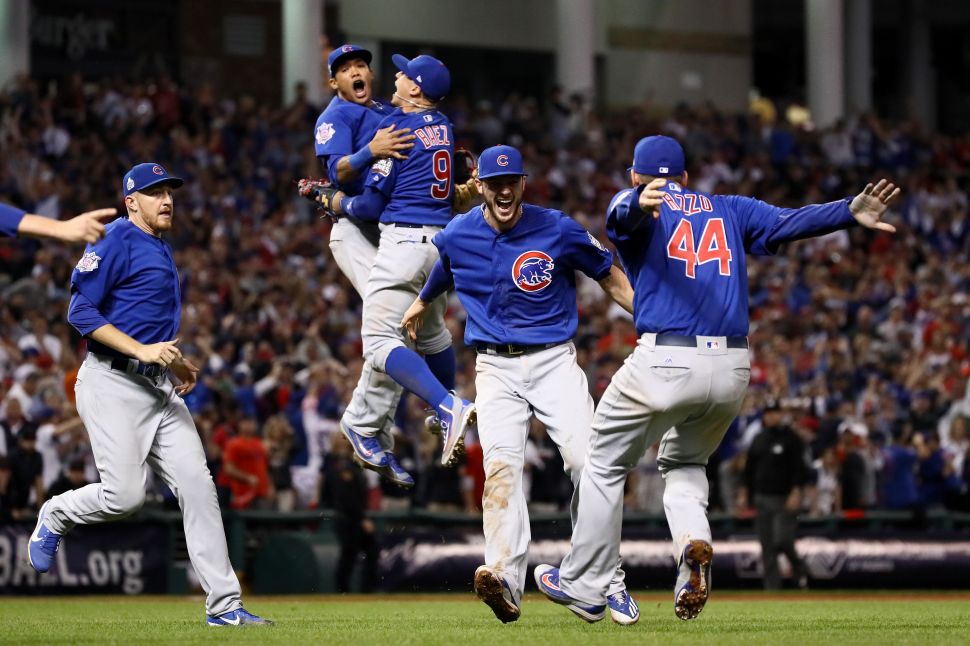