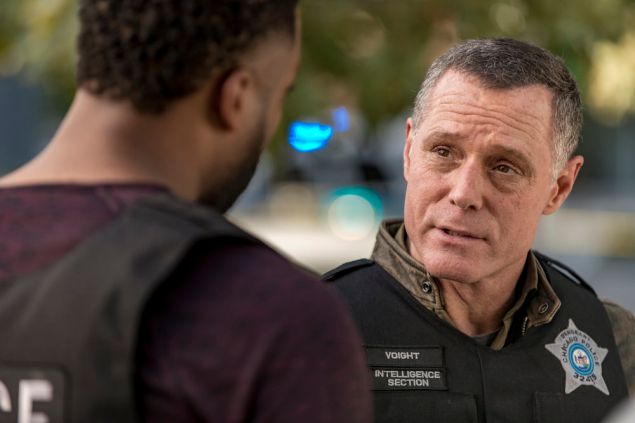 It’s a rather recent development, really only occurring in the past few years, but now it seems to be the norm. We’re talking about TV series on the major networks taking a “winter hiatus” during the holidays. Because of this time off, viewers are treated to what’s become known as a “winter finale,” usually an episode that’s designed to increase the drama and create a reason, or reasons, for viewers to come back in the New Year.

Chicago P.D., the police procedural set in the heart of the Windy City, is set to sign off until 2017, but not before airing a two-hour episode this week.

What’s going down in this super-sized installment? Well, no one would really say – not series stars Jason Beghe (Lieutenant Hank Voight), Marina Squerciati (Officer Kim Burgess), or LaRoyce Hawkins (Officer Kevin Atwater). In fact, at an event held in Chicago, they struggled to articulate ANYTHING about the episode.

“Ahhhhhh, let’s say…..everything shifts,” says Squerciati, oh so cryptically. Then she adds, “Everything you think you know….forget it. No one should get comfortable where they are.”

Hawkins stroked his chin as he said, “You’ll definitely see examples of art imitating life. If you pay attention to the news and big stuff happening in the world, you’re going to know it. We’re going to play off of that.”

Not too much to go on there, huh?

Fortunately, one thing that is known is that one character is leaving the department. Don’t worry no one’s getting killed off; someone is simply moving to another of the Dick Wolf Chicago-set series.

Jon Seda has portrayed cop Antonio Dawson since before there actually was a Chicago P.D., having first been introduced on the show that started it all, Chicago Fire. Now he’s moving on to join on the newest addition to the family, Chicago Justice.

Antonio’s superior on the show is Lieutenant Voight, who has mixed emotions about his co-worker leaving the team, says Jason Beghe who plays the Lieutenant. “It’s actually Voight who suggests that [Antonio go]. Antonio is like, ‘Do you have a problem with me? I heard that you gave the ok,’ and I respond, ‘I didn’t give the ok, I suggested you,’ because [Voight knows] that this is good for Antonio. It’s not good for Voight, but he says something like, ‘I had one good boss when I was coming up; he said to never hold back a rising star. It’s time for you to have your own crew.’ That’s good for Chicago and good for Antonio. Voight is all about doing what’s best, from his point of view.”

After talking about Voight losing Antonio on-screen, Beghe admitted that it’s tough for him off-screen as well. “It’s heartbreaking. Jon said to me, ‘Dick [Wolf, creator of the Chicago franchise] just came up to me and said, ‘what do you think of [going to Justice]?’ This is an honor for Jon and good for him. It’s good for the audience as well. For Jason and P.D., it’s not so good. There’s not an actor I’d rather do a scene with. Jon Seda is….” Beghe doesn’t finish the sentence as his voice catches, and he tears up a bit, clearly expressing his true feelings for his co-worker and friend.

Beghe says that Antonio’s position with the Intelligence Squad will be taken over by someone else, (someone familiar to the audience!), but he feels that no one can truly replace his comrade. “You never fill that spot. I wanted them to hang up his jacket [in the squad room], like how they’ve hung up [retired Chicago Bulls superstar Michael Jordan’s} number 23 at the United Center.”

Squerciati says that the series works hard to present relevant topics and show police work in the truest light. “It’s sort of funny to say [that our show is] ripped from the headlines, but it’s true, especially now, [because] it’s important to address these issues. There’s a lot of tension between Chicago citizens and the cops. To ignore that when you’re on a cop show in Chicago is almost foolish. So we’re tackling it to the best of our TV ability.”

Beghe revealed that he’s had discussions with others about the future of P.D., as well as the franchise, hinting at where he thinks he might end up. “They told me this could go 20 years. I said, ‘If this goes 20 years I could spin off into Chicago Hospice!’”

Right now, he and his cast are busy prepping viewers for the winter finale by saying that the phrase that best describes what’s to come is just three little words — “Brace for Impact.” 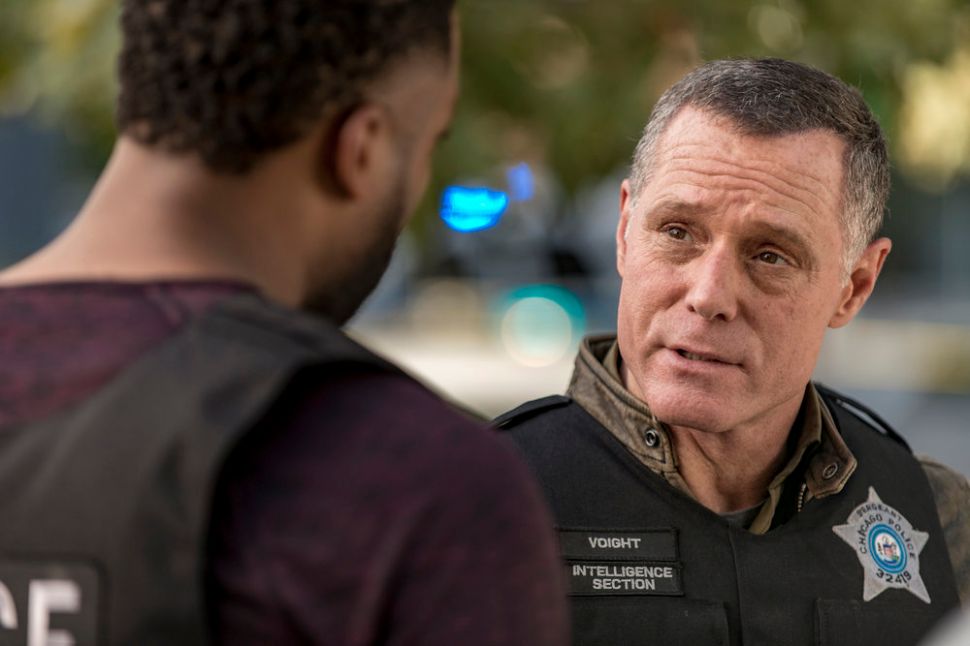