Results are still coming in, but Republicans have apparently retained control of the Senate by a razor-thin margin—denying Sen. Charles Schumer the coveted role of majority leader.

In Pennsylvania, Sen. Patrick Toomey seems to have staved off the threat from Democrat Katie McGinty, a former Clinton administration staffer. And Missouri Sen. Roy Blunt appears to have held off a spirited challenge from Jason Kander, the secretary of state.

In Indiana, former Democratic Sen. Evan Bayh failed to claw back the seat he had retired from in 2011. The lone bright spot for Schumer’s party was Congresswoman Tammy Duckworth’s defeat of GOP Sen. Mark Kirk.

That will add one seat in January to the New York senator’s caucus, which currently includes 46 Democrats and two independents. There remains a runoff in Louisiana that most expect the Republican to win.

Schumer himself spent the night pumping the crowd outside Hillary Clinton’s party at the Javits Center.

With Sen. Harry Reid retiring at the end of this year, his lieutenant, Sen. Charles Schumer will serve as Senate Democratic Minority Leader, becoming the most powerful Democrat in Congress. Reid announced his retirement in May 2015 and, along with Senate Minority Whip Dick Durbin, endorsed Schumer as his successor.

Throughout his career, Schumer has been a politician that has been praised for his deal-making skills. While he’s always been a member of the Democratic Party, Schumer’s various ties and relationships really make him more of a centrist. He has strong ties with Wall Street and big banks, and tends to tread wherever public sentiment lies—he voted in support of the Iraq War and only announced his support for same-sex marriage in 2009. Additionally, he shares many donors with GOP officials, including former President George W. Bush.

His skill for people-pleasing is perhaps his greatest attribute. “Reid wasn’t the kind of person to easily reach outside the Senate chamber to make things happen, but Schumer is,” said Kenneth Sherrill, a professor emeritus of political science at Hunter College.

Steven Brams, a professor of politics at NYU, shares Sherrill’s sentiment, seeing Schumer as someone that has real potential to get things done in Congress.

He may need all his negotiation skills to negotiate deals with Donald Trump, who at this writing appears close to winning the Presidency. 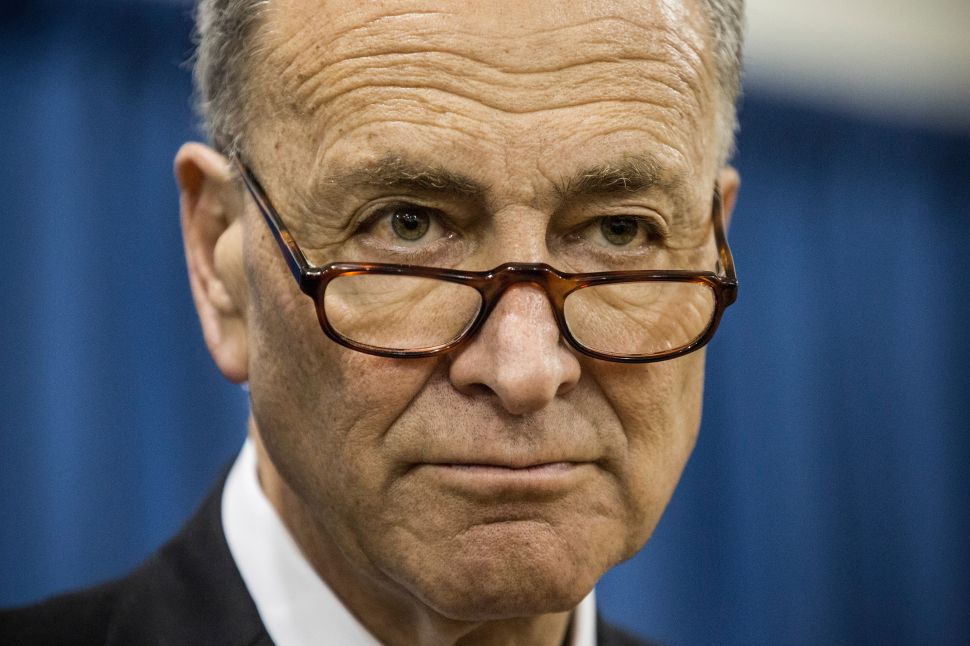