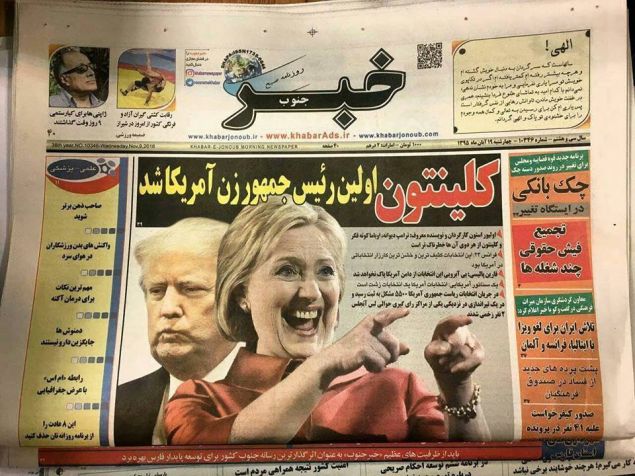 The daily paper of Shiraz, center of wine and poetry in Iran, called the election for Hillary Clinton. Khabar Junub

While many newspapers were certainly dismayed with the results of Tuesday’s election, at least one simply denied it.

The Khabar Junub in Shiraz, Iran, ran a front cover on Thursday that was either pre-printed to reflect the expected result or simply disputes the reality that much of America was having a hard time getting its head around.

The Khabar Junub – which means “News of the South” in Persian – serves the cosmopolitan city of Shiraz, the sixth largest city in Iran, famous for its wine and moderate climate.

“Clinton became the first female president of the USA” reads the headline of the article. It’s followed with typical newspaper bullet points, including:

The odd part about the article itself is that it seems to have clearly been written after the election, as it details several voting irregularities typical of those pointed out by press in non-Democratic countries as a way of casting doubt on American-style democracy. For example, one sentence reads, “In the course of the US election 5500 issues notes and one shooting near one of the voting stations near Los Angeles 2 people were hurt.”

So it’s unclear why the most important news from Tuesday – the result – wasn’t clear to the Khabar Junub by Thursday morning, though it’s worth noting that the result wasn’t final until early Wednesday morning, which is more like Wednesday afternoon in Iran.

The newspaper’s website has since updated its information. In a story posted today, the paper details the reasons why an “unknown,” “mocked” and “hated”  figure would win. Following that question, it reflects on how  Hillary Clinton had posted a birthday pic of herself on Twitter with “Happy Birthday future President of America.” 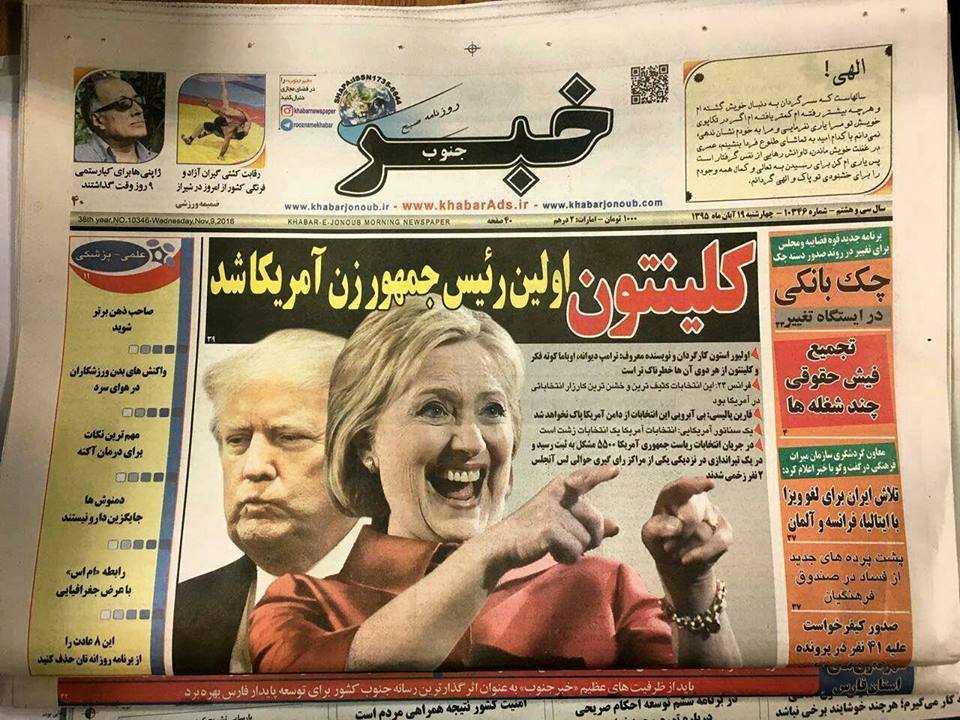