Though Bernie Sanders, the White House and an investigative journalism outlet that conducted extensive monitoring of the presidential election across the country argued that a recount would not change anything, the Clinton campaign announced on November 26 it would be joining Green Party candidate Jill Stein’s effort to make sure that Donald Trump is really the president-elect.

The recount effort in states Trump won by a small margin of victory has ignited controversy, as Clinton supporters who initially blamed Stein for Hillary Clinton losing are now embracing her efforts.

We had 1,100 people monitoring the vote on Election Day. We saw no evidence the election was “rigged” no matter what Stein or Trump say. /1

But the sudden focus on a general election recount from Clinton partisans is hypocritical, given the Democratic Party establishment has yet to acknowledge the broken rules and voting discrepancies the Democratic National Committee (DNC) and Clinton campaign ignored throughout the Democratic primaries.

Election Justice USA—a nonpartisan coalition of statisticians, attorneys and activists advocating for voting rights—discovered voting irregularities and suppression at work throughout the Democratic primaries helped Clinton win. They related these in a 100-page report released on July 25.

“Election Justice USA has established an upper estimate of 184 pledged delegates lost by Senator Bernie Sanders as a consequence of specific irregularities and instances of fraud,” the report read. “Adding these delegates to Senator Sanders’ pledged delegate total and subtracting the same number from Hillary Clinton’s total would more than erase the 359 pledged delegate gap between the two candidates.” The organization came to these conclusions by analyzing exit polling data and statistical analysis by precinct size. “Even small changes in vote shares in critical states like Massachusetts and New York could have substantially changed the media narrative surrounding the primaries in ways that would likely have had far reaching consequences for Senator Sanders’ campaign.”

The report found Clinton’s vote share increased proportionally to the increase in precinct size. It also cited exit poll data that matched the results in Republican primaries in several states but differed greatly in the Democratic primaries.

“As a statistician, I find the results of the 2016 primary voting unusual. In fact, I found the patterns unexpected [and even] suspicious. There is a greater degree of smoothness in the outcomes than the roughness that is typical in raw/real data,” wrote Dr. Fritz Scheuren, a professor of statistics at George Washington University and the 100th President of the American Statistical Association, in a separate report by Election Justice USA on the accuracy and security of electronic U.S. voting equipment. The report adds, “the difference between the reported totals, and our best estimate of the actual vote, varies considerably from state to state. However these differences are significant—sometimes more than 10 percent—and could change the outcome of the election.”

Voter suppression and irregularities were rampant in key states that heavily influenced the outcome of the Democratic primaries. But the only outcry over these disparities came from Sanders supporters.

During the New York Democratic primaries, 126,000 voters were inexplicably purged from voter rolls, their voices denied a say in the race between Clinton and Sanders. Already a closed primary, in which independent voters had to switch their party affiliation to Democrat six months in advance to participate, this purge shut out thousands more. No early voting options were offered before the primary either, forcing those who wanted to vote to stand in long lines around New York City during a workday, resulting in one of the worst voter turnouts of any state.

In Arizona, polling sites in Maricopa, the state’s most populous county, were reduced from 200 in 2012 to only 60 in 2016. In contrast, voter turnout from 2012 exploded from 300,000 voters to 800,000 in 2016. The result was an average of several hours of waiting at many sites, likely pushing out thousands of other voters who couldn’t afford to spare the time to vote that day. Maricopa County Recorder Helen Purcell eventually accepted the blame for the long lines, after initially blaming voters, yet refused to submit to calls for her resignation.

Though California held a semi-open Democratic primary, rules were put in place to make it much more difficult for an independent to vote. Independents were not allowed to use the same ballot to vote as Democrats, and if they failed to obtain the mandatory crossover ballot, their vote was nullified. In 2011, California easily passed Proposition 14, which ensured every voter, no matter what party they affiliated with, received the same ballot, but presidential elections for some reason were exempt.

As the longest-serving Independent in the history of Congress, Sanders was put at a disadvantage in the Democratic primaries because several states that held closed primaries shut out many of his supporters from participating. Both parties should open their primaries to independent voters, as they are the largest voter demographic in the country, and their support is needed for any candidate to win a general election.

In tandem with undemocratic rules meant to keep independent voters out of the primaries, the Democratic Party did a lousy job—likely deliberately—in increasing their own party’s voter registration. New York Daily News journalist Shaun King attributed the low turnouts to the lack of voter registration drives run by the Democratic Party leadership. Traditionally, Democrats frequently held voter drives at college campuses across the country, as they are prime grounds to attract new supporters to the party. Because the new voters would likely be joining many millennials in supporting Sanders, the Democratic Party leadership skipped such efforts this year.

In contrast, Republicans saw record voter turnouts in their respective primaries, while turnout for Democrats decreased. For Clinton’s coronation to go as planned, the Democratic Party suspended its usual efforts to invest in voter registration drives, and target vast populations of unregistered voters likely to support Democrats over Republicans. It ending up costing them the general election, as voter turnout for Clinton was significantly lower than the high turnout that helped Barack Obama win in 2008 and 2012.

Some blue states have taken the initiative to expand democracy and set their own precedent for voting rights. Oregon enacted automatic voter registration, and Maine ranked choice voting. But several other Democratic Party strongholds have failed to move forward similar initiatives. If Democrats are serious about election reform, they need to focus on moving forward in states where they have the political majority to pass legislation, rather than pouring their resources into political theater for a recount that won’t change anything. 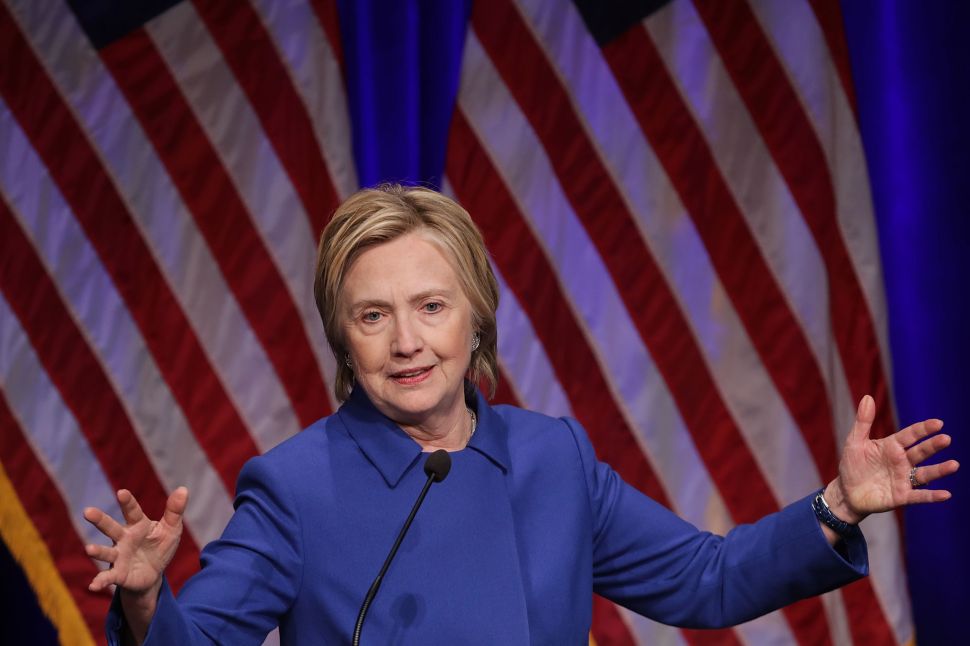