It was obvious to anyone paying attention this election that the media heavily favored Clinton’s campaign. The WikiLeaks emails from the Democratic National Committee (DNC) and Clinton campaign chair John Podesta provided further insight into the extent the media coordinated with the Clinton campaign to manufacture consent for her candidacy.

There is no personal responsibility in the mainstream media, but the blame for Clinton’s loss to Trump should be placed just as equally with the Clinton campaign as with the Democratic Party establishment, who rigged the primaries for the candidate their corporate donors most preferred.

In a 2014 segment, CNN’s Chris Cuomo said, with regard to Clinton and the speculation as to when she would announce her campaign, “we couldn’t help any more than we have. She’s got just a free ride from the media, we’re the biggest ones promoting her campaign.” The extent of that promotion was highly unethical, as revealed by WikiLeaks and several investigative journalist reports. CNN severed ties with DNC interim chair Donna Brazile because she forwarded CNN debate questions to the Clinton campaign—yet the network has not explained how she obtained them.

CNN also frequently had pundits praise Clinton on air without disclosing their financial ties to her campaign. The Intercept reported in May 2016 that an Op-Ed published by CNN under Atlanta Mayor Kasim Reed’s name was actually written and sent to the network by a Clinton Super PAC. CNN was dubbed by Bernie Sanders supporters as the “Clinton News Network“ for its overt bias, as the network’s correspondents either disproportionately denigrated the Sanders campaign, or completely refused to cover it.

Like most mainstream media outlets, CNN’s attention was overwhelming focused on Trump, who was cited in an April 2015 email released by WikiLeaks as a “pied-piper” candidate the Clinton campaign and the DNC needed to elevate themselves as legitimate.

MSNBC was no better than CNN. Joy Reid developed a reputation for hyperbolic defenses of Clinton, and her Twitter feed has further devolved into incoherent partisan drivel blaming Sanders supporters for Clinton’s loss. Rachel Maddow featured political commentators with ties to the Clintons, and neglected to disclose those ties. She also premiered pro-Clinton ads on her show from Clinton’s Super-PACs, and was a purveyor of the Nevada chair throwing conspiracy created to smear Sanders and his supporters. Chris Hayes stooped low enough to invite Clinton hit man David Brock onto his show to spew Clinton propaganda on air. WikiLeaks also revealed Chuck Todd held a party for Clinton campaign communication director Jennifer Palmieri while she was working for the campaign.

Nearly every major newspaper in the country formally endorsed Clinton before their state’s respective primaries after publishing skewed coverage in her favor for months. The New York Times employed no pro-Sanders opinion columnists, and several of their journalists were exposed in WikiLeaks emails allowing the Clinton campaign to plant, proofread and edit stories to their liking. The Washington Post‘s opinion, editorial pages and blogs consisted of one voice denouncing Sanders while praising Clinton. “Democrats would be insane to nominate Bernie Sanders” read a Washington Post headline just days before the Iowa caucuses. Their editorial board claimed Sanders’ campaign was “fiction-filled” the next day.

The Associated Press, Boston Globe, Politico and other media outlets were revealed by WikiLeaks to have been complicit in being fed propaganda from the Clinton campaign to publish as autonomous journalism. Other journalists who tout themselves as progressives are now trying to save face by praising Bernie Sanders, but they participated in the same hyperbolic fear mongering of Trump and praised Hillary Clinton when it became popular to do so after the Democratic National Convention. The mainstream media’s obsession with denouncing Trump and praising Clinton further fueled the resentment of elitism represented by the latter. Many of these mainstream media outlets subverted democracy by propping up Clinton, and they bear much of the responsibility for her loss in the general election—as they do for helping the DNC and Clinton campaign rig the primaries against Bernie Sanders. 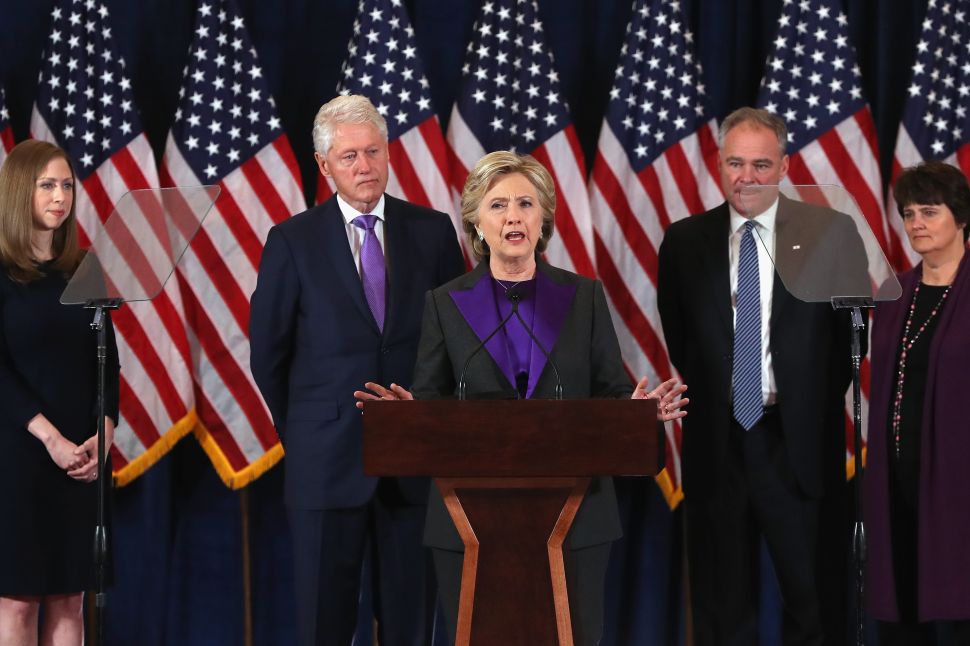