It was revealing and sad that the first group Hillary Clinton addressed after losing the presidential election was her campaign donors, and the first thing she said about why she lost was that she blamed FBI Director James Comey for her defeat.

It is probably true and irrelevant to understanding what went wrong for Democrats in the election to assert that if FBI Director Comey had not intervened in the presidential campaign Clinton would have won on election day.

Lets begin with two obvious facts. If Clinton had never used a private server to conduct State Department business there would have been no FBI involvement in the election in the first place, and if Clinton had been far more open and assertive—disclosing all information and taking full responsibility—the controversy would have been resolved months before the election.

The fundamental reason Hillary Clinton lost the election was that Clinton herself, and the army of campaign consultants who surrounded her, never understood that a successful Democratic presidential campaign should seek to appeal to ALL voters and should explain to those voters how their lives would be made better if she were elected president.

Contrast Clinton’s style with that of Bernie Sanders, whose entire campaign was based on a grand theme of restoring power to all of the people and explaining to everyone in the 99 percent why the huge economic changes he proposed would directly benefit them.

During the primaries Clinton falsely charged that Sanders was a one-issue candidate—a view I condemned. Sanders was not arguing for one issue; he was arguing for a transformative change that would affect countless issues from the economy to education to health care.

I repeatedly wrote here and in The Hill throughout the campaign that in virtually all polling match-ups against Donald Trump, Sanders was leading by landslide margins, running far stronger than Clinton in matchup polling against Trump.

Who ever heard of a Democrat running for president—as Clinton was doing from moment she left the State Department—by giving paid speeches to Wall Street firms for millions of dollars, keeping the transcripts of those speeches secret, and then asking voters to trust her? This ridiculous and asinine misunderstanding was the original sin of Clinton and her campaign, which led to many other blunders and mistakes that persisted until the moment the polls closed on Election Day.

While Trump was barnstorming throughout the Rust Belt promising to create more American jobs, and Sanders was appealing to Rust Belt voters with calls of populism and economic change, Clinton was literally ignoring the Rust Belt for months, shunning any appeal to those voters.

Clinton did not campaign in Wisconsin, a state she should have won, for the seven months prior to the election. She largely ignored Michigan until her campaign correctly panicked shortly, before Election day, when it was already too late.

In the mother of all political blunders, Hillary Clinton and her highly-paid consultants, who in most cases were previously high paid consultants to President Obama, literally and deliberately decided to not even try to appeal to white working class voters who they ignorantly believed were not part of her constituency.

There was an arrogance, ignorance and pomposity in the consultant class who worked for Obama and Clinton. Obama and Clinton personally bought in: because of demographic changes they would win with black voters, Hispanics voters, young voters and “women” voters—without any direct appeal to major voting groups that did not fall into these categories.

This was political malpractice of seismic dimension, which led to elections in 2010, 2014 and 2016 that were epic disasters for the Democratic party.

Stories have only begun to come out, which are true, that Bill Clinton fully understood this problem but was mocked by the consultant class and ignored by Hillary Clinton when he privately plead with the campaign to address the voters they were ignoring.

To make bad matters worse, Clinton committed the mother of all gaffes when she attacked supporters of Donald Trump as a “basket of deplorables.” Instead of seeking the votes of white working class voters who were troubled by Trump but angry at the system, Clinton demeaned them. This was no different in principle than sexism or racism which demeans women or minorities as a group.

Bernie Sanders worked to build a multi-racial coalition for change—which included voters who could be united by economic interests that transcend race and gender. Clinton never had a strong economic focus—and from the beginning excluded whole groups of voters who were essential to the coalitions that elected great Democrats such as Roosevelt, Kennedy and Bill Clinton in 1992 and 1996.

Finally, for reasons that are inexplicable, following a strategy that was politically suicidal, Clinton’s campaign became obsessed, consumed and dominated by attacking Trump without attempting to champion any positive, uplifting or coherent message of any kind for any voters.

When a candidate as widely distrusted as Clinton was ran a campaign as totally negative as Clinton did, the best she can do is make herself even more distrusted and hurt herself as much as the opponent she is attacking.

While Clinton should have spent the closing weeks of the campaign championing pay equity for women—which would have benefitted all women voters and appealed to women across all income and educational lines—she was too busy repeating attacks against Trump ad nauseam.

As a result, the candidate who would have been the first woman president lost millions of votes she could have won from women without college degrees—to a candidate with a history of offending women. These women want new jobs and higher wages which they did not believe Hillary Clinton would bring them because she never tried to clearly and forcefully tell them, because she was too obsessed with attacking Donald Trump to the exclusion of everything else.

Going forward the path to future victories for Democrats comes with understanding what Bernie Sanders understood, and not campaigning the way Hillary Clinton campaigned, which revealed what she never understood.

As a Democrat, I find it sad that while Hillary Clinton could have made a very good president, she was a lousy candidate who ran a lousy campaign and was given and accepted rotten advice from inept campaign consultants who understand as little about America in 2016 as she did.

The paradigm for future Democratic victories will be the campaign of Bernie Sanders, who created enthusiasm and excitement from volunteers, small donors and voters of all kinds.

As Democrats move into the loyal opposition with President Trump and a Republican Congress, the voice of Sanders will continue to resound, and the enthusiasm of his supporters will surge again, and the ideas of Sanders and others like him are the future of the Democratic party and sometime in the future, the nation. 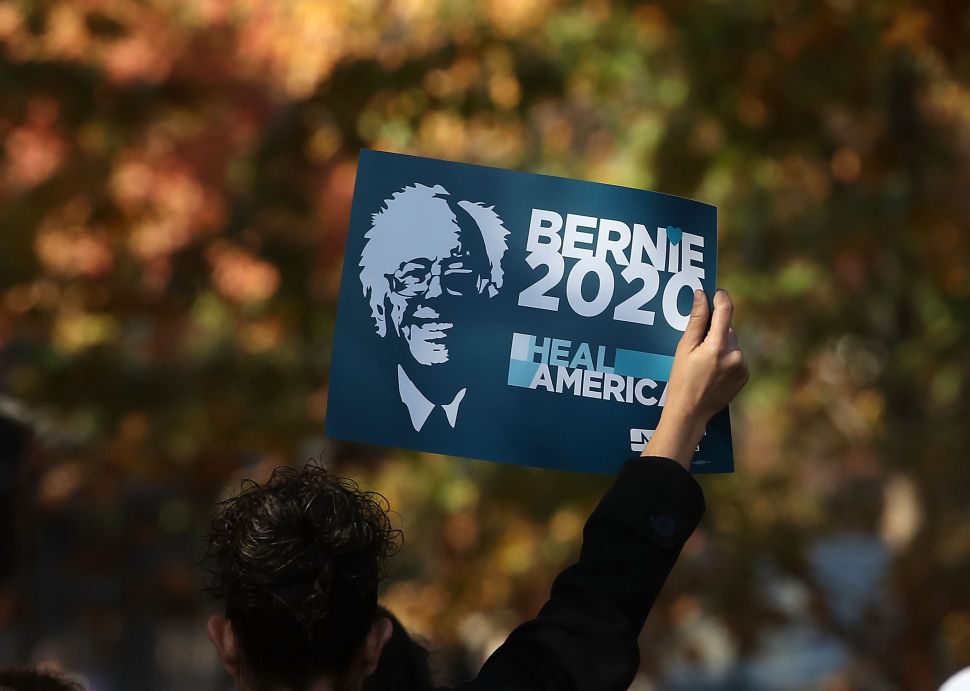