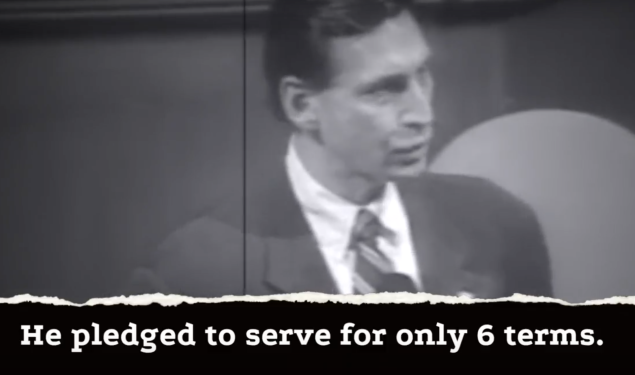 The campaign of Democratic newcomer Dave Cole unveiled its newest attack ad against longtime congressman Frank Lobiondo. Cole, who is trailing badly according to a recent Stockton University poll, has been unrelenting in his criticisms of LoBiondo for accepting donations from Donald Trump throughout his long tenure in the House, but the new ad takes aim at Lobiondo’s longevity itself.

The ad uses 1997 footage of LoBiondo making a speech about the importance of strict term limits, the same year he signed a pledge saying he would only serve six terms. LoBiondo is now likely on the verge of his 12th.

“Creating a healthy turnover among members will make our federal government less responsive to the needs of special interest groups,” says LoBiondo in the video. “And I think it is somewhat questionable if you can do that after 25 years….I don’t imagine our Founding Fathers ever would have envisioned elected officials making a career out of politics.”

That Stockton poll found LoBiondo in the lead by 26 percentage points, 59 percent to 33.5 percent.

Despite Trump’s unpopularity among New Jersey Republicans in Trenton, Cole’s efforts to tie LoBiondo to the real estate magnate and his checkered business record in Atlantic City have largely fallen flat due to a lack of both name recognition and the kind of fundraising bonanza that is fueling Democrat Josh Gottheimer’s bid against incumbent Scott Garrett in the 5th congressional district. 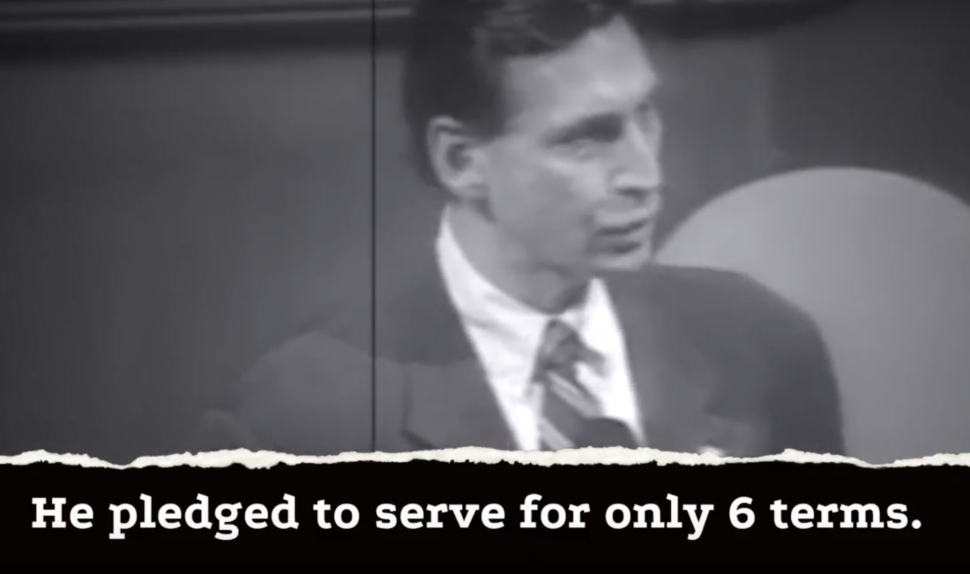