The agency’s contracts with these senior centers require them to comply with Federal Executive Order 13166, signed by then-President Bill Clinton in 2000, which imposes requirements such as providing services in Spanish, Chinese, Russian, Korean, Italian and Haitian Creole, translating essential public documents, giving interpretation services and posting signs in visible locations about the availability of such services. The Oct. 20 audit—which focused on both the agency and its contracted centers—found that neither the telephone interpreting service LanguageLine nor any other similar services were available at 27 out of the 32 centers auditors visited, or 84 percent.

Officials at the other five centers told auditors that they recently started some aspects of language access services.

Inspectors also found that 75 percent of sampled centers did not have required multi-language signs indicating free interpretation services were available. And although the agency itself has had a language access plan since 2009—contrary to contract requirements—the majority of the centers did not have individual language access plans as recently as March, the date of auditors’ last visit to the centers.

“Here in New York, we welcome and support immigrants—it’s who we are,” Stringer said in a statement. “But when we shortchange our seniors, and when we don’t deliver the services we say we’re going to, we are not giving residents a fair shot. It’s unacceptable—and the city must do better.”

Auditors also found that the agency’s only outreach to senior centers to ensure that they provide meaningful language access to services were in letters from January and February after the audit had been announced.

A spokeswoman for the Department for the Aging said that all of the agency’s centers are equipped to serve individuals with limited English proficiency, including free interpretation services. She also said that all centers have signs notifying seniors of the availability of free language assistance and that staff is trained to ensure individuals with limited English proficiency can receive the help they need.

“New York City’s seniors speak a variety of languages, and the Department for the Aging is committed to ensuring all of our diverse communities have access to the critical services offered at senior centers,” the spokeswoman said in an emailed statement.

The audit says that the agency has undertaken its recommendations, which include making sure that at a minimum, senior centers develop and submit a language access plan to the agency, contract with a language interpretation service provider like LanguageLine and provide the necessary training to their staff on the use of such a service.

The other two recommendations called for ensuring that the signs were displayed prominently at each center’s entrance and monitoring senior centers funded by the agency to verify that they are complying with the terms of the contract.

But there appears to be discrepancies between the comptroller’s study and the city’s internal estimates as to the number of senior centers under the department’s ambit, well as its total budget and how much was allocated for the centers.

But the Department for the Aging says that its fiscal year 2016 budget was $321 million, with its final budget for senior centers at $141 million and that $238 million was contracted out for all senior services, representing 88 percent of the agency’s entire budget—numbers it says have been confirmed by the Mayor’s Office of Management and Budget.

They also said the agency funds 250 senior centers and 17 social clubs, saying that Stringer’s figure of 260 may include centers that are funded with discretionary monies from individual City Council members. And average daily attendance, they said, was 29,674 for fiscal year 2016, compared to 28,100 for fiscal year 2015.

The comptroller’s office said the audit’s budget numbers stem are the numbers the agency reported at the time that the Council’s Fiscal Year 2017 Executive Budget report for the agency was originally drafted. It concluded that 60 percent of the budget funded the centers by using the dollar amount allocated for senior centers and meals in the Council report.

They also said that the agency gave them a list of all of its senior centers, part of the reason why they reported 260 centers. And the average daily attendance numbers came from the Preliminary Mayor’s Management Report for Fiscal Year 2016.

Stringer is the most prominent Democratic critic of the de Blasio administration after Gov. Andrew Cuomo, and many have speculated he might challenge the mayor in next year’s September primary. 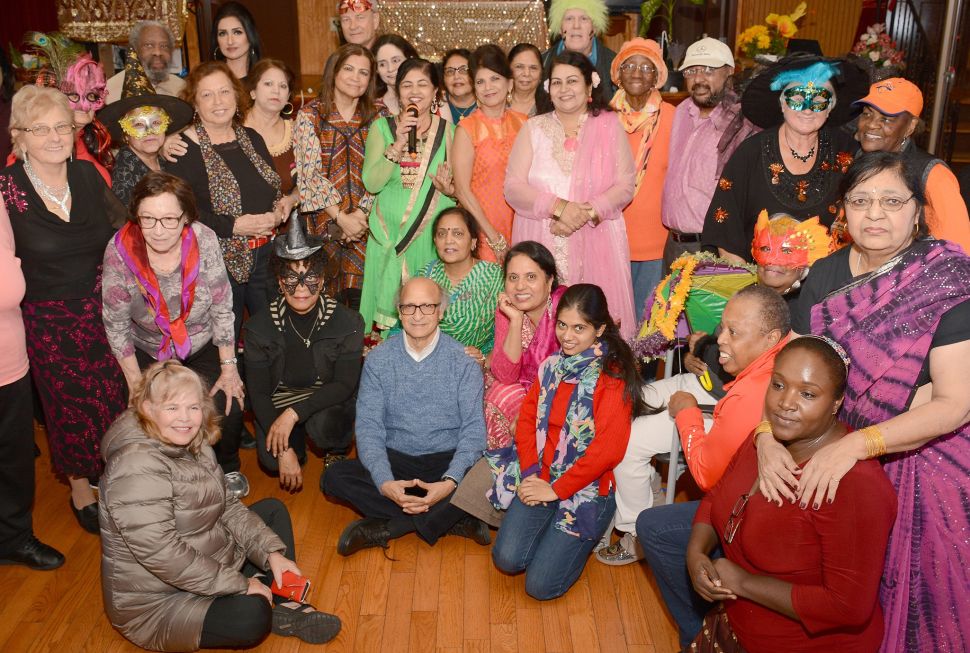