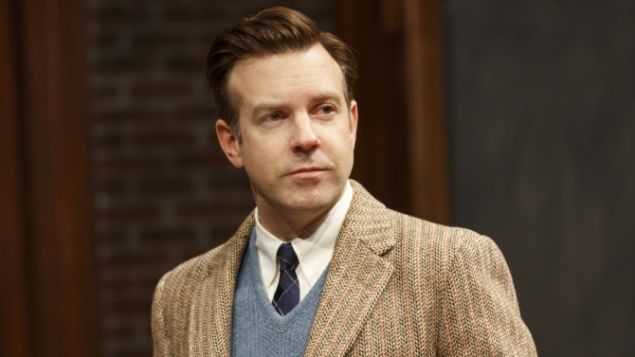 Old movies looking for a second wind don’t go to some screening room in the sky. They go to New York for new life. The latest in a long line of dust-offs is the current production of Dead Poets Society, the popular 1989 film by Australian director Peter Weir that catapulted Robin Williams from TV comic to valuable cinema star, as a charismatic but impractical and unorthodox teacher of English literature in a rigid New England prep school who changes the hearts and minds of his students forever. Cut down to 90 minutes without intermission in a claustrophobic playing space the size of a large beach towel, the stage version of the widescreen movie loses some of its depth, breadth and balance, but a cast of youthful unknowns, and the star performance by Jason Sudeikis, add charm and brio to an evening that sometimes appears rushed and never quite lives up to its fondest movie memories.

Sudeikis, the Saturday Night Live alumnus whose career, up to now, has consisted of a disillusioning crew of dismal sex comedies and farces that nobody remembers, on screens big (Hall Pass, Horrible Bosses, Sleeping With Other People) and small (Son of Zorn) that add up to a forgettable résumé. This is a shame because in the right project he’s a thoughtful and resourceful actor of varied moods and emotional swings who can make you laugh and touch you sweetly at the same time. As Professor John Keating, a fish out of saddled with the sudden responsibility of transitioning fragile boys from youth to maturity on the scary threshold of manhood and bucking impossible old-fashioned odds to do it, he keeps the viewer entranced as though competing in a suspenseful spectator sport.

The year is 1959, the setting is the stuffy, conservative Welton Academy, where boys in dress-code white shirts, rep ties and blue blazers are taught the principles of tradition, honor, discipline, and excellence. They work hard, obey orders, follow rules and turn into cookie-cutter clones of their fathers, who expect them to become lawyers or lawyers, but never show passion about alternative paths or sensitive ambitions their parents consider nothing more than mere, irrelevant footnotes in life. This is the year it all changes with John Keating, a newcomer to the faculty who quotes Walt Whitman and encourages his students to share his passion for poetry and literature, and find themselves in the bargain. Mr. Keating turns the halls of ivy upside down, which goes against the grain of the old guard headmaster (another fine performance by veteran actor David Garrison), who believes a little free thinking goes a long way. The result is a battle of wills between a challenging nonconformist, the cold and repressive school, and the eager, responsive students, who have never met anyone like their new instructor. He’s witty, eccentric, off the wall, and his teaching methods are so unorthodox that on the first day of the winter semester, he demands that the boys tear entire pages out of their textbooks.

Sudeikis, like Robin Williams in the movie, gets a chance to show off his comic talent for voices when he tries to teach fresh ways to appreciate the great speeches in Shakespeare by imitating movie stars as Macbeth and Julius Caesar. Naturally, his class adores him. His passion is contagious. He encourages his charges to respect words and ideas, to think for themselves, to stand up and be counted in life. This is no sentimental Robert Donat in Goodbye, Mr. Chips, but you get the picture.

Two students in particular learn the most from his rebellious spirit—Neil (Thomas Mann), a bright potential leader with a talent for acting in the school play and editing the school paper, suppressed by a stern, unyielding father, and Todd (Zane Pais), a shy, insecure follower who stutters. Mr. Keating encourages them to trust their own instincts, express their own beliefs, form their own values and come out of their shells to battle their adversaries and find the poetry inside themselves and each other. The “Dead Poets Society” is a secret club that allows the boys to indulge their wildest romantic fantasies—drinking beer and reading poetry to girls after curfew in a cave in the woods lit by candlelight. Pretty innocent stuff, but ultimately their teen rebellion leads to tragedy for Neil, and his favorite teacher becomes the scapegoat.

The play is really about conformity vs. ideology and the high cost of standing up for your own beliefs, and it bothered me that the teachers, parents and other adult role models are so vitriolic, to the point of caricature. Still, the acting is fine, the adaptation by Tom Schulman from his original Academy Award-winning screenplay, despite the brevity of such a reduced playing time, squeezes in the high points—all guided without clichés by director John Doyle. Dead Poets Society symbolizes the Eisenhower years, when youth began to eschew the narrow planes on which their parents had shaped their lives and look for broader definitions and goals. The movie is better, but the play is worth a visit for the insights and the ensemble acting. 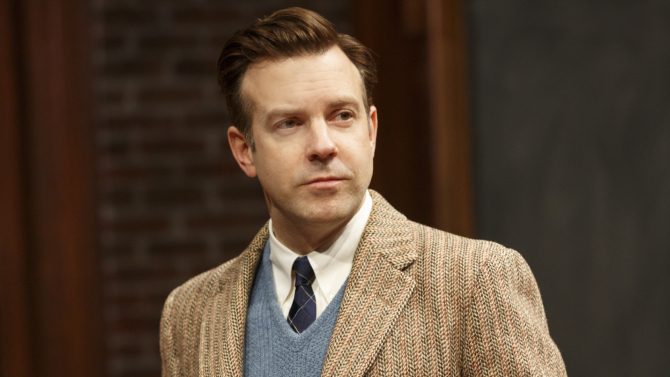