Hillary Clinton told a group of supporters this week that FBI announcements about her emails less than two weeks before the election hurt her campaign. Some say the announcements may have cost her the election.
Politics is not criminal activity and law enforcement should stay out of it!

For the preservation of our Democratic Republic it needs to be the last time!

It is time for lawmakers to decriminalize laws relating to elected officials. Criminal components should be removed from laws relating to filing incomplete or incorrect forms, campaign finance laws, and statements required by contributors whose businesses receive public contracts. People should not go to jail for causing traffic or for committing so-called “crimes” that do not involve personal enrichment.

The conviction of Bridget Kelly and Bill Baroni should be overturned. They should lose their jobs but they should not go to jail.

While the Clinton matter involved the discretion of the FBI, which has independent power to investigate “crimes,” prosecutors also seem compelled to apply laws to cases where they feel they might be criticized if they don’t prosecute. Some actually think they are doing God’s work by finding laws to use against selected officials who they deem to be bad but too popular to lose an election.

The case against Senator Robert Menendez is an abomination and should be dismissed.

U.S. Attorneys play an essential role in our country’s criminal justice system, serving as the chief prosecutor for the United States in federal cases. Their jobs include launching and directing criminal investigations, presenting cases against defendants, recommending the sentencing of offenders, and serving as the only attorneys permitted to participate in grand jury proceedings. Accordingly, federal prosecutors have extraordinary power to determine the fates of those they suspect of breaking the law.

“The prosecutor has more control over life, liberty and reputation than any other person in America,” former U.S. Attorney General and Supreme Court Justice Robert H. Jackson told a conference of federal prosecutors in 1940. “With the law books filled with a great assortment of crimes, a prosecutor stands a fair chance of finding at least a technical violation of some act on the part of almost anyone.”

The Creation of the Federal Public Prosecutor

The role of the federal public prosecutor dates back to the earliest days of our country. The Judiciary Act of 1789 authorized the appointment in each judicial district of a “Person learned in the law to act as attorney for the United States…whose duty it shall be to prosecute in each district all delinquents for crimes and offenses cognizable under the authority of the United States, and all civil actions in which the United States shall be concerned…”

The Rise of Expansive Prosecutorial Discretion

U.S. Attorneys are still under the supervision of the Justice Department. The U.S. Attorneys’ Manual outlines the “principles of prosecution” that federal prosecutors must follow. With regard to initiating and declining charges, the manual states that “[t]he attorney for the government should commence or recommend Federal prosecution if he/she believes that the person’s conduct constitutes a Federal offense and that the admissible evidence will probably be sufficient to obtain and sustain a conviction.”

The manual also highlights three situations in which the prosecutor may properly decline to take action: “when no substantial Federal interest would be served by prosecution; when the person is subject to effective prosecution in another jurisdiction; and when there exists an adequate non-criminal alternative to prosecution.”

Once a prosecutor determines whether to prosecute, dismiss, or accept a plea bargain, the decision is largely set in stone, absent a clear constitutional violation. The federal courts generally rely on the doctrine of the separation of powers to limit judicial review of the exercise of prosecutorial discretion. The Supreme Court affirmed the theory in Heckler v. Chaney, 470 U.S. 821, 832 (1985), stating “the decision of a prosecutor in the Executive Branch not to indict . . . has long been regarded as the special province of the Executive Branch.”

In addition to deciding who to prosecute, U.S. Attorneys also wield great power because they determine which crimes to charge. Title 18 of the U.S. Code currently contains more than one thousand distinct crimes; by comparison, there were just 183 offenses in 1873. As confirmed in United States v. Batchelder, 442 U.S. 114, 123–24 (1979), the Supreme Court “has long recognized that when an act violates more than one criminal statute, the Government may prosecute under either so long as it does not discriminate against any class of defendants.” In fact, the discretion of federal prosecutors is so broad that it permits the filing of different charges against “[t]wo persons [who] may have committed what is precisely the same legal offense[.]” Newman v. United States, 382 F.2d 479, 481–82 (D.C. Cir. 1967).

Legislators cannot count on any chief executive to reform the criminal justice system. Except for instances where elected officials use their office to enrich themselves, the Legislature must start repealing laws and pull back on those laws that create too much prosecutorial discretion. 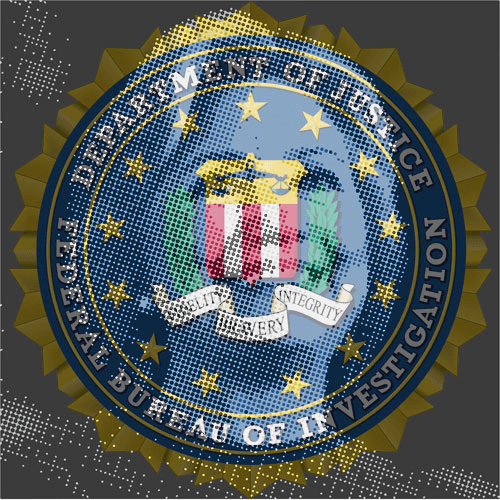