In the wake of Hillary Clinton’s loss to Donald Trump, the wealthy donors that propped up Clinton’s candidacy are consolidating their power within the Democratic Party to ensure they remain in control.

Billionaire George Soros gave over $17 million to Democrats this past election cycle, and his son Alexander Soros donated an additional $3 million. The majority of that money was given to the Clinton Super PAC Priorities USA—not to push for progressive or liberal ideals but to attack Republicans. According to FEC records, George Soros has donated over $24 million to Democratic Party Super PACs in just the past few years, in addition to hundred thousands of dollars to other Democratic Party campaigns and committees. His children, Alex, Andrea, Robert, Jonathan and Gregory have also been prolific donors to Democratic organizations.

The emails released by WikiLeaks from Clinton campaign chair John Podesta provided some insight into the access these donations provided Soros. The Clinton campaign spent a great deal of time keeping its wealthy donors happy, while the concerns of average voters weren’t even on the radar.

While formally announcing he was running for chair of the DNC, Ellison cited Alex Soros as one of his supporters, putting into perspective why Sens. Harry Reid and Charles Schumer also endorsed Ellison for the position. Endorsements from top Democrats, including Sanders, makes it likely that Ellison will be the next DNC chair.

Ellison was one of the few elected Democrats in office to formally endorse Sanders, though he switched his support to Hillary Clinton before the Democratic National Convention while other surrogates, including Rep. Tulsi Gabbard, refrained from doing so until afterward. Clinton campaign staffer Marlon Marshall wrote in a July 2015 email later released by WikiLeaks, “I think it’s also worth her calling Keith Ellison. More likely than not that he goes to Bernie but Nydia and Mikulski and Klobo all said he’s on the fence. If we steal him from Bernie it’s a huge deal—and at the very least we could pacify him if he does go to Bernie.”

Though Ellison offers the most progressive and pragmatic solution for a DNC chair, his ties to George Soros need to be addressed. Campaign finance reform has little chance of success so long as billionaires like Soros are able to entangle political parties in a web of large donations, Super PACs, think tanks and policy advocacy groups. If Democrats want to truly move forward and recover after failing to recoup a majority in both houses of congress, and suffering an embarrassing defeat in the presidential election, they need to disavow funding and influence from billionaires, especially Soros. 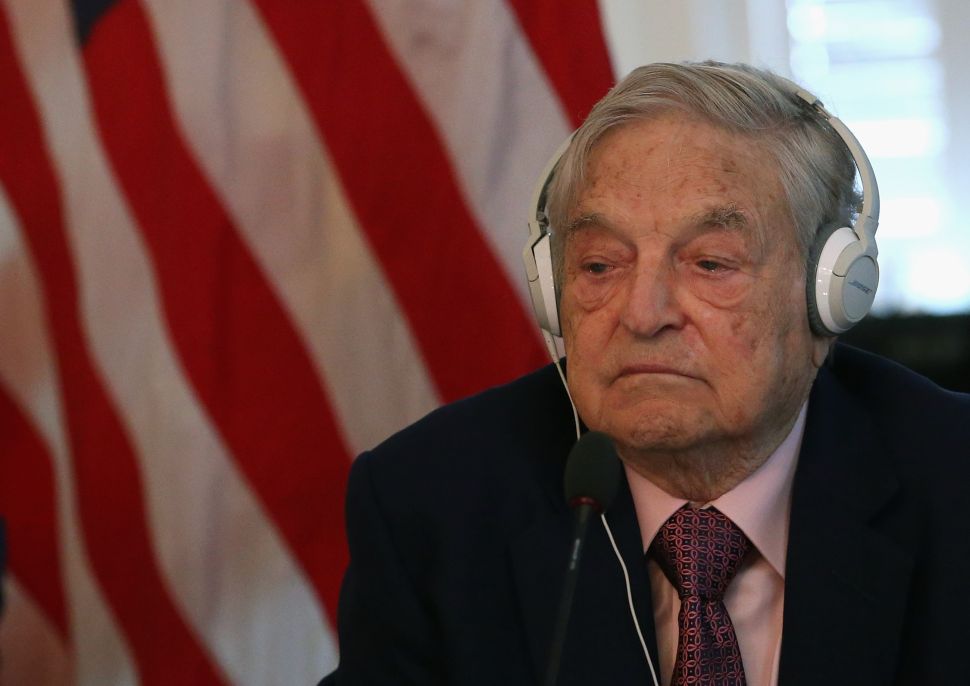