The contemporary opera Fallujah, which had its New York City Opera premiere last night, certainly has its heart in the right place. The subject matter is Posttraumatic Stress Disorder, as depicted in a Marine veteran who suffered a particularly horrific tour of duty in Iraq, and the creators, composer Tobin Stokes and librettist Heather Raffo, have clearly taken their duties very seriously indeed.

Yet this mountain of good intentions has failed to produce a good opera. Dramatically hackneyed and musically timid, Fallujah feels depressingly trivial, especially in contrast to its explosive subject matter. Even so surefire (if predictable) a scene as the reconciliation of the tormented vet and his anguished mom left hardly a wet eye in the house.

Raffo’s libretto does have the virtue of being straightforward, beginning with the vet, Philip, under observation in a VA hospital after a suicide attempt. Flashbacks to the war, though, teem with clichés. Philip’s buddy Taylor’s hitch is almost up, and he sings an aria looking forward to seeing his wife and infant daughter soon. Though Todd Strange performs this solo in a clear, tender tenor, you can hardly take his optimism seriously. As anyone who has seen a war movie in the past 50 years will guess, poor Taylor is not long for this world. Hardly has he sung his last high note before he gets blown to bits.

The performances, though, are so strong you can’t help wishing the singers had a better opera to sing. LaMarcus Miller sustained the high tessitura of the role of Philip effortlessly in his muscular, vibrant baritone, and he actually looked like he could be a Marine, muscular and physically taut.

Also excellent were the only two women in the cast. Suzan Hanson’s rich vibrato lent a sense of emotional generosity to Philip’s prim mother. As the mother of an Iraqi boy Philip befriends (do I need to tell you that relationship leads to tragedy?) Ani Maldjian brought dignity to her keening of Stokes’s faux-Middle Eastern laments.

Conductor Kristof Van Grysperre whipped up a big sound from his teeny orchestra, but Andreas Mitisek’s production, crammed into the Duke Theater, felt short of both budget and imagination.

While it’s admirable that NYCO continues to pursue its mission of presenting new American operas, the company needs to find material that will, unlike this Fallujah, appeal to both hearts and minds. 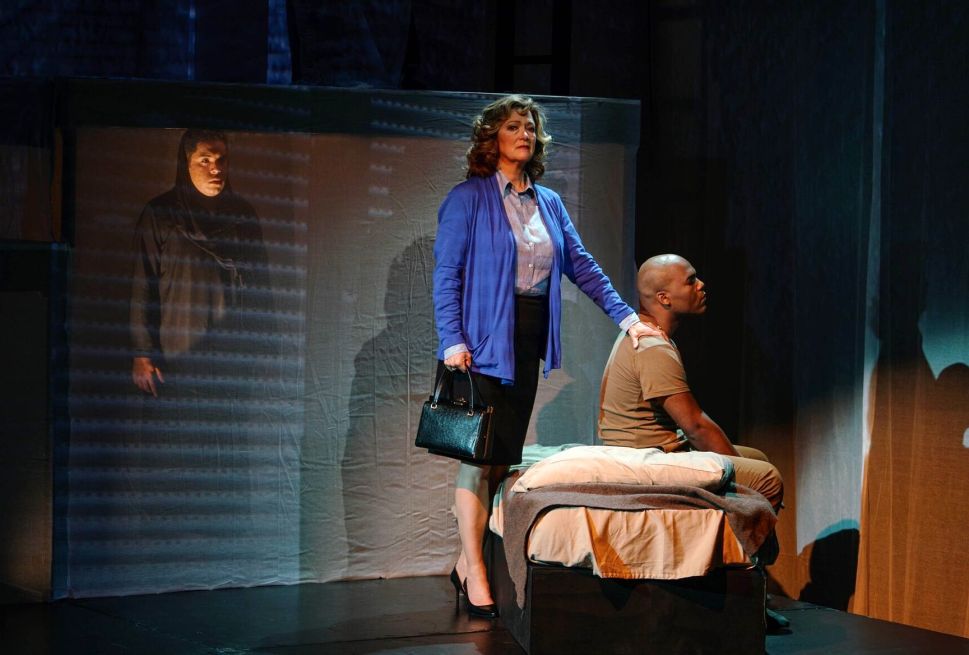