Luxury retailers are riding the wave as Miami’s Design District continues to flourish with the addition of new galleries and public installations. It continued last night with no less than three luxury fashion houses, among many more, hosting store parties at their Design District boutiques, all of which opened within the last two years or less.

It started at Dior, to celebrate the launch of the Lady Dior Art handbag range in which seven artists reinterpreted the iconic Lady Dior accessory with their own twist. The limited edition bags, designed coincidentally enough by a group of seven male artists—Ian Davenport, Mat Collishaw, Jason Martin, Marc Quinn, Daniel Gordon, Chris Martin and Matthew Porter— will be available for purchase at the brand’s Design District store for the rest of the week inside of a site-specific installation created for the launch. Dior obsessives who came out to fête the limited edition range included model Petra Nemcova, Charlotte Sarkozy, and social fixture duo Laura Love and Derek Blasberg, both of whom indulged in the fluorescent-hued cocktails on offer at the store’s newly debuted rooftop party spot.

It was then onward to Loewe, where the store space debuted a new exhibition hanging among the racks of clothes and shelves of now-signature Elephant clutches. The exhibit entitled “Chance Encounters II” features the works of William McKeown and John Ward, both of whom were selected for the showing by Loewe’s own Creative Director, Jonathan Anderson, who held court at the retail outpost throughout the evening.

MM6 Maison Margiela took a similar approach, hosting an in-store party at the brand’s Design District pop-up shop to celebrate a live installation by Aaron De La Cruz. Chelsea Leyland was on hand to DJ the event, while inimitable party fixture, and shadowy real estate scion, James Goldstein made a brief appearance with model Vaida Urmul on his arm. 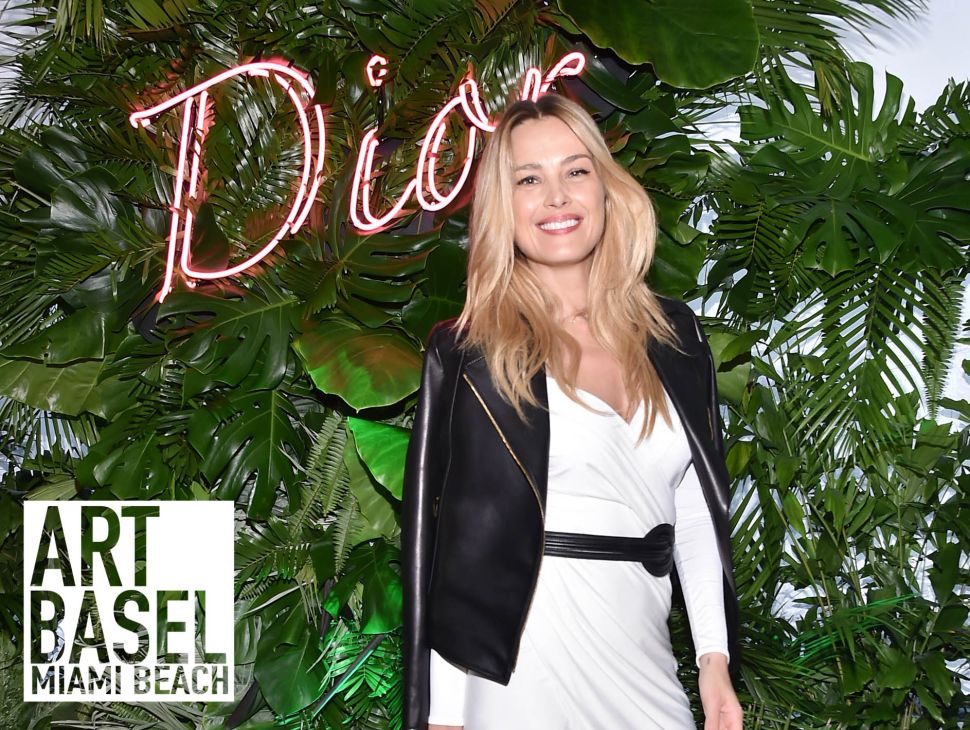