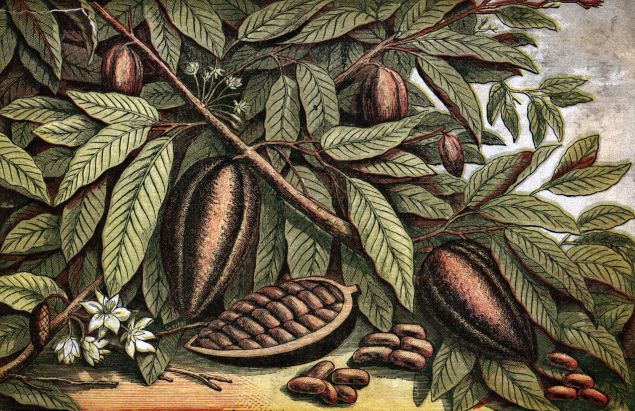 circa 1800: A branch carrying the fruit of the the obroma cocao. Photo: Hulton Archive/Getty Images

When the snow begins to fall and temperatures take a dip, a hot cup of cocoa does more than simply warm you up. This ancient drink traces its history back 2000 years ago to the Mayans during which the taste back then would have been significantly different—can you imagine the taste of cocoa seed paste, water, cornmeal, and chili peppers mixed together and served cold?

Not exactly how we think of cocoa nowadays. It wasn’t until cocoa was introduced in Europe during the 1500’s as to when sugar was used in place of the chili pepper to help sweeten it up making it more like the beverage we know and love today.

Many of us may think we’re simply drinking a sinfully rich, chocolaty beverage that tastes good. But, don’t be fooled. A cup of cocoa may have surprising health perks possibly playing an important role in your overall wellness.

A cup of cocoa may have surprising health perks possibly playing an important role in your overall wellness.

Cocoa comes from the cocoa tree and is considered to be a complex plant product containing over 300 different constituents including cocoa butter, magnesium, potassium, iron and zinc, polyphenols in addition to tyramine, tryptophan, and serotonin. Some people may consider anything containing chocolate is automatically bad and while there are many chocolate products that are unhealthy and calorie dense, it is due to the amount of sugar added to them and not to cocoa itself. Cocoa powder which comes from the cocoa bean contains many important nutrients providing numerous health benefits:

Numerous studies have shown cocoa contains polyphenolic flavonoids, antioxidants known to have the potential to prevent heart disease. Consuming cocoa may help lower blood pressure and improve cholesterol levels by decreasing “bad” LDL cholesterol and increasing “good” HDL cholesterol. Cocoa does not have an effect on triglyceride levels which is good. Triglycerides are a type of fat in our blood and elevated levels are associated with heart disease.

Flavonoid-rich cocoa may have a positive impact on another disease – diabetes. Clinical and experimental evidence has shown a possible connection of cocoa helping reduce risk factors for diabetes. In addition, people who drank cocoa were better able to utilize the hormone insulin, helping to regulate blood sugar.

May reduce risk of Alzheimer’s and Parkinson’s disease

Studies have suggested that daily intake of cocoa flavanols can enhance blood flow to the brain. A 2016 study found elderly volunteers who consumed flavanol-rich cocoa for 2 weeks had a 10% increase in blood flow velocity to the middle cerebral artery in the brain.

Cocoa contains a substance called phenethylamine, a neurotransmitter found in the brain acting as a mood lifter and natural antidepressant. Cocoa may also boost endorphins, those same chemicals released after exercising, laughing, or having sex that gives us a natural high. One other neurotransmitter cocoa may improve is serotonin, which prescribed antidepressants target to increase feelings of wellbeing.

A study conducted at Cornell University found that the antioxidant concentration in hot cocoa is almost twice as strong as red wine. The concentration was even two to three times stronger than that of green tea and four to five stronger than that of black tea. Notice, it emphasizes “hot” cocoa – more antioxidants are released when it is heated up.

To sum it up

Drinking hot cocoa is always a delicious treat but it does have its caveats.   How it’s made can make a big difference. If you make it with whole milk, chocolate syrup and whipped cream on top, the health benefits go down several notches. That’s a lot of saturated fat and added sugar defeating the purpose! Choose cocoas lower in fat and sugar and know that the higher the cocoa content – look for 100% cacao – the more antioxidants it provides.

To maximize the health benefits of cocoa, buy the least processed and unsweetened cocoa you can find. Not only will it contain more nutrients, but cocoa in its raw form, has four times the antioxidants as processed cocoa. Look for it at health food stores or in the health food section of your supermarket.

Relaxing on a cold winter night sipping a cup of cocoa may feel like a guilty pleasure but you can indulge away guilt free knowing it’s a drink to your health. 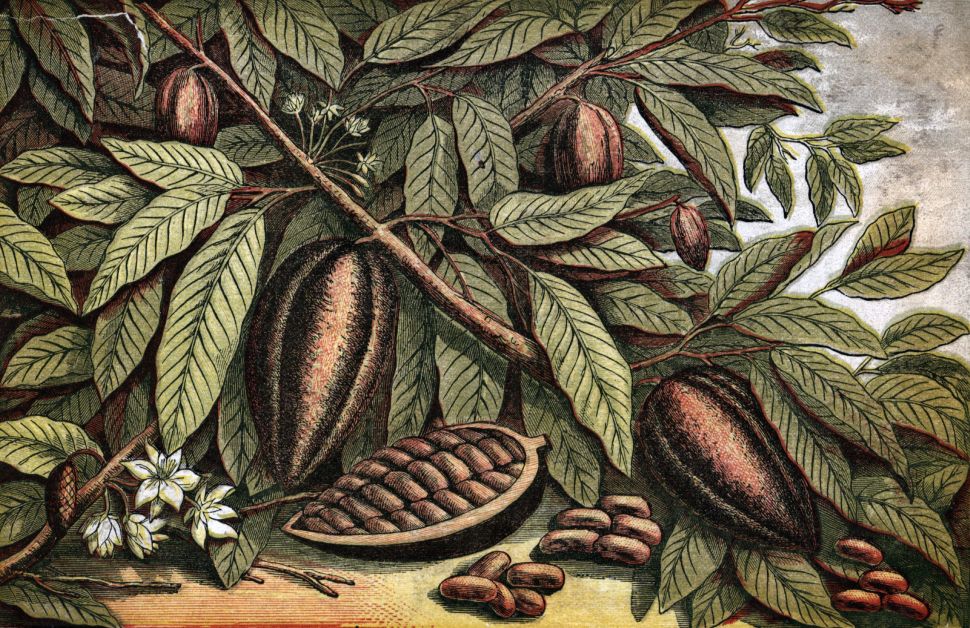