In his “100-day action plan to Make America Great Again,” Trump said that he would “cancel all federal funding to sanctuary cities,” roll back almost all of President Barack Obama’s executive actions, deport what he claims are “more than two million criminal illegal immigrants from the country” and scrap visas to foreign countries that won’t take them back. Although less than 9 percent of the city’s overall budget is comes from federal aid—excluding Community Development Block Grant-Disaster Recovery and other Hurricane Sandy-related aid—11 out of more than 40 mayoral agencies that represent 59 percent of total city spending get 92 percent of federal grant aid, according to Stringer’s initial analysis of federal funding, which he conducted to pinpoint what’s at stake for New Yorkers ahead of Trump’s inauguration in January.

“I urge President-Elect Trump to remember that behind every federal line item is a human face—a family in need, a victim of domestic violence, an AIDS patient, a hungry school child,” Stringer said in a statement. “We are a city that welcomes immigrants—we don’t turn people away based on where they’re from or what language they speak, and that must not change.”

Following Mayor Bill de Blasio’s address at Cooper Union Monday morning, Stringer had told reporters that he would roll out the results in one or two weeks and pointed out that budget season was fast approaching.

More than 39,000 households benefit from Section 8 Housing Choice vouchers, which are completely funded by the federal Department of Housing and Urban Development, according to the analysis. If federal funding is taken away, the city would either have to cover the $482 million line item or tens of thousands of New Yorkers will become homeless.

The NYPD receives 61 percent of its $380 million Intelligence and Counterterrorism budget from the federal government and Child Protective Services—delivered by the Administration for Children’s Services—could see nearly half of its $247 million budget slashed if it loses federal assistance.

The city could also suffer a loss of almost 40 percent of the $1.5 billion in public assistance grants the Human Resource Administration hands out to more than 600,000 New Yorkers.

And the federal government almost entirely finances the Department of Health and Mental Hygiene’s HIV/AIDS Prevention and Treatment program. The program’s budget is more than $194 million, and 86 percent of patients enrolled in Ryan White-funded city programs receive an antiretroviral prescription.

In July, City Council Speaker Melissa Mark-Viverito commissioned an analysis on how much Trump’s plans to deport undocumented immigrants and ban Muslims from entering the country would cost New York City. The Council’s analysis found that it would cost New York City and State nearly $800 million in tax revenue and lead to a decrease of 340,000 jobs.

At the time, the speaker’s office said that undocumented immigrants contribute $793 million per year in state and city taxes and that they would bring in an extra $176 million if they were given a path to citizenship.

Stringer said earlier this week he has looked at all of the reports but that his office does his own research and has the advantage of “having some good fiscal data.”

The mayor promised to take legal action to block Trump’s Muslim registry proposal if he decides to implement it at the Cooper Union address and said he would provide undocumented New Yorkers with lawyers to protect them and their families if Trump tries to deport undocumented immigrants.

But a day later, he would not specify what legal action would look like—though he maintained that he and other mayors across the country would fight in court—nor explain how the city would handle retaliatory cuts to federal funding for the NYPD, the New York City Housing Authority and the city’s public hospital system.

The comptroller’s findings come amid reports that protecting the president-elect, his family and his properties runs the city more than $1 million a day. 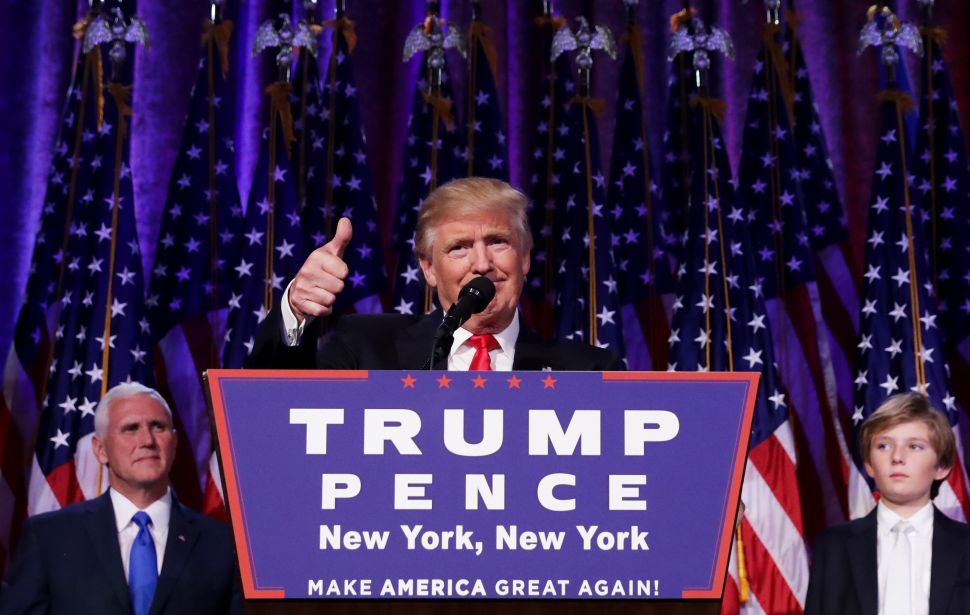