Jared Leto is listing his former 4,021-square-foot home in the Cahuenga Pass area of Hollywood Hills, asking $2 million for the rather modest four-bedroom, three-bathroom house. Leto purchased the home, which is situated on .29 acres, for $1.65 million in March 2006. The interiors look perfectly, well, fine, and there are two master suites, chocolate brown hardwood floors throughout, and a “minimalist” fireplace, if anyone knows what that means. Outside, there’s a pool, spa, firepit, and a detached two-car garage. Leto sure did upgrade, though—in 2014, the actor purchased “Lookout Mountain Laboratory” for $5 million. It’s a warehouse-like complex in Laurel Canyon, on 1.7 acres with over 50,000 square feet of multi-level interior space, including eight bedrooms, 12 bathrooms, and multiple kitchens. (Variety)

If there’s anyone out there who found the Grey Gardens HBO film or the documentary particularly intriguing, and who might be able to get past the image of raccoons and actual filth in the cinema portrayals, you’re in luck! The East Hampton estate where “Big Edie” and “Little Edie” Bouvier Beale (relatives of Jackie Onassis and Lee Radziwell) resided and lived in pretty much total squalor is now on the market as a rental for the holiday season. Obviously, the 28-room, 6,000-square-foot manse has gone through quite a few changes…in fact, it has been entirely restored, and it’s actually really gorgeous now, at least per the listing photos. It’s asking $7,500 for Thanksgiving week and $12,500 over the week of Christmas, and there’s a pool and a tennis court on the 1.7 acres of land, according to the listing held by Corcoran broker Gary DePersia. (New York Post)

Ziel Feldman’s HFZ Capital Group reportedly completed an approximately $500 million refinancing of four of its condo buildings, located at 301 West 53rd Street, 88 and 90 Lexington Avenue and 235 West 75th Street. The loans appear to replace existing financing 2013 financing from Deutsche Bank. HFZ and Fortress Investment Group purchased the four buildings from Westbrook Partners for $610 million in July 2013—at the time, it was a total of 743 rental units. HFZ and Fortress Investment Group proceeded to convert the units into condos, of which apparently about half have sold. (The Real Deal).

Though traffic is likely not at the top of everyone’s lists of concerns regarding the election results this week, just an FYI that apparently we can expect “Trumplock,” also known as a whole lot of traffic in midtown, around Trump Tower at 725 Fifth Avenue. The building will now likely have a four-year security ring, and “there will be more traffic disruptions and ‘Trumplock’ ahead,” former city Department of Transportation Commissioner Sam Schwartz told DNA Info. The residence was the focus of a protest Wednesday night, and NYPD barricades cut off traffic to nearby streets on Thursday. Future security measures for when Donald Trump is in the city should be expected, and eventually will likely mean traffic will be rerouted to Park, creating quite a bit of gridlock—the actual actions that will be taken for security aren’t yet clear. (DNA Info)

In other Trump news, Donald Trump’s childhood home in Queens is now expected to fetch more than ten times the amount it was previously on the auction block for. The sellers, Isaac and Claudia Kestenberg, are divorcing. They bought the five-bedroom Tudor in Jamaica Estates for $782,500 in 2008 and took it off the market last month, when they had already lowered the asking price to $1.2 million. Since the election, it has apparently “tripled in value, if not 10 times in value,” broker Dolly Lenz told the Post. Trump’s father, Fred Trump, built the house—there’s a fireplace, a formal dining room, a sunroom, and paneled study. It seems that a wealthy investor who wants a piece of “presidential history” may be attracted to it. The auction is scheduled for the first week of December. (New York Post)

In an unsurprising event on the West Coast, a tech billionaire purchased the most expensive home in San Francisco. Kyle Vogt, the 30-year-old co-founder of Twitch and Cruise Automation, paid $21.8 million for the seven-bathroom, seven-bathroom house at 2250 Vallejo Street. The three-story manse, which was listed with Compass, was originally built in the early 1900s for James Madison, though it’s gone through a few changes since. It was recently restored by the sellers, Bryan and Tara Meehan of Blue Bottle Coffee, though the Meehans apparently never moved in to the 9,095-square-foot abode. (SF Gate) 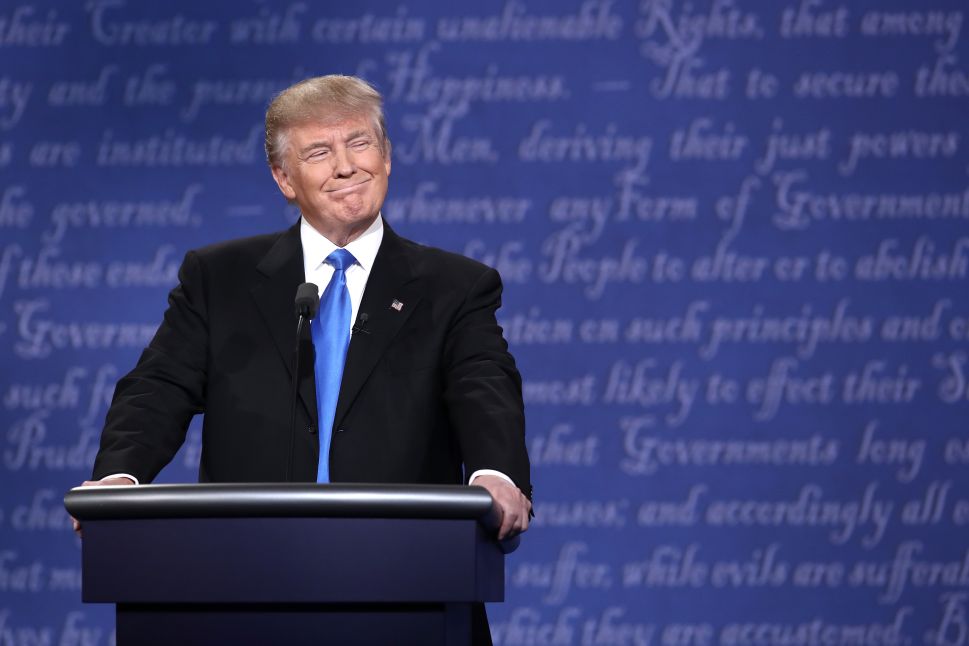