The divisive election our country just endured has revealed fault lines throughout society—including the workplace. Now, those political divisions threaten to impact staffing decisions as candidates and hiring managers adopt the use of a term introduced during the latter stages of this campaign: Deplorable.

It’s a simple enough word. The Merriam-Webster definition of deplorable as an adjective meaning “very bad in a way that causes shock, fear, or disgust” never seems to have been questioned or controversial.

That all changed when Hillary Clinton told an audience at a campaign event, “you could put half of Trump’s supporters into what I call the basket of deplorables.” She then specified that she was referring to, “The racist, sexist, homophobic, xenophobic, Islamaphobic—you name it.”

The transformation of this simple adjective into a noun loaded with pejorative connotations may be the Clinton campaign’s most lasting legacy as the word and its implications transcend the political and move into the general society and the world of work. Clinton has routinized the use of the most extreme and loaded rhetoric to tar the reputations of political opponents and the public has adopted her tactic and carried it forward into others areas of American life.

Clinton’s original intent was to set up a simple straw man argument: Everybody is opposed to X, Y, and Z. Trump and his supporters are X, Y, and Z. Therefore, everybody should oppose Trump.

While she was right that the overwhelmingly vast majority of Americans opposes racism, sexism, etc. as they are commonly understood, she overestimated the degree to which the public at large had bought into the progressive redefinitions of these terms.

For instance, most Americans view racism as the discrimination against or persecution of blacks and other minorities, based on their skin color or ethnic background. The term calls up visions of marching Klansmen, church burnings and Jim Crow. Racism of this type has been largely eradicated in America and, to their credit, most Americans of every political persuasion reject this kind of hateful behavior.

When Clinton refers to “the racist” though, she’s not referring to David Duke—or even Robert Byrd. She’s using a constantly evolving understanding of the term that continually twists to the advantage of progressives. In her parlance, someone who has the temerity to say “All Lives Matter” or refuses to accept the argument that all Caucasians in America unfairly benefit from “white privilege” in everything they do, can be labeled a racist. She could be talking about Republican soccer moms.

Likewise, somebody who questions the tendentious statistic that women are paid 77 cents for each dollar earned by men could be labeled sexist. If you accept the past two thousand years of Western tradition regarding marriage, you are homophobic. Recognizing that even a nation of immigrants has legitimate reasons to control its borders infers xenophobia. And, of course, discerning that while not all Muslims are terrorists, Islamo-facist terrorists are almost always Muslim can only mean you are Islamaphobic.

This attempt to reshape the vernacular is designed to reshape the arguments of the day in a manner that eliminates any defense. Instead of discussing issues, opponents have to constantly defend themselves against baseless charges of bias which automatically give the advantage to the side leveling the charges. In this environment, name calling pays.

Now that the election is over, partisans are using these same tactics to reshape the workplace in much the same way that the political landscape has already been reshaped. Last week, GrubHub CEO Matt Maloney sent a companywide letter to employees which was very critical of Donald Trump’s election, politics, and tactics arguing that Trump’s “behavior—and these views, have no place at GrubHub. Had he worked here, many of his comments would have resulted in his immediate termination.”

While Trump’s behavior and views were certainly controversial, the “deplorableness” of them is open to debate. Maloney left no doubt about where he stood, however, saying, “If you do not agree with this statement then please reply to this email with your resignation because you have no place here. We do not tolerate hateful attitudes on our team.”

Again, the term “hateful attitudes” is what is really at issue. Maloney later issued a clarification saying that “the message of the email is that we do not tolerate discriminatory activity or hateful commentary in the workplace, and that we will stand up for our employees.” Laudable, but his condemnation of Trump indicated that “hateful commentary” within GrubHub may not necessarily be the same as in the nation at large. In any case, employees at GrubHub certainly know where the boss stands on intolerance—and in the political arena.

This week at The Wall Street Journal’s CEO Council Sen. Elizabeth Warren warned those in attendance that “bigotry is bad for business.” Again, who can argue with that statement? Bigotry is bad for business and bad for America. The real question is whether someone is a bigot just because they don’t conform to the progressive version of reality laid out by the senior senator from Massachusetts. Warren is a huge proponent of diversity and diversity clearly is good for business. But is the good senator as comfortable with diversity of thought and opinion?  Those are good for business, too.

It’s not hard to imagine where this could lead. Imagine a hypothetical workplace of the near future. Ron is a Sales Manager of a small B2B manufacturing firm. He’s interviewing Christian for a Sales Rep position. Christian has the requisite education, experience, and industry contacts to excel in this role. He’s bright, personable, and accomplished. Still, there’s something that’s concerning Ron.

At the bottom of his resume, under a section titled “Other Interests” Chis has listed the organization Knights of Columbus. Hmmm. Catholic. Is this guy some bleeding heart—a social justice warrior? He’s probably for open borders. Anti-gun. Anti-death penalty. Our customers are real tough guys. How are they going to react to somebody like this?

Unable to make a decision, but unwilling to take a pass on such a qualified candidate, Ron decides to ask his colleague Debbie to meet with Christian. Debbie is the company’s Marketing Manager and they work closely together on a lot of issues. Ron and Debbie like and respect each other and work well together. Debbie, however, gets stuck on the same line on Christian’s resume. Catholic. How horribly backward. A defender of the patriarchy. He probably opposes women making their own healthcare decisions. We have gay people that work here. How are they going to react to somebody like this?

In the end, Ron and Debbie decide to take a pass on hiring Christian. He seems qualified, but they both agree that there’s something about him that just won’t quite fit at their firm.

As a recruiter, I see candidates passed over all the time. Sometimes for skill-based reasons: A candidate doesn’t have enough experience analyzing IRI data or operating a specific ERP system. Sometimes for personality based reasons: A candidate isn’t outgoing enough to excel in a sales job or has a bad attitude. Sometimes the client just can’t pinpoint a reason. There’s just something that makes them unfit for hire. Our current political environment has the potential for seeping into businesses and hiring decisions in ways not seen before. We’re creating new reasons to find qualified candidates unfit.

Business should be about groups of people banding together for a common goal. Differing skill sets combined to serve customers at a profit. That’s it. Political affiliation shouldn’t matter. Religion, race, sex and a whole variety of already legally protected factors shouldn’t influence hiring decisions. But we’re now crossing into the very dangerous area of classifying people by how they think and punishing them for thoughts that aren’t approved of by our political elites. Our politics are already suffering as a result. Our businesses will suffer as well and should firmly reject this notion.

Keith Liscio is the president of Patrickson-Hirsch Associates, an Executive Search firm specializing in the placement of marketing executives at consumer-focused organizations. He is also a Third Degree Knight of Columbus. Make of that what you will. 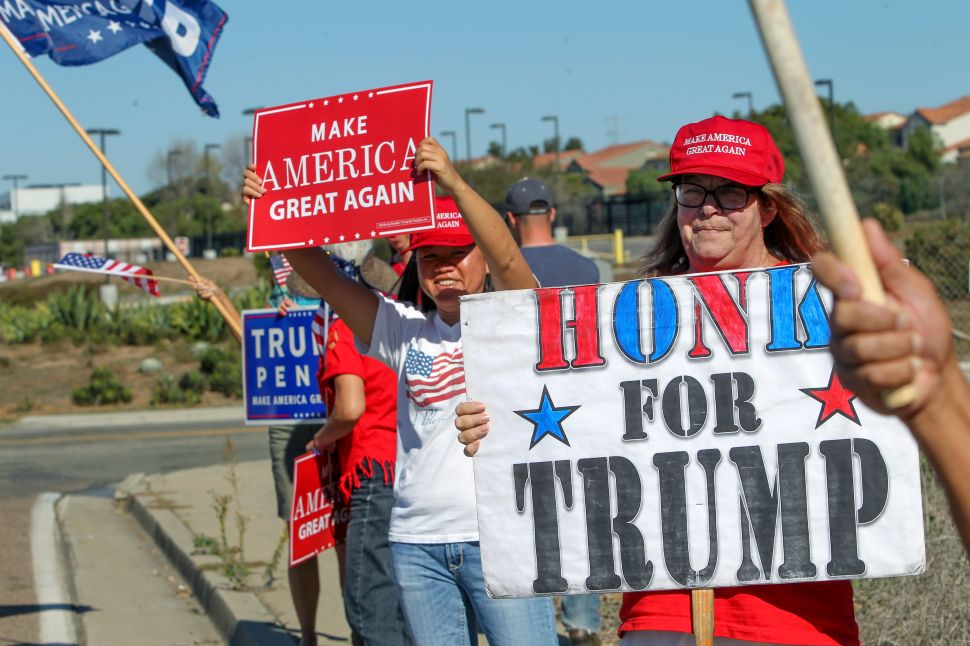