Japan is a nation idealized globally for its alleged reverence to tradition, harmony, aesthetics, and ancestry. In the culinary realm, viewers and readers are dazzled by reports of perfect melons, beautiful sushi, and kaiseki dinners. Ah, the food writer murmurs, closing his or her eyes while savoring a bite-size piece of blue fin tuna, if only the rest of the world was more like Japan.

In fact, and ironically, Japan is a world leader in environmental degradation. It is a nation ruled by elderly men who don’t think of tomorrow; the old live each day as if it’s the last. The way the environment is treated is at odds with global practices developed by younger generations of leaders.

That melon, and all of the other identical ones next to it, was created through massive amounts of petrochemicals. The sushi is often cut from fish that is an endangered species (and 99.9% is cut by men since Japanese believe women’s body temperatures are higher, which spoils the fish). Kaiseki dinners rely upon plants from soil that could produce higher yield crops and biodiversity.

So when hagiographic movies like, Jiro Dreams of Sushi, are bandied about and enter into world consciousness, what’s really going on?

There is a long history, sadly, of Japan utilizing propaganda to mask real intentions and actions. This is not to say that this remarkable island nation isn’t rich with complex and admirable values. But what we are seeing and hearing about its gastronomy is half the story.

Frankly, the propagation of Japanese superiority is rooted not just in its ancient bond between the military feudal states and Zen Buddhism, which gave the ruling class divine sanction. Then it was the gods that literally blessed the lords who created myths which justified their authority over nature. From bonsai trees to sculpted gardens to food that had to be identical and precise, the idea was mastery of nature. Disciple from Zen, control by land-owning lords.

But you don’t have to go back hundreds of years to discover Japanese propaganda that was used to justify environmental mayhem. Fast forward to World War II.

Brett Walker, writing in, A Concise History of Japan, makes this clear: “In 1937, the Education Ministry articulated the idea of Japan’s ‘unparalleled national polity’ in the Kokutai no hongi (Cardinal principles of national polity)…which linked Japan’s ‘beautiful nature not seen in other countries’ to its unique ‘national essence’…the Kokutai no hongi explained: ‘Natural features overpower India, and in the West one senses that man subjugates nature, and no deep harmony is found between man and nature as in our country. On the contrary, our people are in constant harmony with nature.’”

Using this story of superior harmony, the Japanese government systematically mistreated noncombatants who would “benefit” from Japan’s “civilized” attitudes towards nature. The idea that there is a national ethos of respect towards nature masks actual environmental practices.

It wasn’t until MacArthur introduced land reform legislation after World War Two that small farmers could own the land their families had cultivated for centuries.

And nowadays, for example, sushi chefs in Japan routinely serve a range of marine life listed as endangered by Seafood Watch, an independent non-profit organization that assesses environmental risks of overfishing, including: Blue fin tuna, eel, yellowtail, and sea urchin. When food writers wax about these chefs, like Jiro, they are collaborating in environmental degradation.

And neither chefs nor food writers discuss use of pesticides, extremely limited organic agriculture, and the use of fishing methods that contribute heavily to the depletion of the world’s fish.

Globally, Japan is the leader in drift netting, which involves using enormous nets that trap anything in their path—the United Nations General Assembly banned it in 1989, but Japanese fishermen continue the practice. The result is that hundreds of thousands of dolphin, sharks, skates, sea turtles, and other aquatic life are caught unintentionally, slaughtered, and tossed out.

It is no better on land.

The United States Department of Agriculture, notes that, “Japan uses much more pesticide per hectare than the United States—ten times as much insecticide, twice as much herbicide, and almost 50 times more fungicide, in 2007.”

Japan is not just a consumer of pesticides, it is one of the leading producers of synthetic chemicals that have a significant and deleterious environmental impact. On the list of the world’s top fifty chemical companies, published annually by Chemical and Engineering News, an independent industry magazine, eight Japanese firms, just over 15% of the entire sector, are identified with these ranks: 11. Mitsubishi (26.3 billion dollars in sales), 18. Sumitomo (17.8 billion), 19. Mitsui (17.2 billion), 21. Toray Industries (17 billion), 31. Shin-Etsu Chemical (11.9 billion), 36. Asahi Kasei (10.6 billion), 42. DIC (8.2 billion), and 44. Tosoh (7.7 billion). The entire global sales of all fifty companies is 961.3 billion dollars, which means that Japan produces a little over ten percent of the world’s synthetic chemicals.

Certainly when Japan allows young people to be leaders, the goal will be to catch up with standard practices in the rest of the developed world. Indeed, there exists in Japan admirable beliefs and high-end aesthetics which provide solace and meaning to life and gastronomy. The food is delicious, the country is beautiful, the culture has enormous depth, and the younger people are eager to join the world in terms of sustainability, organic produce, and environmental safety.

Jiro may dream of sushi, but he’s ninety-one years old. Maybe his grandchildren dream of other things, like sustainability and a clean environment. When you are old, and Japan is ruled by the old, men like Jiro, you don’t think of tomorrow.

Scott Haas is the author of Those Immigrants!, Back of the House: Secrets of Restaurant, and Hearing Voices and the co-author of Da Silvano. He is a James Beard award winner and a psychologist. 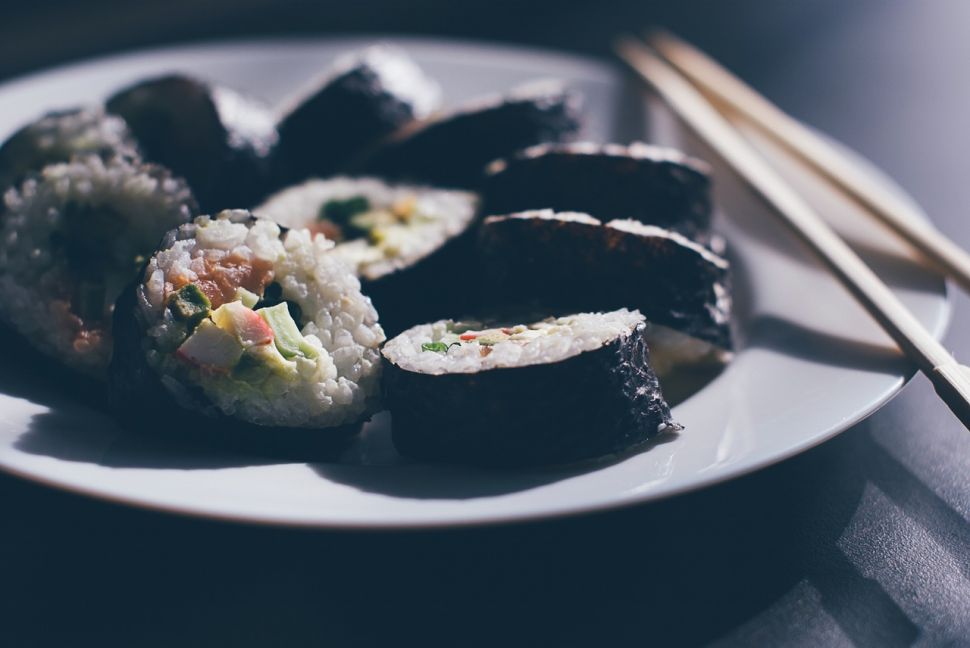