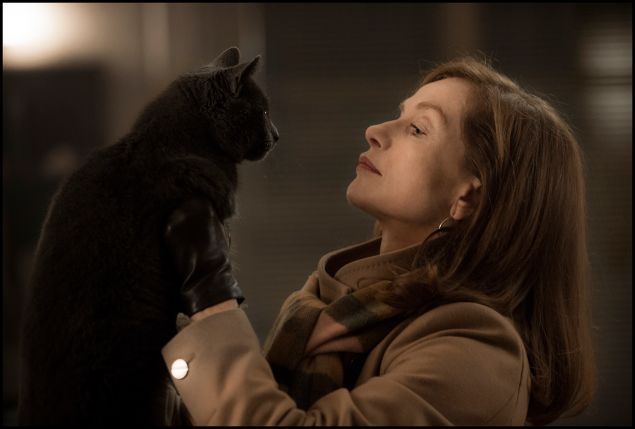 Paul Verhoeven, the Dutch director of such thrilling, invigorating and controversial films as The Fourth Man, Soldier of Orange and the 2006 masterpiece The Black Book, pulls out all the stops. Collaborating on his first film in French with actress nonpareil Isabelle Huppert, they’ve come up with Elle, a sexy, sensational and nerve-frying psychological rape-revenge thriller that does not disappoint. It’s too twisted and implausible to be everybody’s cup of tea, but it keeps you glued to the screen from beginning to end. Boredom and bathroom breaks are not an option.

Elle, a suspenseful feminist tract about an unconventional rape victim who applies her own peculiar set of rules to being brutally violated by a masked intruder without the usual attendant feelings of outrage, guilt or humiliation, combines elements of horror and fun. It is riveting. The versatile, audacious and fearless star plays Michèle Leblanc, a video game designer who lives alone in an elegant house in the wealthy Paris suburbs and leaves her friends and employees aghast by her strong, no-nonsense ability to make tough decisions and run a business devoid of inconvenient human emotions. Verhoeven gets straight to the point in the opening scene, plunging her into terrifying circumstances when a man entirely in black, wearing a ski mask, breaks in and ravages her, leaving her on the floor in a pile of broken glass with a black eye and bleeding profusely enough from her private parts to turn her bubble bath bright red. Instead of calling the police or losing control of her senses, Michèle quietly, calmly relaxes in the suds, both intrigued and aroused by what just happened, and plans her revenge.

As the plot unravels, it becomes clear that there might be a few good reasons for her unruffled sangfroid. Her Botoxed gargoyle of a mother uses her daughter’s bedroom for sex with younger men. Her father is a serial killer sentenced to prison forever for murdering 27 people. Her hopelessly inept son surrenders to his own special brand of abuse, dominated by a pregnant girlfriend. Michèle’s ex-husband, a novelist, has a new love of his own who diminishes his intelligence. Her neighbor, a handsome banker, keeps making unwelcome advances. She’s on the verge of ignoring the rape and moving on, but her assailant keeps leaving rude messages on her answer machine and showing up in her dreams. Then he shows up for real and she’s forced to relive the shame all over again—this time with more curiosity than fear. And finally, after enough red herrings to whet the audience’s appetite for mystery, when the rapist turns out to be someone Michèle actually knows, the nightmare takes on renewed zeal.

Treating sexual abuse with creepy fascination, Elle will be considered by many to be nothing less than an amoral romp, but the screenplay by American writer David Birke is smooth, the psychological transitions of a sexually confused woman in middle age are believably provocative, and the candor in Huppert’s characterization honors her passion for eccentricity with slavish devotion. Verhoeven matches her every physical gesture and dubious facial expression with a revealing camera shot of his own revelation. The dark duet played by both star and director on a freshly tuned piano of neurotic decadence is stunning. 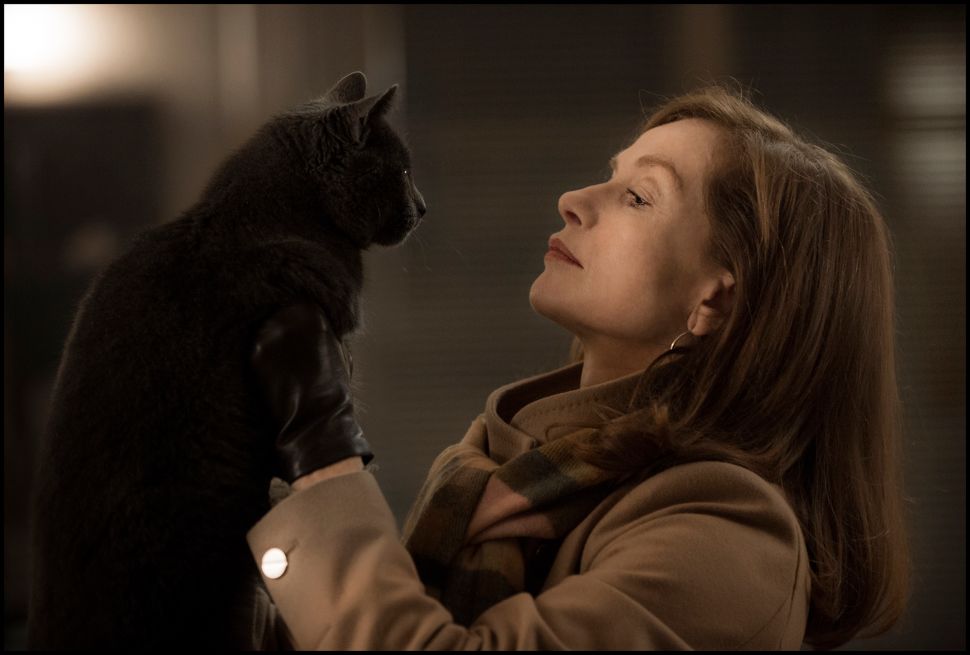