In a May email released by DC Leaks, Marlon Marshall, the director of states and political engagement for the Hillary Clinton campaign, forwarded two documents to several top Clinton staffers. One of these was a spreadsheet of detailed information about several Bernie Sanders supporters and Sanders delegates. This was described as part of a “Unity Check” for the Democratic Party.

“Second doc is the research we have on Bernie delegates to date,” wrote Marshall. “This is more of a FYI for everyone so you can see the type of information we are gathering.”

The amount of research, background and personal data the Clinton campaign gathered and circulated among its staff is disturbing. The email reveals they conducted research on Sanders delegates, monitored their social media accounts and graded them on how susceptible they would be to defecting from Sanders to Clinton.

Some 713 Sanders delegates were profiled. Included in the Clinton campaign’s spreadsheet was information on the states the delegates lived in, their email addresses, phone numbers, social media profiles, history of donations made to political campaigns based on data from the FEC, short biographies and levels of Sanders support.

“Denise Groves is critical of Hillary Clinton for being a war hawk and she hopes for a contested convention. All of her Facebook posts are strong pro-Bernie. https://www.gofundme.com/DelegateDenise,” read a bio on a Sanders delegate from Maine.

“Tweeted, ‘Irregular activities at polls in Massachusetts. Bill Clinton was taking photos and handing out materials. Ask DNC to cancel HRC delegates’ [sic] Posted on Facebook ‘never HRC’ and shared photo with Bernie’s logo saying ‘write him in.’ From Facebook: ‘I will leave the DEMs if they rig this primary for HRC…get $$$$ out of politics.’ Dr. Randi Pokladnik was born and raised in Ohio. She earned an associate degree in Environmental Engineering, a BA in Chemistry, MA and PhD in Environmental Studies,” read another bio.

“She protested the 2012 State of the Union. http://digital.denverlibrary.org/cdm/ref/collection/p16079coll32/id/246557 http://www.huffingtonpost.com/coleen-rowley/minnesotans-for-peace-to_b_434769.html,” said a bio on Minnesota Sanders delegate Delia Jurek.

This research from the Clinton campaign is disturbing and highly unethical, especially given how Sanders delegates were treated at the Democratic National Convention.

Former Ohio State Sen. Nina Turner, a popular Sanders surrogate, is included on the list. The Democratic National Committee (DNC) banned Turner from introducing Sanders at the convention without any explanation. Turner said in an interview with Mother Jones that the Clinton campaign was likely responsible.

After Clinton’s nomination was announced at the convention, Sanders delegates staged a walkout. WikiLeaks‘ release of DNC emails had already confirmed criticisms from Sanders supporters that the DNC was colluding with the Clinton campaign to help Clinton win the nomination. The DNC allegedly replaced the empty seats in the convention with paid actors to try to debunk the narrative that the Democratic Party was torn over Clinton.

This “Unity Check” conducted by the Clinton campaign, and pushed by the DNC, was part of a narrative designed to eradicate any notion that Sanders supporters would not support Clinton in the general election.

In addition to this narrative, Clinton consistently touted endorsements from Republican establishment elites while mainstream media journalists claimed these endorsements signaled the Republican Party was breaking up over Donald Trump. The opposite turned out to be true, as Trump’s victory over Clinton was symptomatic of the totalitarian hubris exercised by the Clinton campaign and DNC. Nine percent of Democrats voted for Trump over Clinton, with voter turnout for Clinton paling in comparison to those who turned out to vote for Barack Obama in 2008 and 2012.

The constant lies that Clinton was a solid candidate for the Democratic Party—under the presupposition that the party was completely united—backfired. The scapegoating of third parties couldn’t explain why Clinton lost key states throughout the Rust Belt by wide margins—or that states which previously voted for Obama chose Trump instead. Clinton’s embarrassing defeat is what happens when a political party rigs their primaries to nominate their preferred candidate—one who embodies the elitist status quo. 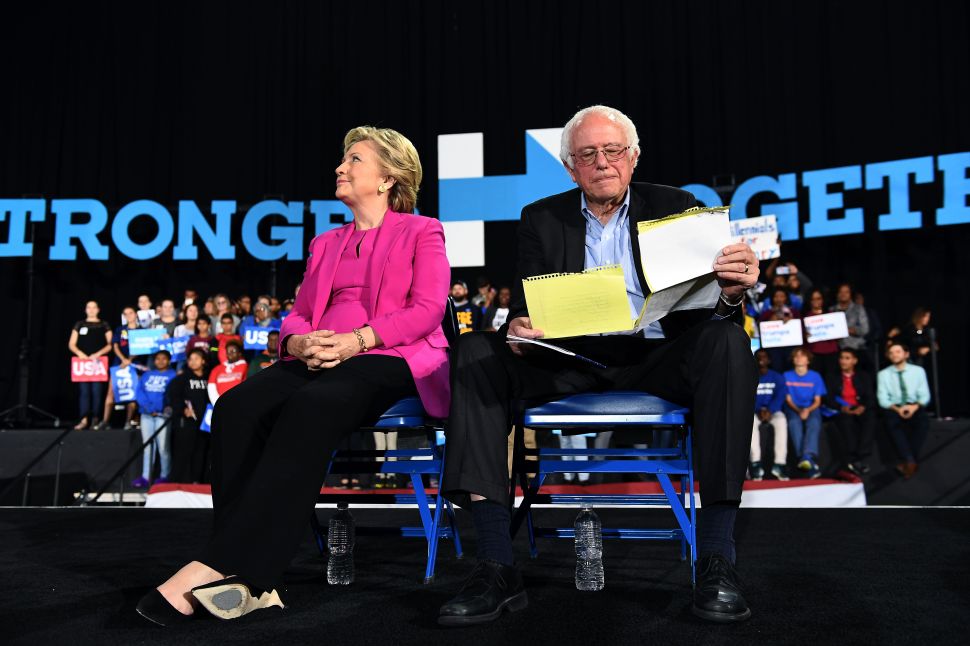