With our presidential election less than a week away, Hillary Clinton is playing defense, blaming everyone but herself for the political disaster that is enveloping her campaign. Sidetracked by the news that the FBI is reexamining her emails as secretary of state, the Democratic nominee has decided to attack the Bureau and its director, James Comey.

Herself and through her usual surrogates, Hillary has painted the FBI as a rogue agency that’s out to get her. Top Democrats have accused Comey of siding with Vladimir Putin, while others have alleged that Republicans and the FBI are colluding with the Kremlin to deprive Clinton of victory on November 8. It all smacks of desperation with more than a whiff of McCarthyism.

This is a risky move, to put it mildly. The FBI is a storied force, America’s secret police, and whatever its mistakes during its long history, it’s not viewed by most citizens as more corrupt than, say, our nation’s political class. Rather the contrary. “I wouldn’t attack him,” explained Ed Rendell, the former Democratic National Committee chair, commenting on his party’s current anti-Comey tirade, and reflecting a common sense that seems to be lacking on Team Clinton right now.

Not to mention that Clintonistas are demonstrating their usual double standards here. Take the infamous Watergate scandal, which was Hillary’s political debut, as she worked as a young staff attorney for the House Judiciary Committee, investigating the imbroglio which took down President Richard Nixon. Watergate hit the press and became a sensation because Mark Felt secretly told reporters from The Washington Post about it.

Felt was the number-two official at the FBI and he leaked to the press out of personal vendetta—he wanted to get President Nixon for not making him the Bureau’s director. Felt decided to depose the president because he was angry at him. This was rank interference by the FBI in our politics, de facto a coup instigated by a senior secret police official, but Watergate is still lionized by Democrats, who seem to find nothing wrong with Felt’s outrageous behavior.

If any of those emails were forwarded by Abedin to her Yahoo email account and printed off at home, she violated Federal law.

Similarly, the claim that Comey’s eleventh-hour announcement that the FBI is reopening its investigation of EmailGate is some sort of unprecedented horror is far from the truth. It happened only 24 years ago—hardly ancient history—when, just four days before our 1992 election, special prosecutor Lawrence Walsh announced his plans to indict Casper Weinberger, defense secretary under President Reagan, in connection with the long-running Iran-Contra scandal.

Like EmailGate, the Iran-Contra mess dragged on for years, tarring Republicans with dishonesty and worse. Walsh’s move was panned by the GOP as a partisan dodge—not least because the case against Weinberger was weak, as evidenced by the fact that a Federal judge threw out the indictment just two months later—and there’s no doubt that it hurt the image of President George H.W. Bush, whose reelection plans got sidetracked due to his peripheral role in Iran-Contra. Walsh put the scandal back on the front pages, helping the Democratic nominee, who used the indictment to accuse his opponent of being a “liar.” Thus tarred, Bush narrowly lost at the polls to his Democratic rival—who was, of course, Bill Clinton.

EmailGate is deadly for the Clintons because it reminds so many Americans of so many things they’ve disliked about Bill and Hillary for so long. The overweening sense of entitlement. The compulsive lies and dissimulations. The blame-shifting and scapegoating rather than taking responsibility. The personal profiteering while posing as upright public servants. Above all, the overpowering belief that laws are for lesser people, never for Clintons and their privileged coterie. Bill and Hillary have gotten away with this for decades, turning the Democratic Party into a vehicle for their own aggrandizement, but trying to publicly pin EmailGate on the FBI—rather than on Hillary Clinton herself—may be one step too far.

We’ll find out soon enough. Many polls right now are too close to call, not to mention that there may be significant numbers of closeted Trump voters out there who are unwilling to tell pollsters their true intentions at the ballot box—but how many? Team Clinton still holds major advantages come November 8, including a strong ground game nationwide, whereas Trump barely has any at all, the Republican nominee having chosen to run for the White House based on little more than super-sized rallies and his bumptious Twitter feed. If Hillary loses next Tuesday, it will be an upset defeat at the hands of an utter political neophyte, a shocking end to the Clinton political dynasty.

She is still more likely to win than not, given Trump’s own massive unpopularity with so many Americans, but even if Hillary moves into the Oval Office come January, she will do so under a cloud like no president ever has. The FBI investigation of EmailGate will continue for months, given that agents have several hundred thousand emails to vet from the laptop that was shared by Huma Abedin, Hillary’s mini-me, and her soon-to-be-ex-husband, disgraced former New York congressman Anthony Weiner.

This mess is back on the front pages thanks to Weiner, whose inability to stop sexting other women, including minors, has now caused Abedin and her employer much more than mere embarrassment. Weiner is facing serious jail time for his adult online dalliance with a teenager, so it should surprise no one that he is cooperating with the FBI in its EmailGate investigation. Self-preservation—and any decent lawyer—would dictate nothing less.

Moreover, lots of Hillary’s work emails were forwarded by Abedin to her personal email to be printed off at home, since she found State Department IT cumbersome. At her residence, she printed off emails that her boss wanted to see. The problem for Abedin is that we know, just from the emails the FBI has already investigated—to say nothing of the tens of thousands of emails which Hillary’s staff deleted, some of which may still exist on that laptop—that those “unclassified” messages in fact contained vast amounts of classified information. Some of it was found to be at the highest levels of classification in our government. If any of those emails were forwarded by Abedin to her Yahoo email account and printed off at home, she violated Federal law.

Team Clinton’s legal ordeal is therefore far from over, while the political ramifications of EmailGate will roll on for months, perhaps years to come. Devin Nunes, chair of the House Intelligence Committee, recently indicated that his committee will keep open its investigation of Clinton’s mishandling of classified material into the new year. Many painful hours of questioning by Congress lie ahead for Hillary and her key staff, no matter what happens on election day.

While she was our nation’s top diplomat, Hillary and her husband perfected their money-making scheme that exploited her official position to obtain vast sums from around the world in donations to the Clinton Foundation—some of them from America’s enemies. That set-up, which gives every appearance of being a pay-for-play scam of the kind that lesser politicos go to prison for trying, will likewise be investigated for years to come.

EmailGate gained traction with the public, against the wishes of the Clinton-friendly media, because it revealed the dark heart of Clinton, Inc., an abuse of the public’s trust which made Bill and Hillary enormously wealthy. They’ll keep their lucre, living a very comfortable life no matter who our next president is, but the stain of this scandal will endure. As I predicted a year ago, EmailGate isn’t going away and has become a political millstone for Team Clinton that will weigh down their legacy forever. 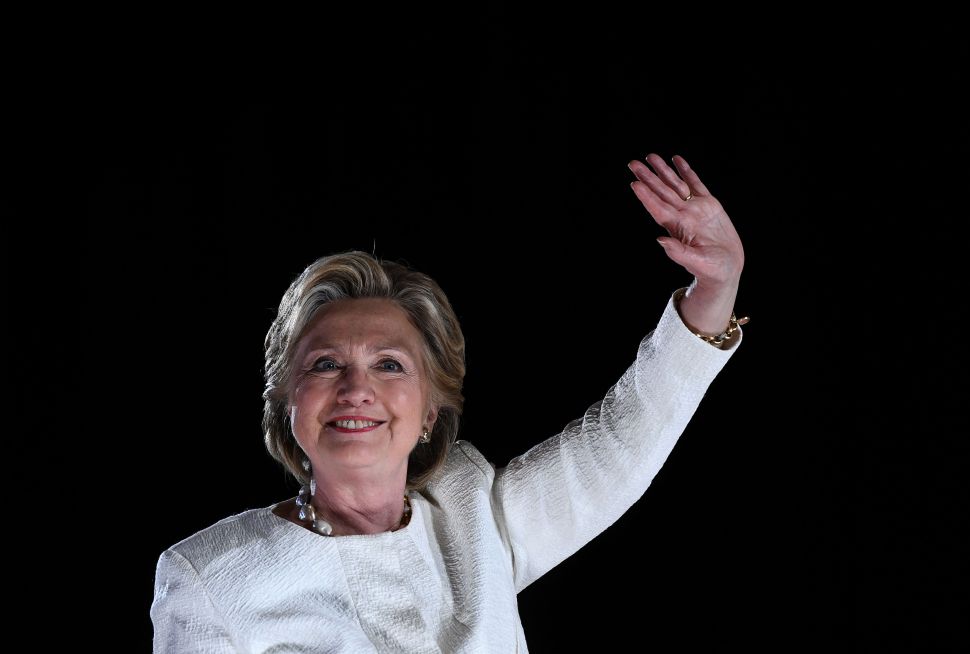