The exact voter turnout numbers for the 2016 election won’t be clear until polls close tomorrow. But one Trump campaign official is being heavily criticized on Twitter because of the way in which he chose to express that fact.

This morning Joshua Green, a political reporter for Bloomberg Businessweek, tweeted out the following quote from an unnamed Republican campaign source:

Trump official on tomorrow's turnout: “It’s like predicting your wife’s mood. You have no idea what you’re going to get until you get home”

Dear Fellow Republicans: This is misogynistic, dated crap and why we get electorally slaughtered by woman voters. Also easy to disavow. https://t.co/bFyX6KxDA7

Hey, suburban women, this one's for you! https://t.co/fKchqwsR9U

I swear they have some sort of contest going to see who can knock the woman vote down to single digits. https://t.co/l03eEX91PG

Little does the Trump campaign know, we all synced up our cycles so that we're PMSing tomorrow https://t.co/zaIPA17UdA

Women. You can't live with 'em, and you can't get 'em to vote for you because you're an idiot. https://t.co/C1GnZMzTQj

Has anyone in this campaign ever actually met a woman https://t.co/vXXgm89ilA

I have a profound amount of joy knowing female voters will be one of the main reasons this man is crying in the fetal position tomorrow. https://t.co/wkNSdqutIs

Trump has had trouble attracting women voters throughout the election cycle because of his controversial remarks, and the fact that 12 women have accused him of sexual assault—in the final presidential NBC News/Wall Street Journal poll before the election, Hillary Clinton leads Trump by 15 points among women voters (Trump leads by five among men).

According to Rachel Thomas, national press secretary for EMILY’s List, a Democratic political action committee that aims to elect pro-choice Democratic women, this quote shows that Trump and his staff hold sexist views.

“This is just another example of Donald Trump running the most offensive, misogynistic campaign we’ve ever seen,” Thomas said in an email. “Whether it’s taking advice from Roger Ailes, bragging about sexual assault or making disgusting, offensive comments about women, Donald Trump and his campaign have absolutely no concern for the challenges women face across the country. Women voters won’t stand for it, and they’ll make that clear at the polls tomorrow.”

That wasn’t the only trouble for Trump campaign surrogates today—CNN commentator Scottie Nell Hughes was also roundly derided on Twitter after she said that a Jay Z video featured someone throwing a “mazel tov cocktail” at police. 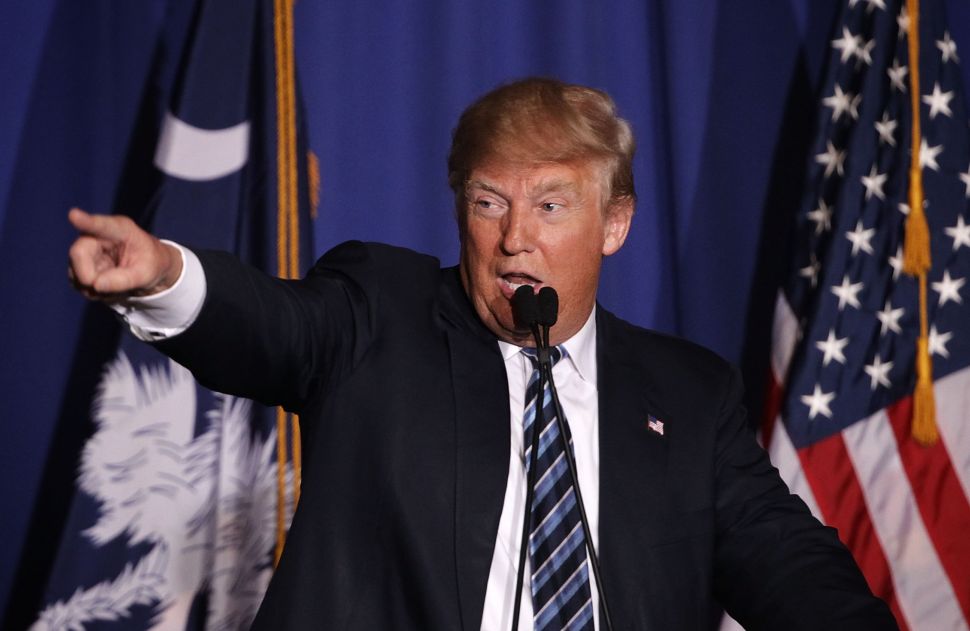