The Lion King has been one of Broadway’s biggest hits for almost two decades thanks to its timeless story and classic score. But now audiences have a new reason to appreciate it: ESPN has proven that its performers are both athletes and scientific marvels.

John Brenkus, host of ESPN’s Sports Science, recently went behind the scenes at the Minskoff Theatre to test the stamina, quickness, balance and power of the Lion King cast members. First, he outfitted ensemble performer India Bolds with a bioharness to test her breathing, heart rate and movement:

The bioharness showed that Bolds, who plays nine different characters and changes costumes 14 times, keeps up a nonstop pace—she walks 2.68 miles during every performance, which is a longer distance than Golden State Warrior Stephen Curry travels on the basketball court during every game (2.44 miles). Bolds’ average heart rate is 125 beats per minute, though it goes as high as 192 beats per minute. She also takes 40 breaths every minute, which means her aerobic capacity is similar to that of a soccer player’s.

It actually helps that Bolds is getting all this exercise in a Broadway musical—studies have shown that when physical activity is performed in time to music, endurance can increase by 15 percent.

In another video, Brenkus explains biomechanics (the study of movement) by putting the actors through their paces while they’re wearing motion tracking suits. First, he tests how quickly actor Lamar Baylor (who plays a hyena) executes his dance steps. Baylor’s feet have a velocity of 22 miles per hour, he averages four steps per second and he spins 760 degrees per second (200 degrees faster than Dallas Cowboys running back Ezekiel Elliott). Despite this high speed, Baylor syncs with the other dancers to within 1/10 of a second.

Broadway dancers also have enviable balance. Bravita Threatt, who plays a lioness, dances with only four square inches of her body touching the floor. She can also extend her leg 58 degrees (most humans can only elevate their legs 45 degrees) and rotate at a rate of 300 degrees per second.

Finally, Brenkus looks at the performers’ raw power—and who better to demonstrate than an actor who plays a lion? Ray Mercer can push off the ground with 940 pounds of force, which gives his jump almost as much power as that of Los Angeles Clippers power forward Blake Griffin.  Once Mercer’s in the air, he can keep his center of mass 5.6 feet off the floor—and when he lands, his heels come in contact with the ground for only 1/20 of a second, which is less time than it takes to light a struck match.

For costume changing phenom Bolds, all these statistics show that dancers are indeed athletes, and that maintaining that athleticism is no easy feat.

“It’s fun, it’s amazing, it’s extraordinary, but it is hard work,” Bolds says at the end of her video. 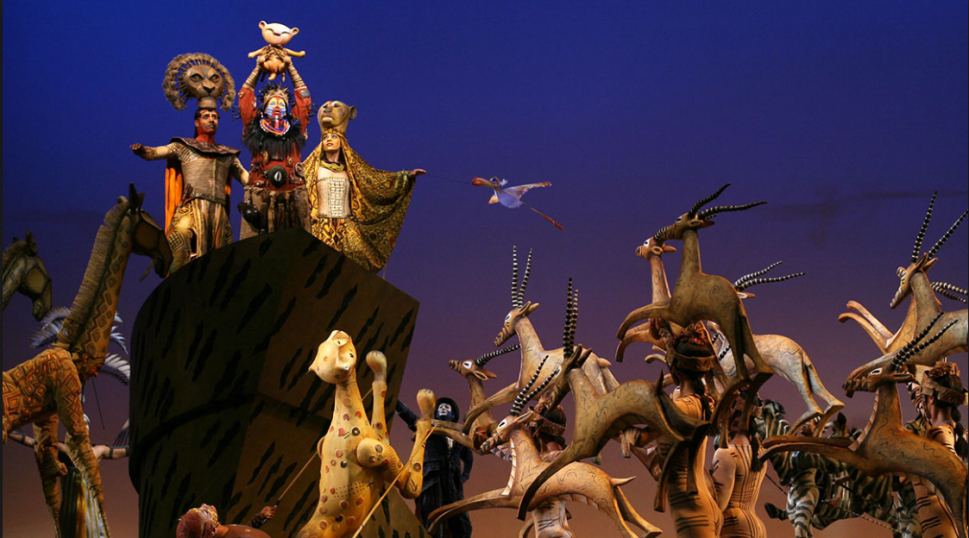