The media has been awash in allegations of bad behavior by white Trump supporters intimidating minorities and Trump rejectors intimidating his white supporters. But here’s a story that defies those classifications.

Thomas Arrington is a student at Queensborough Community College. He is black, 20-something and a New Yorker. He’s also a Trump supporter.

“I was accosted, threatened with being lit on fire, and almost lit on fire for wearing a Make America Great Again hat. This on a campus with a holocaust museum,” Arrington told the Observer.

“On Thursday, I was just having a discussion and some guys came up and said they were going to light my hat on fire,” Arrington continued. “I ignored them. Then one of the guys flanked me, came up behind me with a lighter in his hand. I reported it. And when I followed up with the dean, I saw that the sergeant [who took the report] didn’t even file the report.”

The harassers were also students at the college, who Arrington recognized from around campus but did not know by name.

If Arrington is not who pops to mind when you think “Trump supporter,” he’s also unusually involved with his community for a college student. Just last week, Arrington was honored by the City of New York for his volunteer work as Director of Friends of Idlewild Park.

“I founded a park group a few years back and I got a certificate for Parks Academy Fellowship from Partnership for Parks, the nonprofit branch of the parks department. It was presented by the parks commissioner, Mitchell Silver, and also the Queens Borough parks commissioner. I hope that testifies to my character.”

Arrington wondered to the Observer if the incident was downplayed by a public safety department reluctant to add a black mark to its record.

“I don’t know if it’s a statistical thing—they didn’t want to mess up their statistics but they weren’t interested in filing a report. The dean admonished the sergeant and said, ‘Why don’t I have this report on my desk? It should take one business day.’ The attack was Thursday and I followed up on Monday night.”

Arrington intends to elevate the complaint if he doesn’t see additional action. “My mom suggested I should file a police report. Because the public safety obviously isn’t doing anything.”

The dean in charge of this type of situation, Brian Kerr, had not returned the Observer’s call as of press time. The person who answered his phone, Kenny, described himself as a “peer counselor” and seems to have heard about the incident because he asked the Observer, “Are you calling about the student who got threatened over his Donald Trump hat?”

The Observer could not identify the name of the sergeant who took the original complaint on Thursday. Calls to the Public Safety office were referred to the “publicity office.” The woman who answered the phone in public safety would not give her name, or the number of the publicity office. When asked if she’d heard of the incident, she told the Observer, “I can’t tell you that. We don’t give this information on the phone.”

Located in Bayside, not too far up 295 from the Jamaica Estates home where Donald Trump was born, Queensborough Community College serves some 15,000 students as one of the seven community colleges of the CUNY system.

The Observer asked Arrington how he happened to become a Trump supporter.

“Hillary Clinton stated several times that if she’s president we’re going to attack Iran. She also said she’d be willing to attack countries physically for a cyber attack. I don’t think that’s military doctrine anywhere in the world. She scares me. I have little brothers who are draft age. My girlfriend is draft age. I don’t want them to get drafted. I don’t want $10 a gallon gas. Really, out of anti-establishment and against continuation of all Obama’s foreign wars.”

This story will be updates as developments arise. 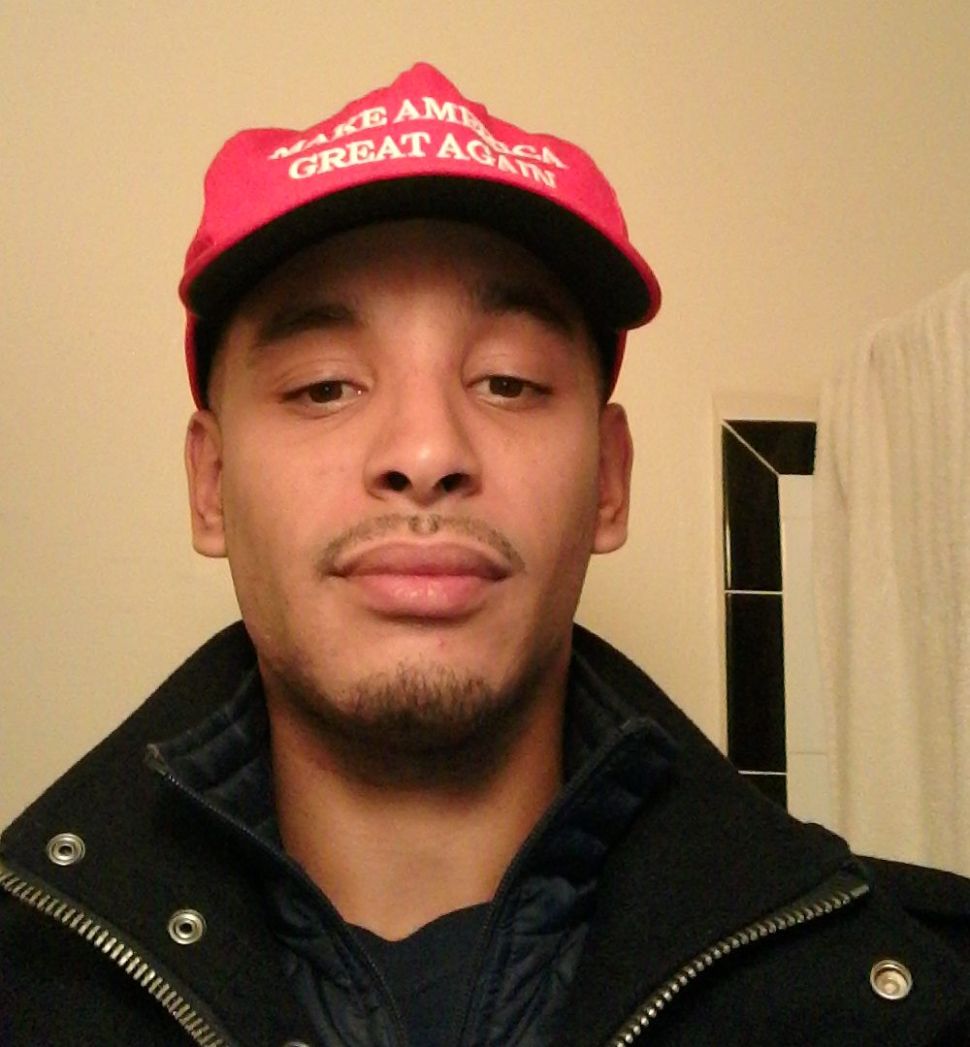