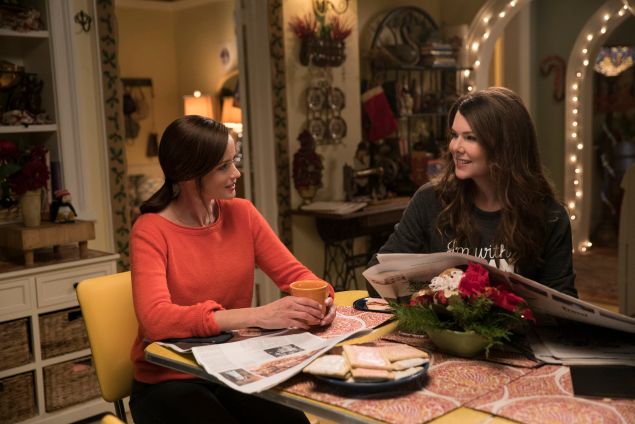 I do not care for Logan Huntzberger. There, I said it.

In the trifecta of Rory’s defining boyfriends, he was to me a three-season deviation from Jess and outlived his welcome after about a season of condescendingly calling Rory “Ace.”

Finding out that nine years after their time at Yale, where she wisely turned down his proposal, Logan is now Rory’s lover almost caused a rage stroke nosebleed. It was as though the show was terrified of introducing a single new meaningful face into the lives of these characters and therefore had to keep chewing the same decade-old piece of gum. Rory has traveled the world, been published all over and still: Logan Expletive Huntzberger. Sure, he’s charming and so very blond, and his Huntzberger state of being adds to the Gilmore clan tension, but to put it eloquently as eloquently as I can: ugh, Logan.

As Rory finally decides to call it quits on their affair, Logan assembles his college posse, the Life & Death Brigade to come wow his mistress back into the fold. However much I enjoyed the return of Colin & Finn—still obscenely rich BFFs buying property in British accents across the world—I couldn’t help but think of Odette. Y’know, Odette: Logan’s offscreen fiancée whose nude back is left in bed in London while he woos Rory with the umpteenth grand gesture. All of Rory’s concerns about marrying a billionaire playboy at the end of the series have effectively come true; she’s just the mistress (a mistress) as opposed to the wife.

And look: If this was the coming together of a long-time pairing à la Luke and Lorelai, I would go with it. But it’s simply Logan giving his mistress a “You sure you want to stop mistressing, though?” His actual feelings for Rory are never discussed; neither are his true feelings for Odette whom he barely teases not wanting to marry. The douchiest read of the character is that he’s toying with Rory as payback for the affront of his turned down proposal years ago. (And given that Logan is a douche, I am sticking by that read.)

“Fall” also brings to a head the year-long détente between Lorelai and Luke. If they’ve recovered from their last fight, things are still weird between the pair, prompting Lorelai to go on an impromptu “Wild: the book, not the movie” hiking trip. After a galore of guest stars (quick: Name three shows you’re absolutely sure Jason Ritter hasn’t guest starred on!) Lorelai makes peace with the fact that Luke has positioned her as the alpha of their relationship and simply comes home to inform him of the pre-set date of their wedding.

It’s everything Luke wants but that he would never actually ask himself, for some ill-defined reason. It’s anticlimactic, sure, but also nice to see it all come to a mature resolution for two late-40ers who have been living together for close to a decade now. And the payoff of the last scene, certainly earns the journey, but more on that later.

All things considered, the MVP of A Year in the Life might just be Emily Gilmore. I don’t subscribe to the idea that Emily gets her groove back in this series, mostly because I don’t believe she ever lost it. Like Paris, Richard and Sookie, the character is integral to the fabric of the show and has never had a true low point. Her lack of attachment to her house and her DAR reputation are surprising and completely on point for Emily. Richard’s death finds Emily reinventing herself into someone no one could have predicted: as a riveting museum tour guide in Nantucket. Like her daughter and granddaughter, the past year has also been a battle against stagnation for her, but she is much more proactive about finding a solution.

“Fall” ends in what I consider to be the new Gilmore Girls litmus test: Luke and Lorelai’s Manic Pixie Wedding. The next time someone questions you on whether or not they should give the Gilmores a try, fast-forward to the last 15 minutes of this episode. If they roll their eyes at the twee factor and wonder how Stars Hollow is not a bankrupted wasteland of meth with such a ridiculous high ornamental lights budget; the Gilmore Girls aren’t for them. Why are there ballerinas rehearsing at midnight? The Gilmore Girls aren’t for them.

If instead they burst in toddler-experiencing-their-first-rain giddiness, watching Luke and Lorelai tie the midnight knot under the show’s acoustic soundtrack with a rain of flower petals right out of Sailor Moon, then they’re ready to take the Gilmore journey and are in for seven seasons of joy. (Eh. Six seasons of joy.)

With all fights put to rest and Rory moving forward with her book—Gilmore Girls—the Netflix revival ends on four words that were expected to be so shocking that they had their own hashtag the moment the series became available. And, honestly? They’re exactly what you expected.

The original series started with a 32-year-old mother and her daughter, Rory. Now that Rory is 32 herself, it seems the right moment for things to come full circle. I’m completely neutral about this shocking twist that is Rory’s pregnancy. Her life is a goddamn mess, but on the other hand, babies are very cute. The father is presumably Logan or, if you squint really hard, Jess after an offscreen bit of romance. I will never stop squinting past Logan. We’ll have to wait and see as it’s clear that the brick has been set to keep the door propped open for Another Year in the Life of the Gilmore Girls. To the circle of Gilmore life, folks. 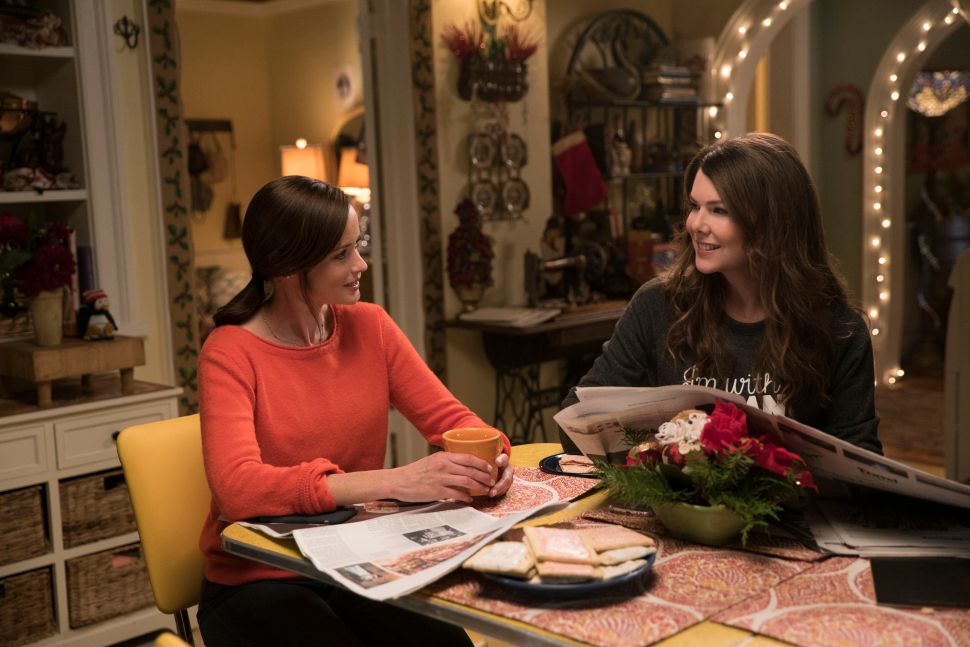