In 2013, when the Associated Press’s Twitter account was hacked and falsely reported a bombing in the White House, it resulted in a flash crash that caused a 143 point drop in the Dow Jones Industrial Average. A flash crash happens when the high frequency trading bots responsible for much of the buying and selling of equities these days get antsy and stop trading a stock. The value of that asset plummets briefly. Usually it doesn’t last because human traders or bots with a longer view will see the bargain and pick it up, driving the stock price back to where it was.

For bots that try to profit from very small movements, there’s no time to authenticate messages on social media. It’s more important in this kind of investing to be first than it is to be right, according to Derek Curry, a PhD candidate at SUNY Buffalo, who spoke at Radical Networks in Brooklyn, Sunday. He said, “This is what got me thinking that social media might be a way to give people agency in the stock market.”


With the 2016 election ending and the supporters of Bernie Sanders still feeling strong after surprising the nation by winning 23 state contests for the Vermont senator during the primaries, many of these activists may be looking about for a new, digital era strategy suitable for challenging the the billionaire class. They will likely want to hit the rich where it hurts but honor the American progressive tradition of non-violence. So what about inducing flash crashes?

Even if a flash crash doesn’t last long, executives and board members will notice them. Business leaders don’t want their stock to be seen as volatile. So if activists find that their objections to a company’s business practices have been ignored, they can take advantage of public sentiment analysis to introduce liquidity shocks into the markets for certain equities. To make doing so simpler, Curry built a new web app called Public Dissentiment (still a work in progress), which went live with his talk Sunday.


We tried it out. We did a search for Exxon (because who likes Exxon?) and found a story about the government of Chad levying a gigantic fine against the oil titan. The site then suggested some tweet language for us, which we tweaked a bit to make it slightly more coherent. Here’s what we came up with:

$XOM should try to work troubles, complaint, and investigations into its next mission statement. https://t.co/IPBV8EIPT6

The idea here is less that one tweet could make a difference, but that lots of concerted tweets by unified activists could temporarily dent stock prices. It will go even further if celebrities and others with large followings join in, as Hillary Clinton discovered on Instagram.

Curry also built it to tag companies by their ticker symbols, rather that their social media handles. That’s because referencing a company by its stock has more impact on stock trading bots.

Not every stock can be found on the site yet. We looked for a bunch of companies involved in the unpopular business of fracking for natural gas, for example, and we could only find Exxon. Users can request that Curry add public companies to the site.

A note of caution: it’s illegal to do this kind of thing for the purposes of making money, so don’t short a stock and then get all your friends to tweet something toxic at the same time. If you just want to push a company to change its ways, though, this sort of strategy is just strategic free speech.

Social change advocates have been looking for new ways to use the internet to organize for change. In his new autobiography about his time organizing online with Anonymous, Behind the Mask, a person calling himself “Commander X” compares distributed denial of service (DDoS) attacks to sit-ins, in that they are disruptive and shut a space down (even a digital one) but do no lasting damage. It’s a topic Pierre Depaz also discussed at Radical Networks, opening his talk about protest with software by pointing out how Anonymous’s OpIcarus attack costs banks real money by shutting down trading, while France’s IRL Nuit Debout protest, around the same time and on much the same issues, led to little more than media attention (OpIcarus organizers also faced real consequences, while Nuit Debout’s did not, reflecting how seriously authorities took each).

Depaz was not able to present any convincing digital protest methods, however. Curry’s online innovation feels like something new under the sun of digital activism. Too much digital activism seems to target the general public, to educate them about facets of the world that need changing, but to what end? As Saul Alinsky famously said, in Rules for Radicals, “The power of the action is in the reaction.” In other words, there are powerful people in the world with the power to change what organizers want to change. When activists do something that causes them to react, then they are getting somewhere. Efforts that those powerful people can ignore (such as efforts directed at educating the average person) don’t move them to change their ways.

If the Bernie Sanders team really is serious about keeping the fight over class going, this technique should appeal to that cohort of largely internet-native denizens. Who knows if it really works, either? No one has tried to do this yet, but if groups use Public Dissentiment and manage to move the needle on the price of an offending company’s stock, that should get a reaction, maybe enough to get the targeted company talking. 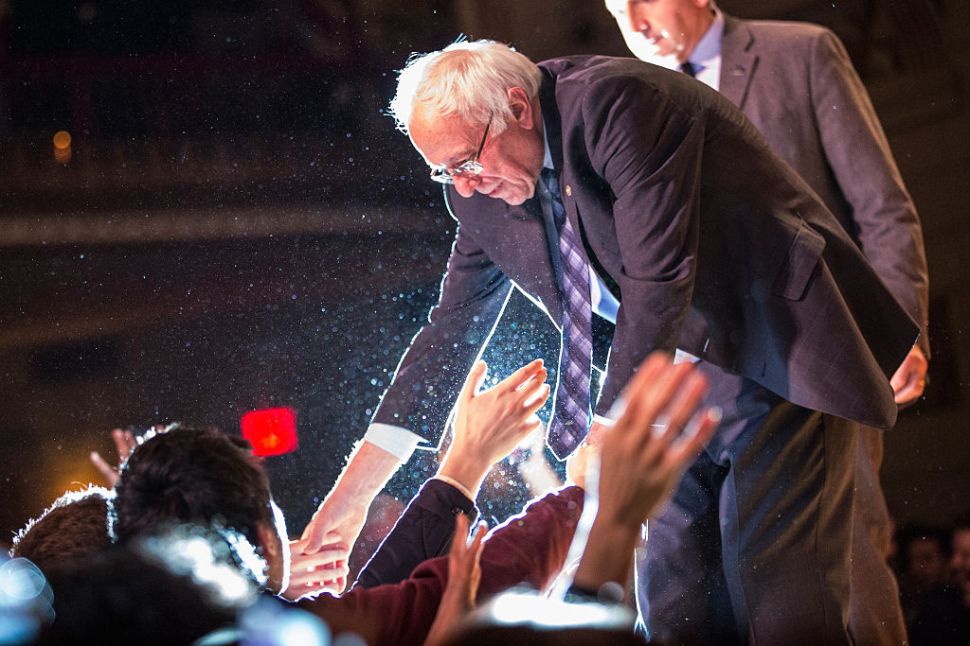