The name itself sounds like a mini-series from the 1980s, heavy on  horse farm and croquet imagery, with characters modeled on old money mavens like former Governor Christie Todd Whitman.

But it’s changed since then, becoming more competitive politically over the years, its gritty little river towns filling up with Latinos and its foundational building block burgh of Franklin producing overdrive numbers in big elections. Somerset went for Barack Obama twice, in 2008 and 2012.

As of right now – Eleection Day 2016 – the numbers according to nine polling places show that the overall turnout is above 2012 but below 2008, as Republicans cringe with expectation about how the unconventional candidacy of billionaire tycoon Donald J. Trump impacts down ballot. Whitman, after all, distanced herself from Trump, going so far as to declare herself committed to Democrat Hillary Clinton.

Republicans, too, are alert to the very charged up Democratic candidacy of Darrin Russo, the newly retired cop from Franklin who, in the words of one GOP insider, this year ran the most credible countywide race for the law enforcement seat since incumbent Republican Sheriff Frank Provenzano fended off his former boss, Richard Voorhees of Bridgewater.

Russo hails from Franklin Twp., where he’s trying to put numbers into orbit to knock off Provenzano of Raritan, a retired Bridgewater cop who has a good reputation but may have slowed somewhat on the campaign trail since past years.

Dems smell a Russo win coat-tailing freeholder candidate Doug Singleterry, who’s trying to pick off incumbent Republican Freeholder Pat Walsh, but if their numbers don’t better 2008/2012 totals they could find themselves around 1,000 votes short. Republicans are quietly confident, but they marvel too at the money Democrats spent on five profesional, hard-hitting Russo mailers.

Democrats are aiming to improve on past Hispanic voter performance in addition to seuzing on the opportunity created by apparent Somerset GOP disaffection with Trump.

The contest is volatile. 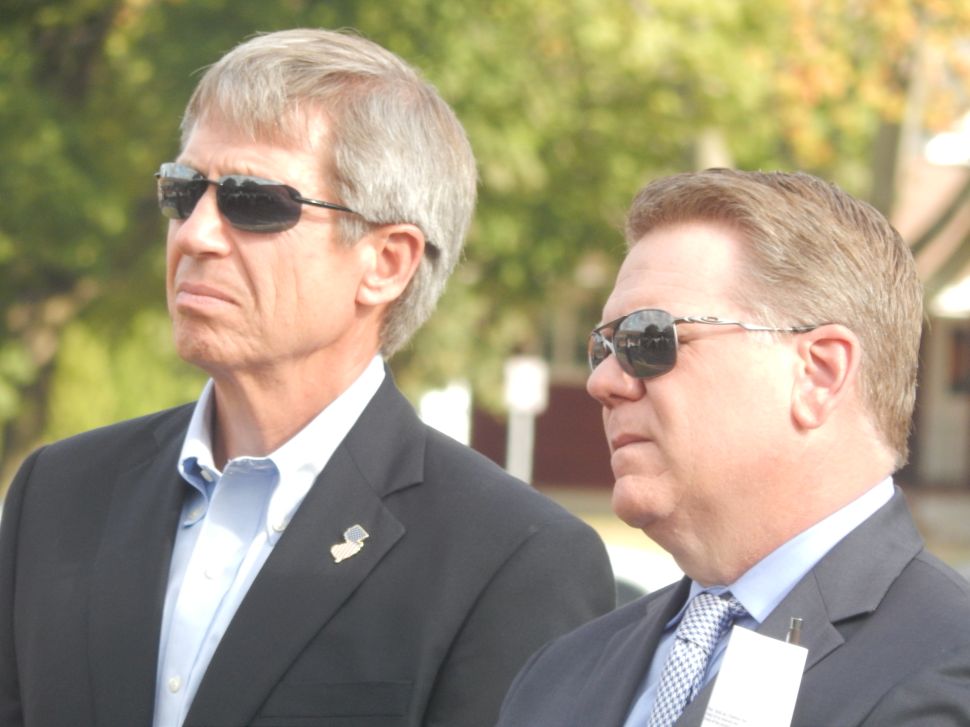