Art Basel in Miami is always a blur of different events. Here are five pop ups to hit before the week is out.

As a part of their artist-in-residence role with The Confidante, Public School designers Dao-Yi Chow and Maxwell Osborne will create a pop-up radio installation from December 1 to December 3. Titled WNL Radio (it stands for We Need Leaders), the project will feature programming with the lights from artist Daniel Arsham, designer Heron Preston, rapper Uncle Luke, as well as social media star and businesswoman YesJulz. “For this installation, we looked at the idea of radio as performance art,” said Dao-Yi Chow, via press release. “We didn’t want to create this pseudo fashion art piece. Instead we wanted to gather our friends, peers and luminaries from different disciplines, not just fashion but art, music, literature and the culinary world to form a dynamic mix of people to have these conversations. We also wanted to tackle the idea of borders and how important they have become in current events. It became clear to us that borders don’t really exist in nature and are more of a man made construct that has only helped to create division. Through conversation we can extinguish the invisible borders that divide us.”
4041 Collins Avenue

If you’re in need of some ink, Hublot is hosting a pop up parlor with popular tattoo artist Maxime Buchi, the founder of Sang Bleu, to celebrate their collaborative project. (You’ve probably already seen Buchi’s work on Kanye West.) Held at their gallery location in the Design District, the pop-up will feature Buchi doing work alongside guest tattoo artist, Mike Rubendall, who is from Sang Bleu’s network. The Parlour starts up Thursday and ends Saturday.
140 NE 39th Street

Scott Campbell’s Whole Glory
https://www.instagram.com/p/BNMm_5zhbPS/?taken-by=scampbell333&hl=en
If you want some ink, but are not sure what to get, head to Scott Campbell’s Whole Glory project. That is, if you win the random raffle. Those lucky winners will get to stick their arm through a hole in a wall at Mana Wynwood Convention center either December 1 or December 2 and artist Scott Campbell will choose something that he think fits. Good luck, as only ten contestants will win this opportunity.
318 NW 23rd Street

See the future of Dean & Deluca with this new concept space, which is being unveiled Tuesday, November 29. It has been designed by Ole Scheeren, the German architect responsible for the Prada flagship in New York, as well as the tallest tower in Thailand. This new venture is a prototype for a small scale cafe concept with Dean & DeLuca as a part of their new partnership with Design Miami.
Meridian Avenue & 19th Street

Paris’ most exclusive cultural club comes stateside for a one night immersive event with Michele Lamy and A$AP Rocky. The 2016 iteration of this annual party will feature a three-screen video installation starring Lamy, who is a creative director, producer, and also business partner to Rick Owens. Plus, there will be a live performance by A$AP Rocky.
140 NE 39th Street 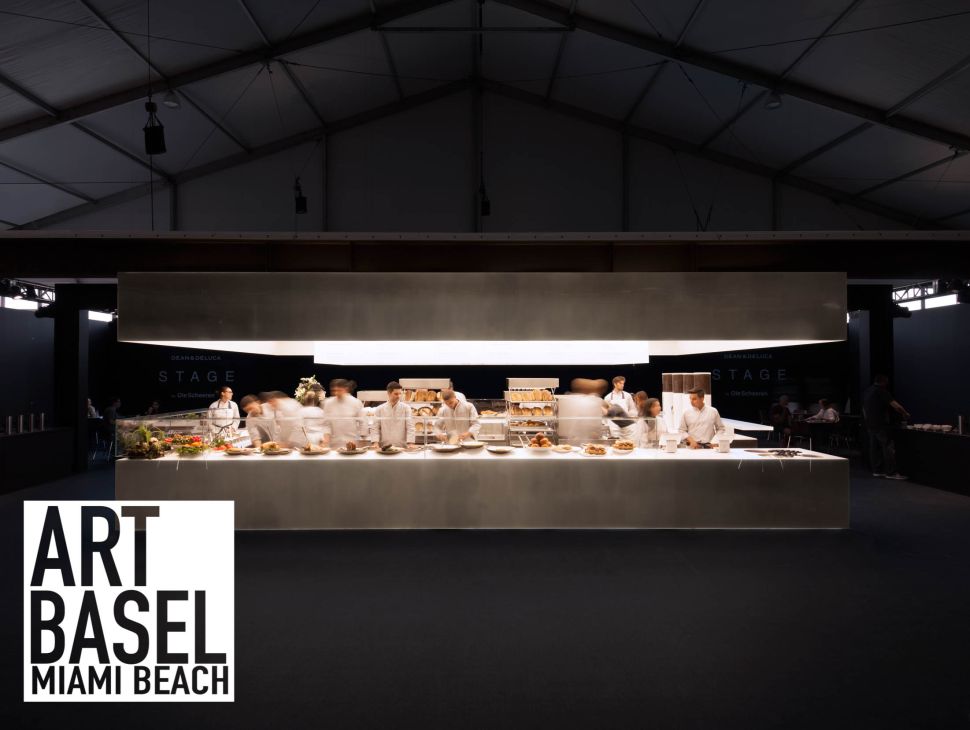