Clinton Foundation scandals emerged as a major blow to Hillary Clinton’s campaign this past election, as emails released by WikiLeaks and from FOIA requests revealed pay-to-play schemes and overt conflicts of interest between the Foundation and Clinton’s State Department. Though the Clintons and their supporters staunchly defended the Foundation, pointing to the charitable work it produced to defend any criticisms, such claims of corruption were proven correct.

It now appears that Norway, one of the most prolific foreign Clinton Foundation donors, is decreasing its annual donation from $20 million in 2015 to $4.2 million this year—a significant drop suggesting the foreign government had expected to receive benefits in return for its generous donation. Norway’s move also provides further evidence that the Foundation serves more as a front to sell access to the Clintons than as an organization focused on philanthropy. While the Foundation may have conducted some charitable work, its greater purpose has always been to boost the Clinton brand, market the Clintons on the highly paid speech circuit, and offer donors access to the Clintons and their prolific network of elite and corporate connections.

“Because neither Clinton will occupy a prominent role in government in the immediate future—curtailing the willingness of at least some big donors to try and curry favor with the foundation by writing large checks,” reported CNBC on November 19. “Because Hillary Clinton is no longer seen as a president in waiting, contributors may look elsewhere and the foundation may have to rethink its scope and priorities,” philanthropy experts told CNBC. The Clinton Foundation refused to respond to numerous requests from CNBC for comment.

Per the Foundation’s latest tax filings, contributions fell by 37 percent when Hillary Clinton announced her presidential campaign in 2015—and pay-to-play evidence first began to surface. Donations are expected to continue to tank as the market price for the Clintons has dropped significantly now that neither Bill nor Hillary faces the prospect of serving in public office.

According to The Daily Caller, the Clinton Foundation only reported five new donors between July 1 and September 30—a low number presumably due to the negative publicity the Foundation has been receiving.

Rep. Jason Chaffetz, head of the House Oversight Committee, is pursuing a probe into the Clinton Foundation. Chaffetz told Fox News the probe was unaffected by Hillary Clinton’s loss in the presidential election.

Though President-elect Donald Trump recently told The New York Times he would not pursue investigations into Clinton’s private email server or the Clinton Foundation, Chaffetz and the FBI will likely continue their investigations, uninterrupted.

Northwestern University Law Professor Stephen B. Presser recently argued in The New York Times that Clinton should be pardoned for her use of a private email server—but not for the ClintonFoundation pay-to-play schemes currently under investigation. The Washington Post also noted it would be a “serious violation of normal procedure,” if Trump were to intervene to stop investigations into the Clinton Foundation. 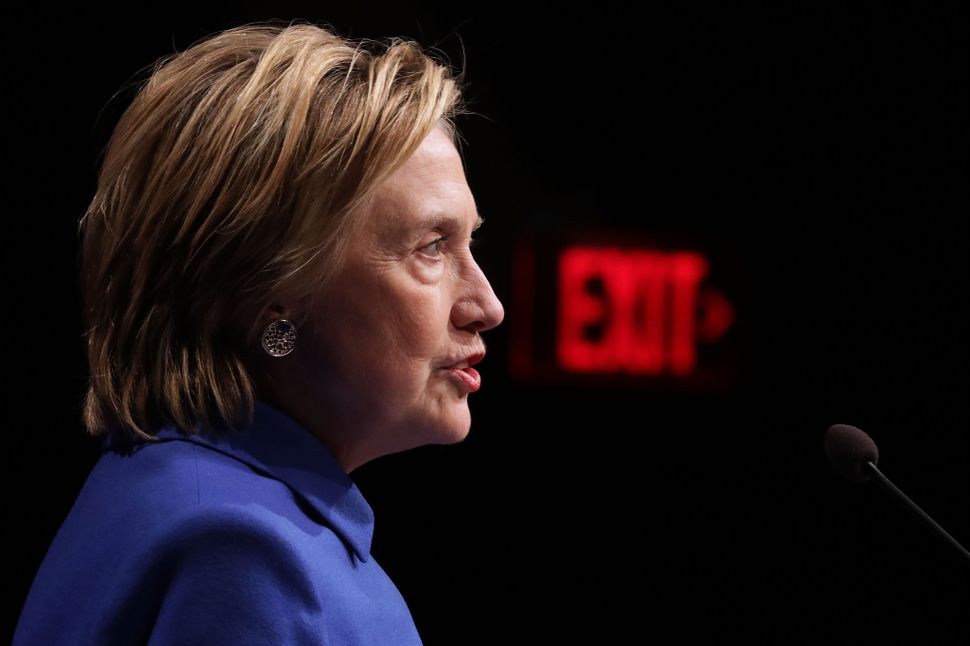