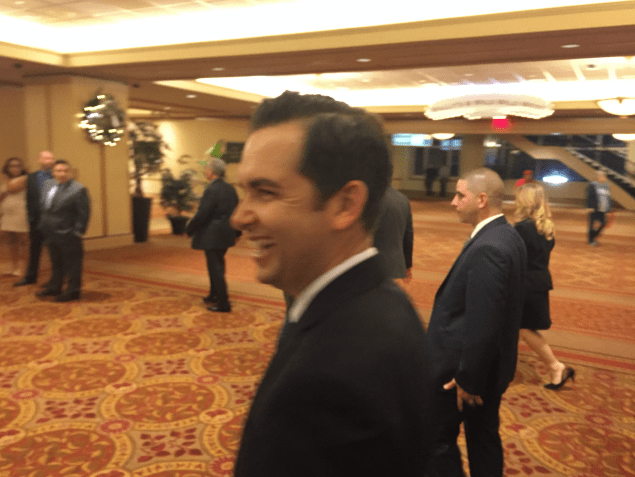 ATLANTIC CITY — It’s been a subdued (some would say shellshocked) affair at this year’s League of Municipalities conference, with lawmakers and elected officials that were in fierce competition last year absorbing the news of Donald Trump’s electoral victory and Governor Chris Christie’s potential early departure to join his cabinet.

Jersey City mayor Steve Fulop, whose gubernatorial  campaign was abruptly folded up for storage after former U.S. ambassador Phil Murphy cleared the primary field with a spate of northern endorsements from key chairs, said at his arrival at Caesars Wednesday night that he doesn’t believe the election will dampen the mood.

“I think everybody was surprised,” he said of one-time Atlantic City casino magnate’s repudiation of the polls with his victory against Hillary Clinton last week. “I don’t know if it’s casting a shadow. I think the mood on that front is to wait and see, but I think it’s a very different sentiment than what happens on the statewide and the local level. So this has always been something focused on the statewide apparatus.”

Fulop, Murphy and Senate President Steve Sweeney had been in fierce competition to garner support for their 2017 bids during last year’s league, with competing events in the same timeslot. Murphy is now the odds-on favorite to tackle both Atlantic City’s decline after Christie’s state takeover of its finances and the state’s record-low credit rating.

Fulop said he is relieved to be attending this year’s conference without a campaign hanging over his head. He and his entourage will be back in Jersey city tomorrow morning, before the closing luncheon.

“Everybody’s obviously concerned about what’s going to happen nationally, but to me the league generally feels the same every single year,” he said. “Our hope is that Trenton sorts out the finances and I share the same sentiment as the rest of the state of New Jersey.”

As for Murphy, Fulop was more full-throated in his support for his one-time rival than Sweeney, who offered that he and Murphy have not come together to discuss their plans for the state in the likely event that Murphy captures the nomination from Assemblyman John Wisniewski and defeats his Republican opponent in a race pundits have long been calling for the Democrats.

“When we announced we weren’t going to run we were very clear, we’re supporting Phil,” he said. “We thought he was the best candidate, and our decision, we’re comfortable with it. We thought it was the right thing to do at the right time and the right thing for Jersey City. I decided that for me I still have work to do there, and that’s where we are. It’s great to be down here seeing people we’ve built relationships with over a long period of time.” 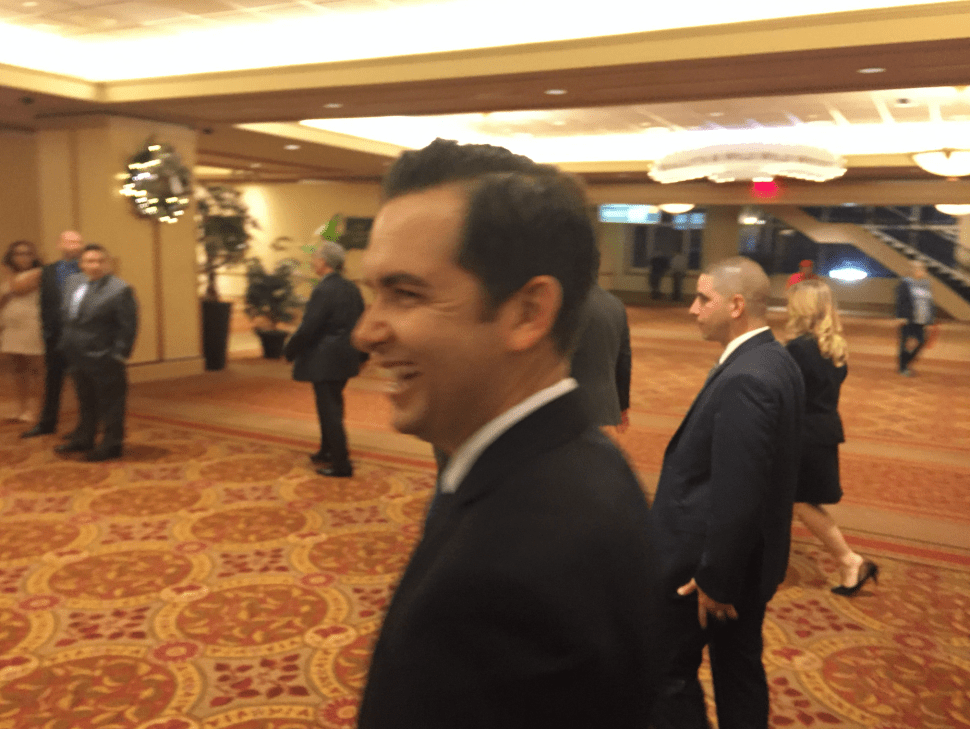