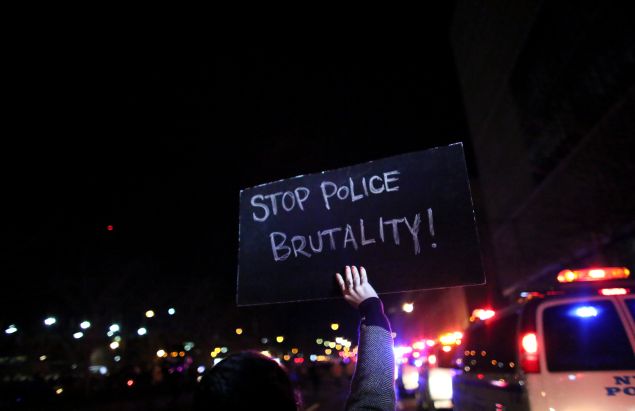 People march on the West Side Highway during a protest December 4, 2014 in New York City. Protests began after a Grand Jury decided to not indict officer Daniel Pantaleo. Eric Garner died after being put in a chokehold by Pantaleo on July 17, 2014. Photo: Yana Paskova/Getty Images

The Department of Justice politicized? We’re shocked—shocked!—at the very thought of it. No, we’re not talking about the 11th-hour letter from FBI Director James Comey—over the objections of Department of Justice officials—to Congress about Hillary Clinton’s newly found emails. (For a sober assessment of that controversy, we refer you to former Attorney General Michael Mukasey’s piece in The Wall Street Journal.) We’re thinking about the Eric Garner case.

This week the Justice Department announced that it was assigning a new FBI team to investigate the 2014 death of the Staten Island man after he refused orders from police to stop resisting arrest. An amateur video of the incident shows Police Officer Daniel Pantaleo appearing to use a chokehold to subdue Eric Garner. On the video, Garner, who was unarmed and being arrested again for selling “loosies”—untaxed individual cigarettes—can be heard saying, “I can’t breathe,” a tragic phrase that became a national rallying cry for protestors against police brutality.

The New York medical examiner deemed Garner’s death a homicide, and a grand jury was convened to determine whether criminal charges should be brought against Officer Pantaleo. The NYPD said the chokehold technique the officer used was banned by the department but not illegal. The grand jury refused to indict.

Both venue shopping and judge shopping are strongly discouraged in our legal system. Investigator shopping is equally reprehensible.

President Obama immediately weighed in on “the larger issues” of trust between the police and civilians—particularly minority communities. He vowed to repair police-community relations.

The very next day, the federal Justice Department commenced an FBI investigation to determine whether Garner’s civil rights had been violated.

Attorney General Holder said the Justice Department would launch an “independent, thorough, fair and expeditious” investigation. The FBI in New York was assigned to the case, investigated and reported its findings to the United States attorney for the Eastern District of New York—Loretta Lynch, now the attorney general. The FBI also concluded that there was no basis on which to proceed against Officer Pantaleo. Federal prosecutors in the Eastern District—working directly for Lynch—concurred. Lynch did not overrule the FBI or her line-prosecutors.

Despite three independent assessments—the grand jury, the FBI and the U.S. Attorney’s Office—all agreeing there was no basis to pursue legal action against Officer Pantaleo, someone convinced now-Attorney General Lynch to assign a different FBI team (out of Washington) to re-examine the matter.

This alone smacks of politicization.

In the context of apparent Justice Department opposition to the release of Comey’s letter to Congress, reports of an FBI investigation of the Clinton Foundation and Lynch’s meeting with Bill Clinton on the tarmac of the Phoenix airport, we are near speechless.

It’s dangerous to turn armed police into tax collectors. The law that Garner was alleged to be breaking had to do with failing to pay taxes on cigarettes. A civilized nation doesn’t apply the death penalty for tax evaders. We are reluctant to entrust the armed enforcers of the state’s policies with life and death revenue decisions.

The police, including Daniel Pantaleo, are in a very difficult spot—sent to clean up many of society’s social ills without sufficient resources and against a backdrop of an often unsupportive public. But the fact that Pantaleo’s life has been derailed and Garner’s has been ended argues for more and better training rather than a more aggressively political D.O.J.

We wanted a bit of perspective on the issue and sought an expert in criminal law and constitutional history: professor Robert Blecker of New York Law School. Blecker, who started his career as a special prosecutor, told us, “The Constitution leaves it to the states individually—and primarily—to define, detect, prosecute and punish crime; except in those rare instances where national interests were clearly and criminally violated. Even there, we rely on an independent judiciary to keep the executive—prosecutors and police—in check. Anti-federalists initially opposed the Constitution, fearing without a Bill of Rights we could not have justice, and also fearing that the national government would federalize local crimes. They failed to anticipate, however, that the central government would simultaneously violate judicial independence and state sovereignty by attempting to prosecute disputed actions by local officials as national crimes; then shifting that national prosecution from one federal judge to another in a different location.”

Both venue shopping and judge shopping are strongly discouraged in our legal system. Investigator shopping is equally reprehensible. But sadly, such politicization is what we’ve come to expect from the Obama Justice Department. 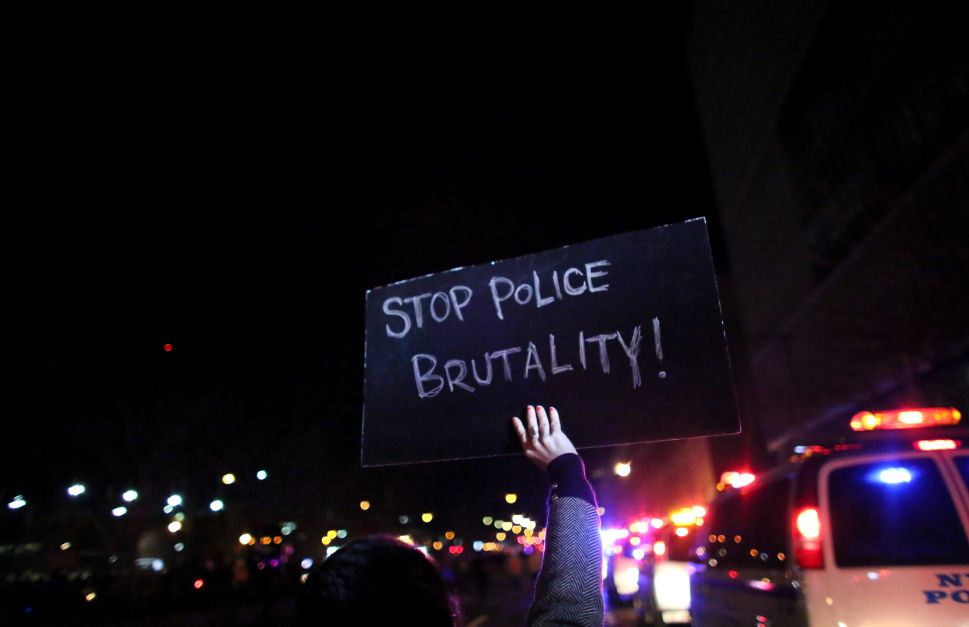