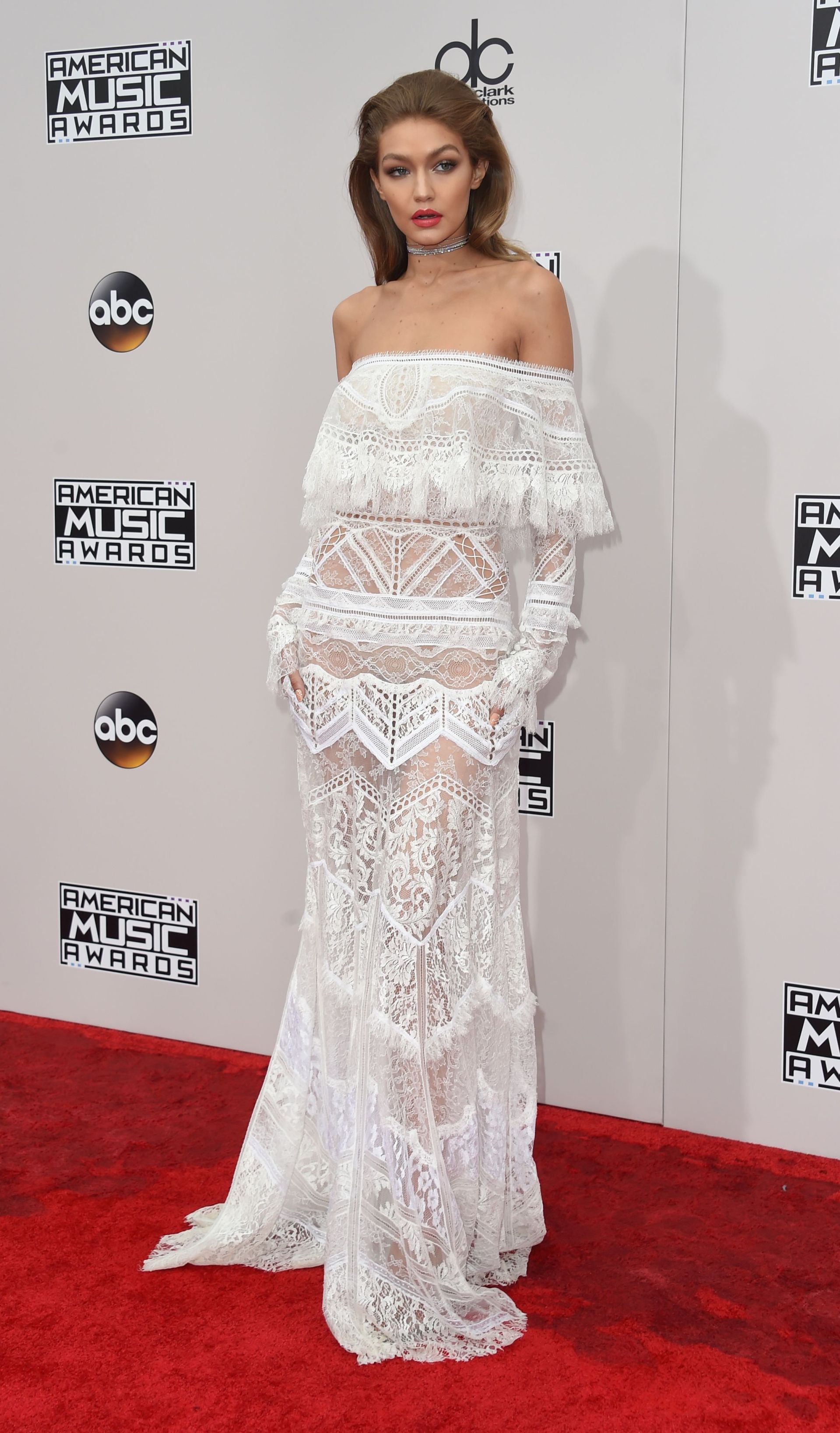 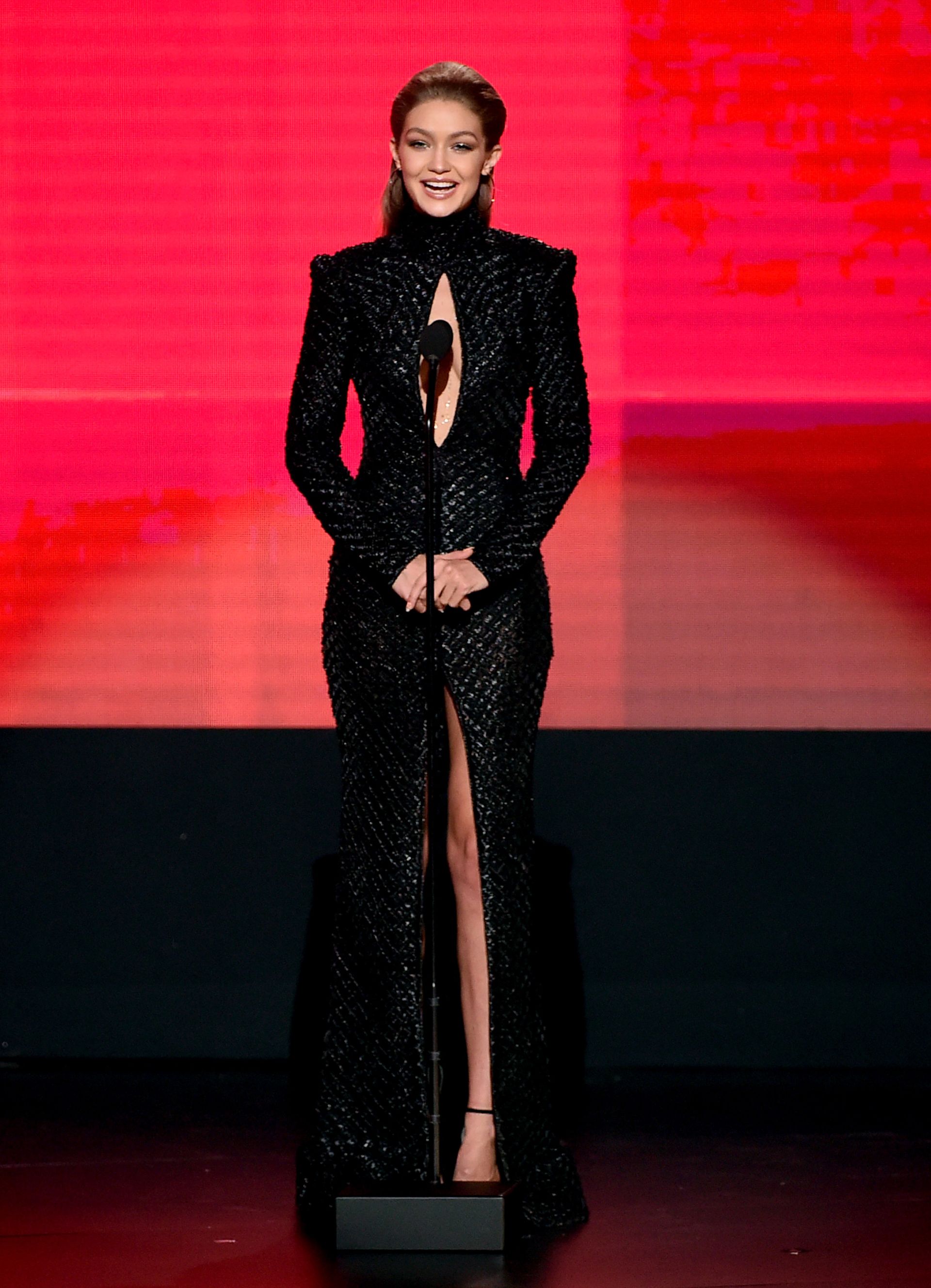 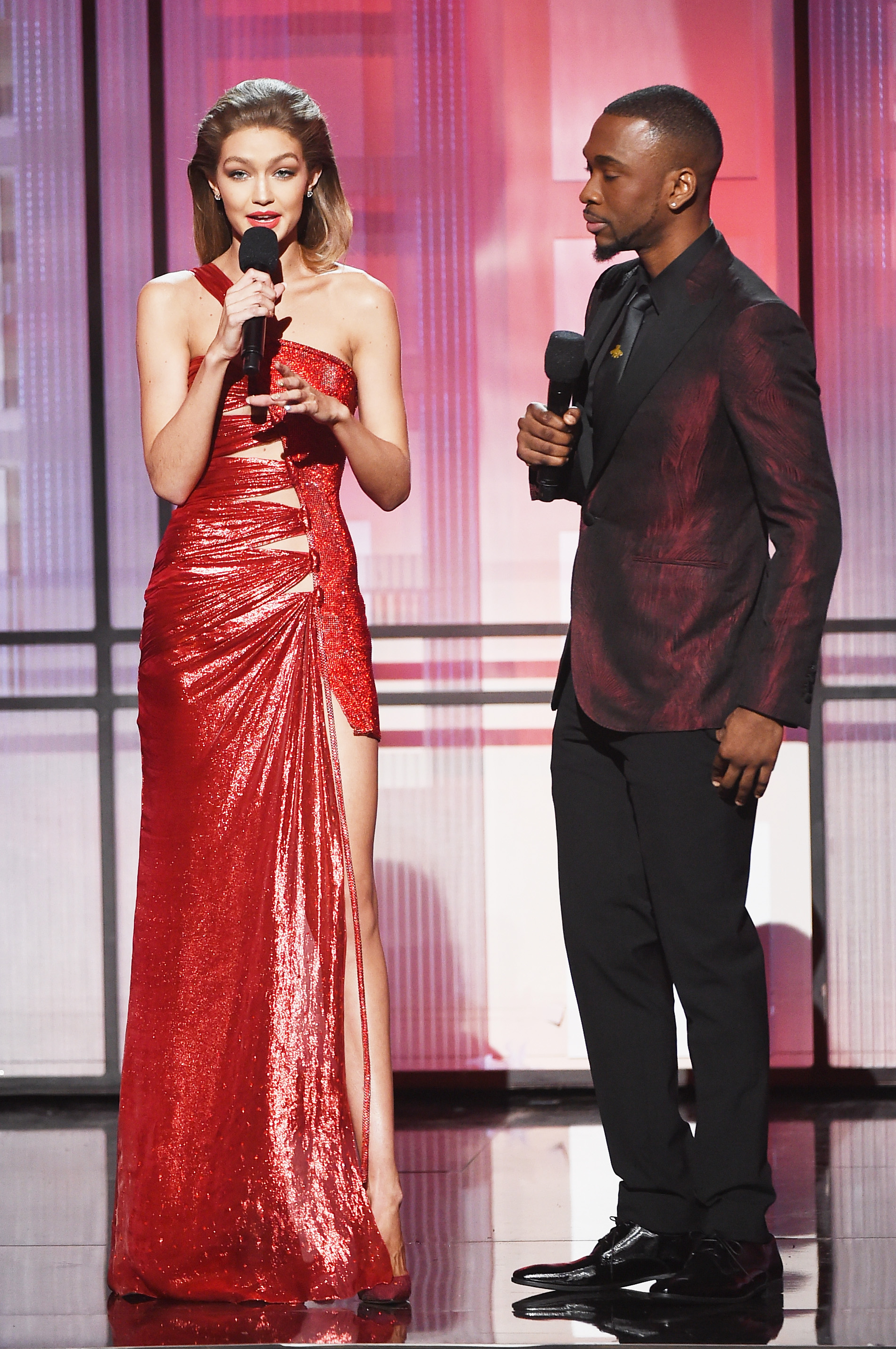 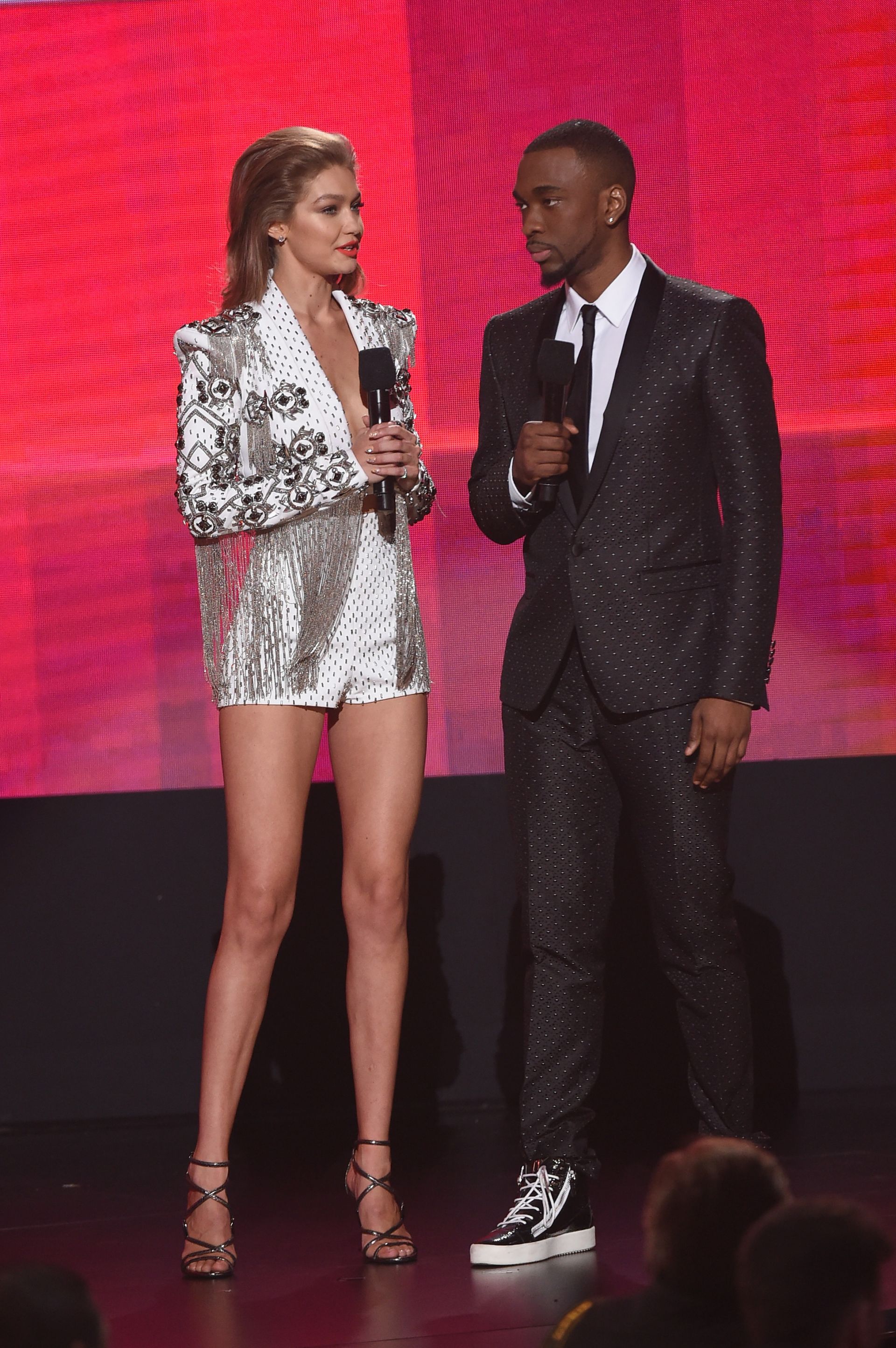 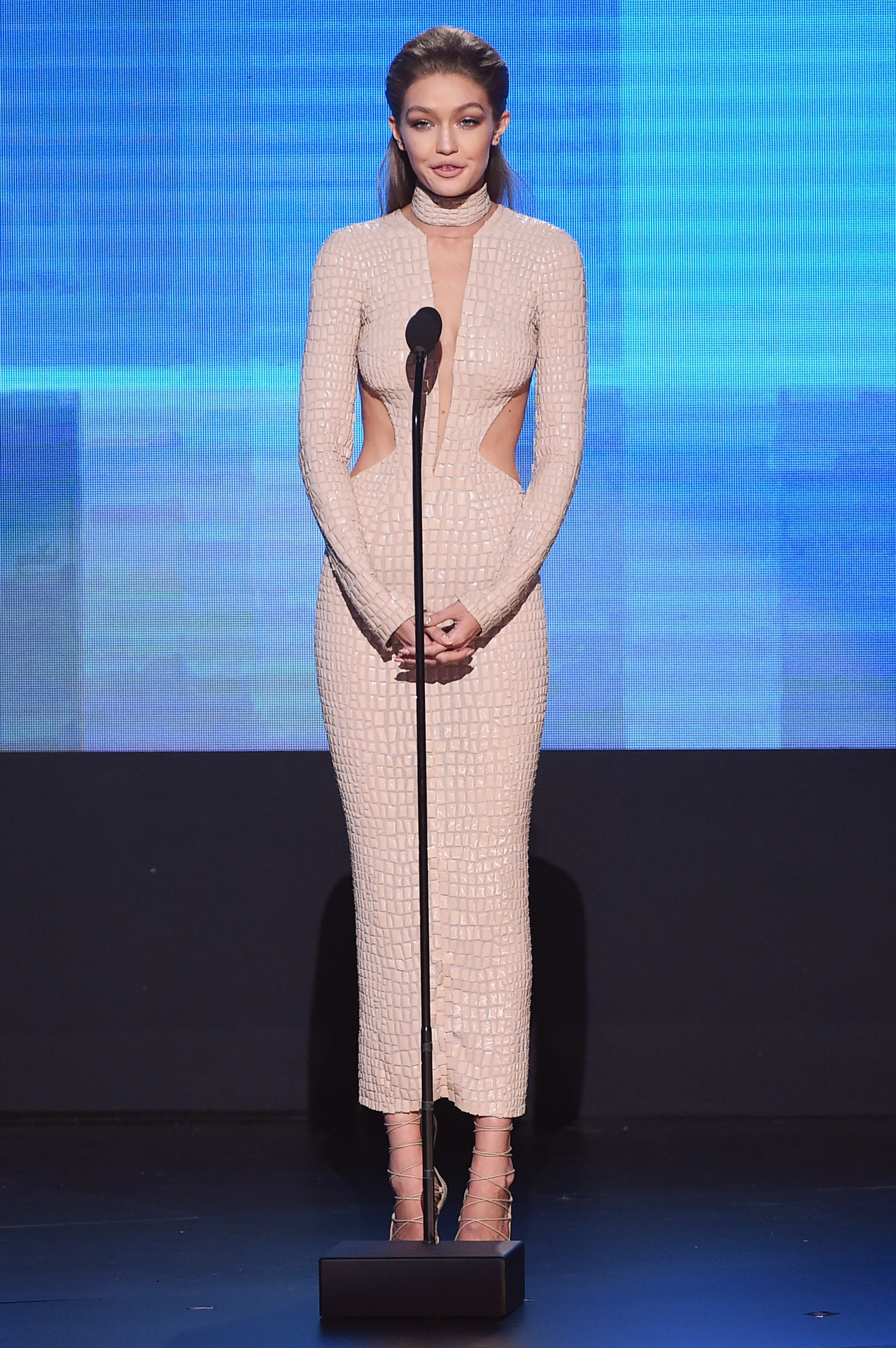 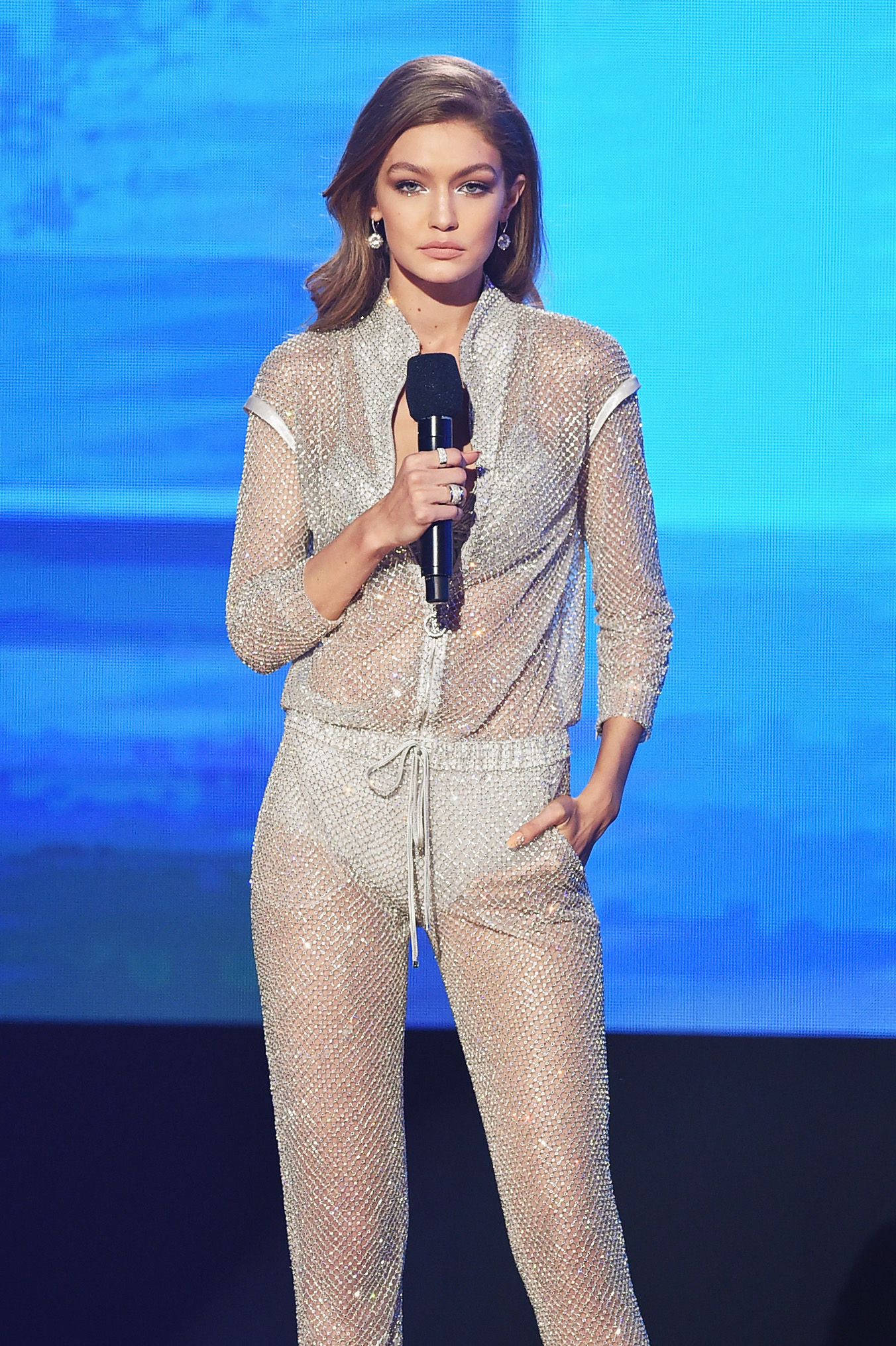 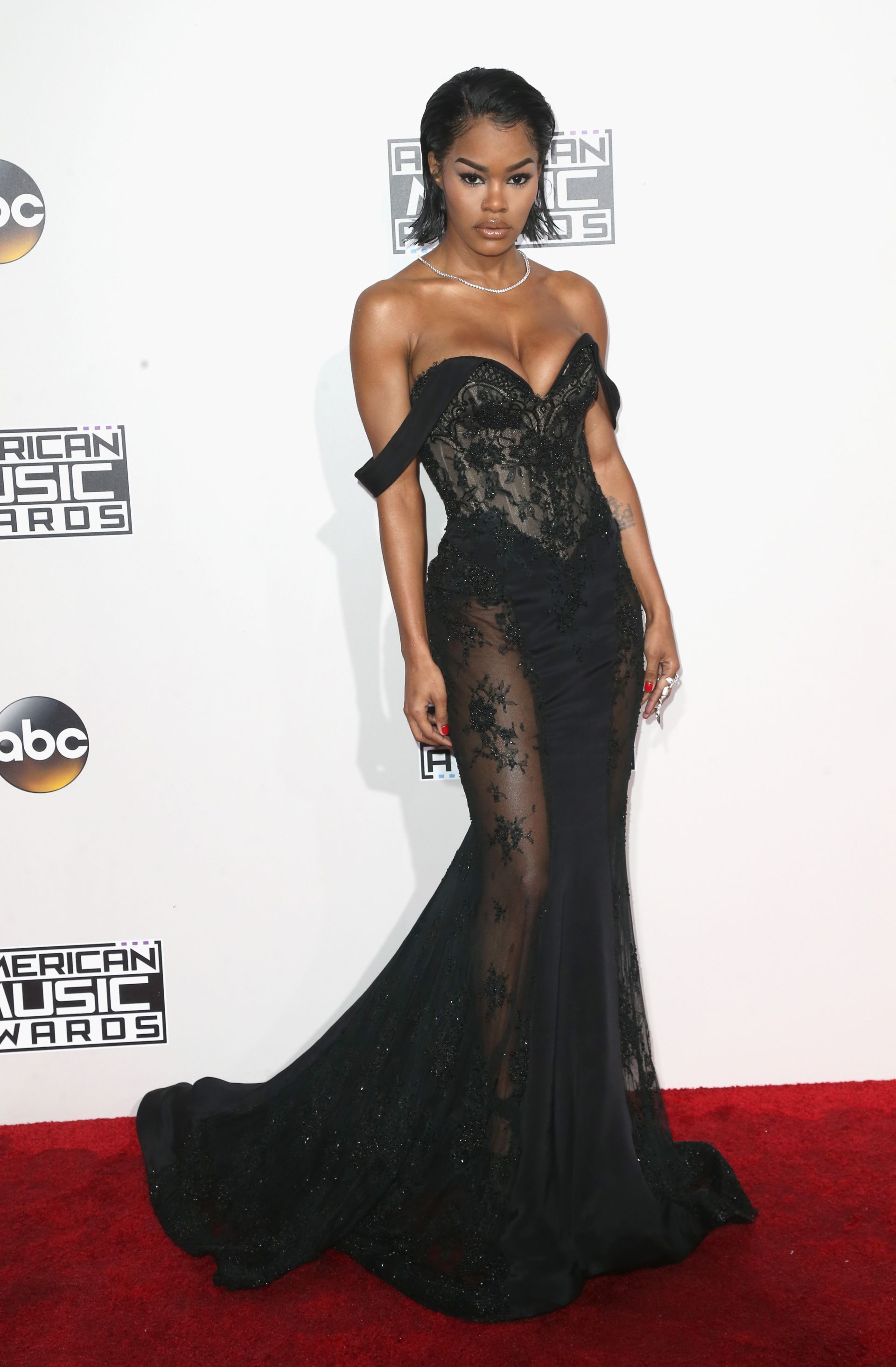 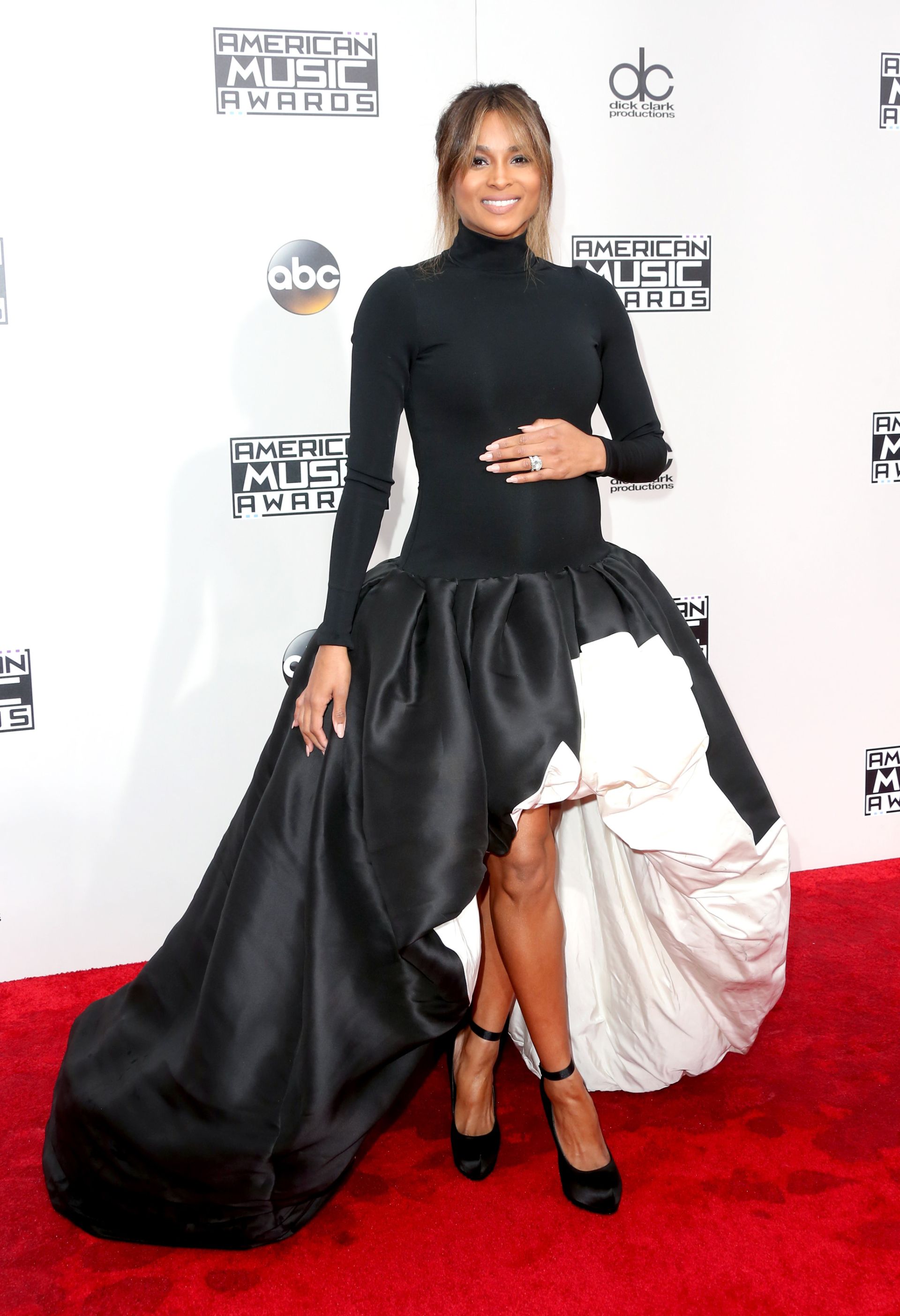 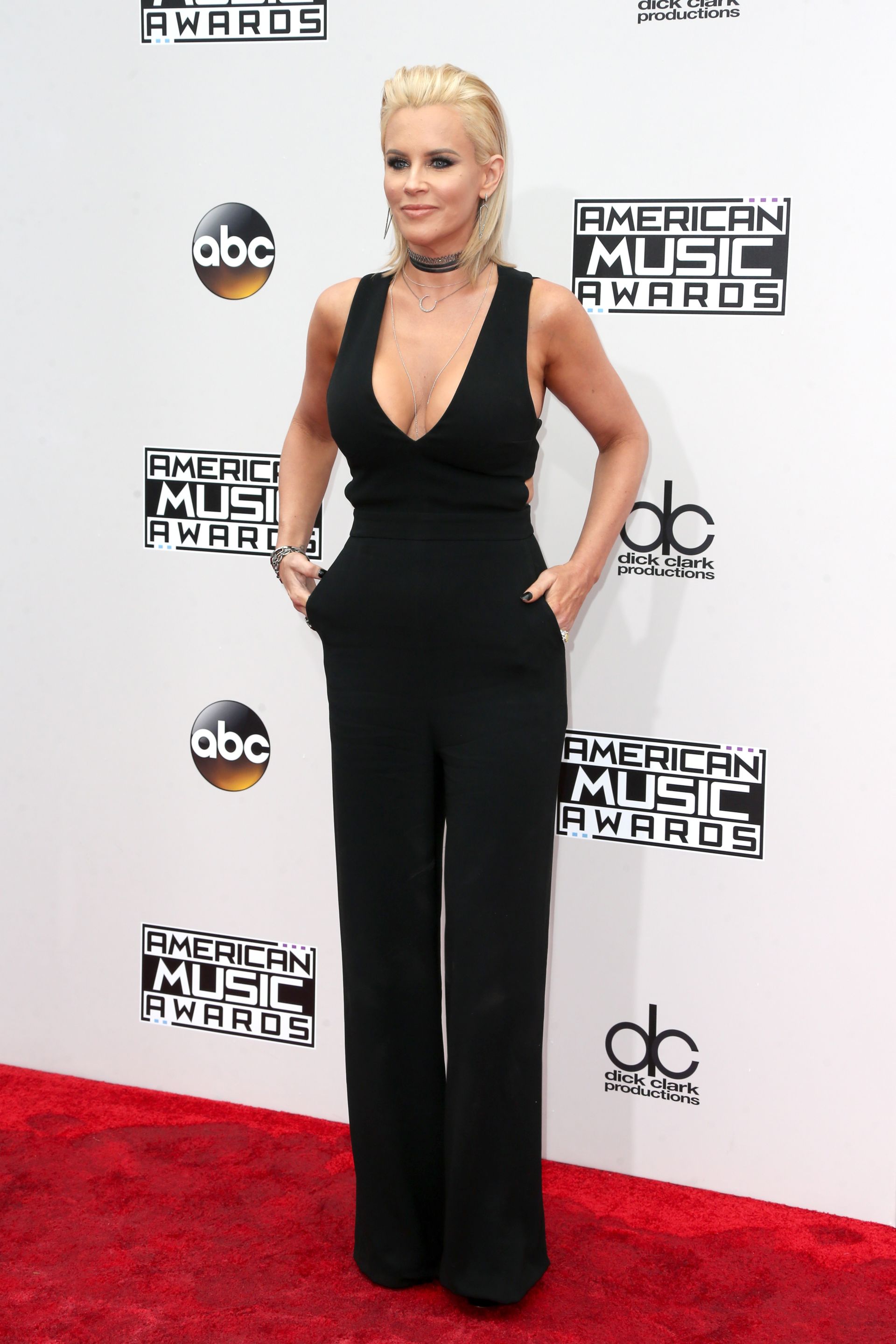 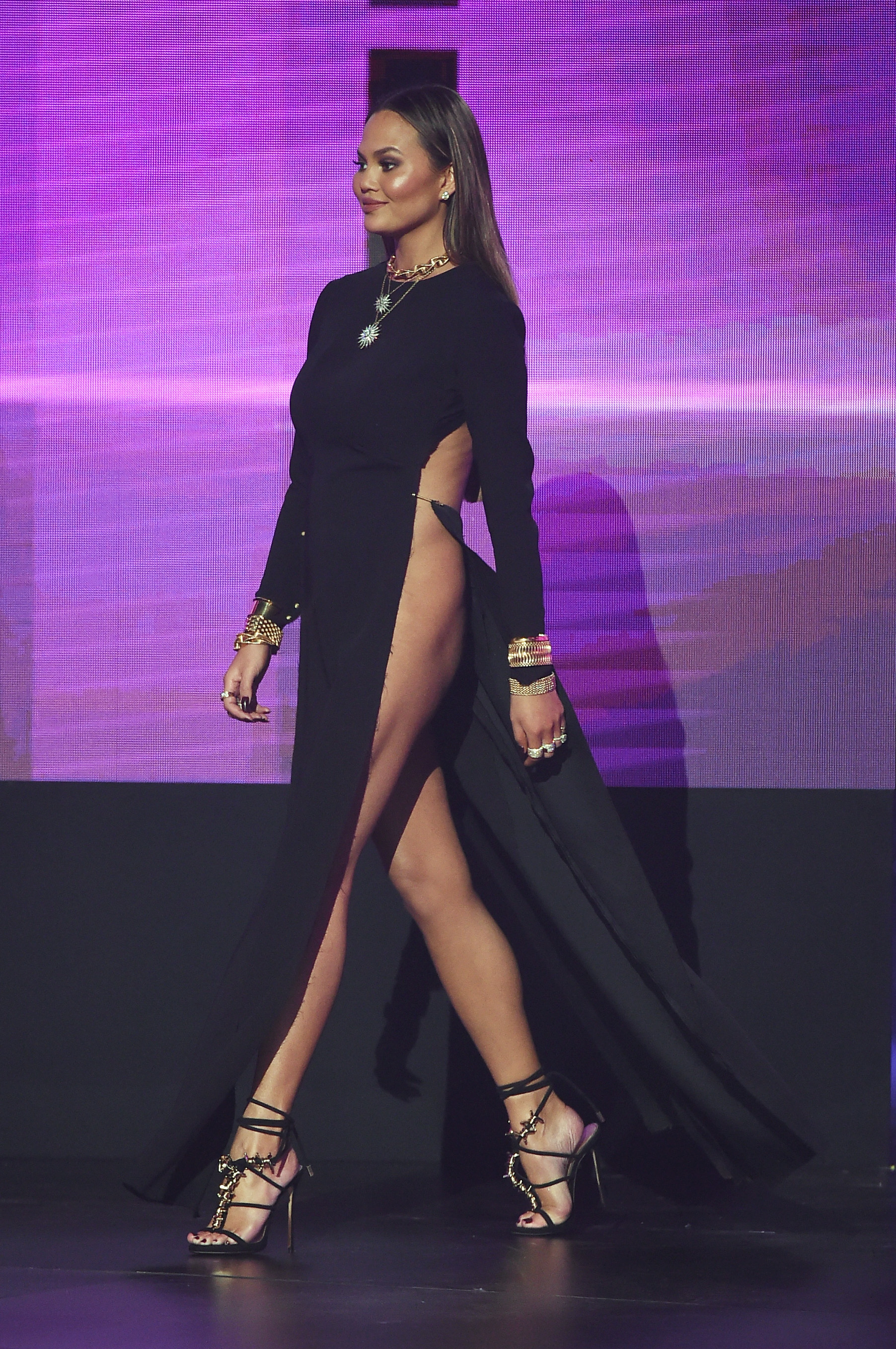 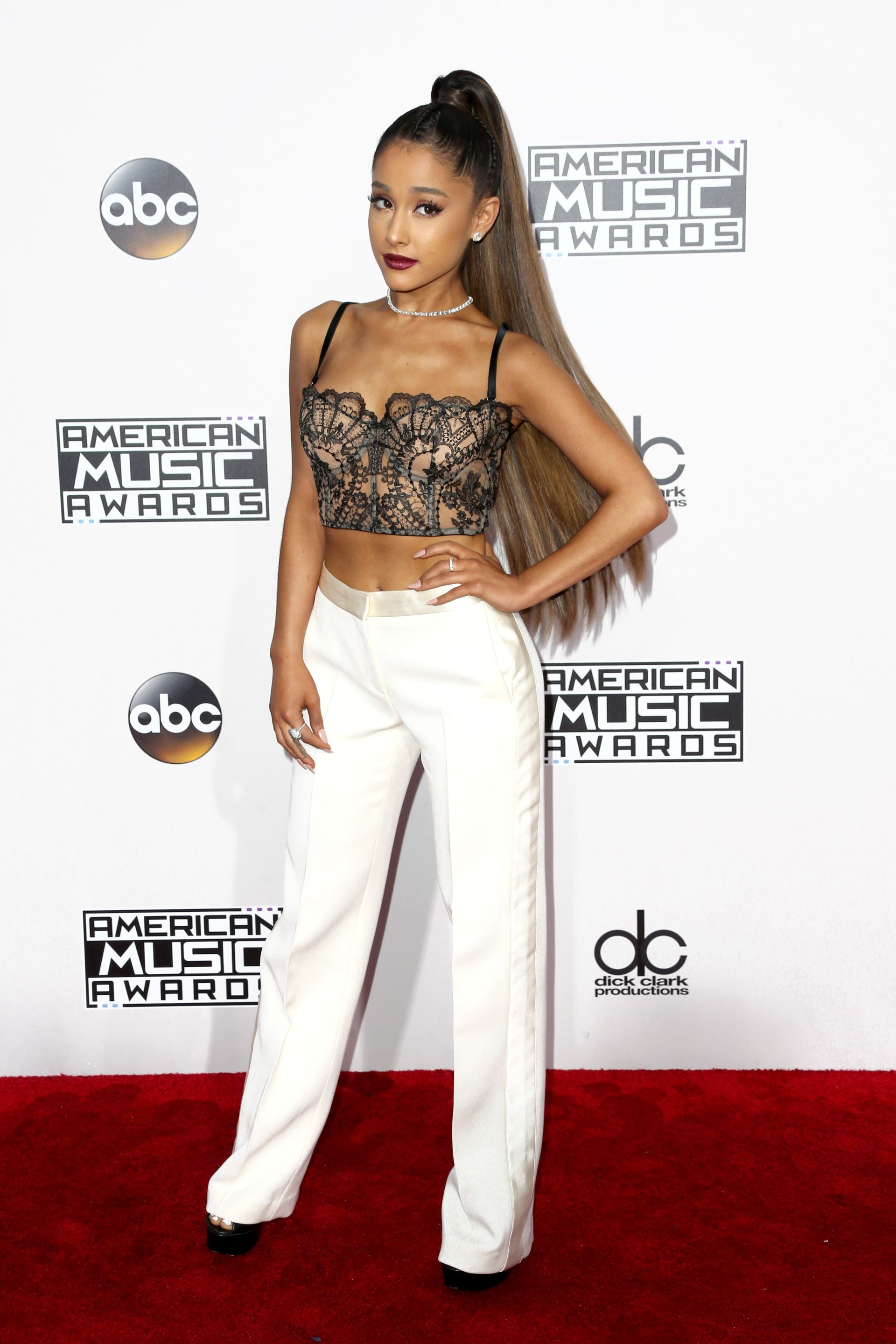 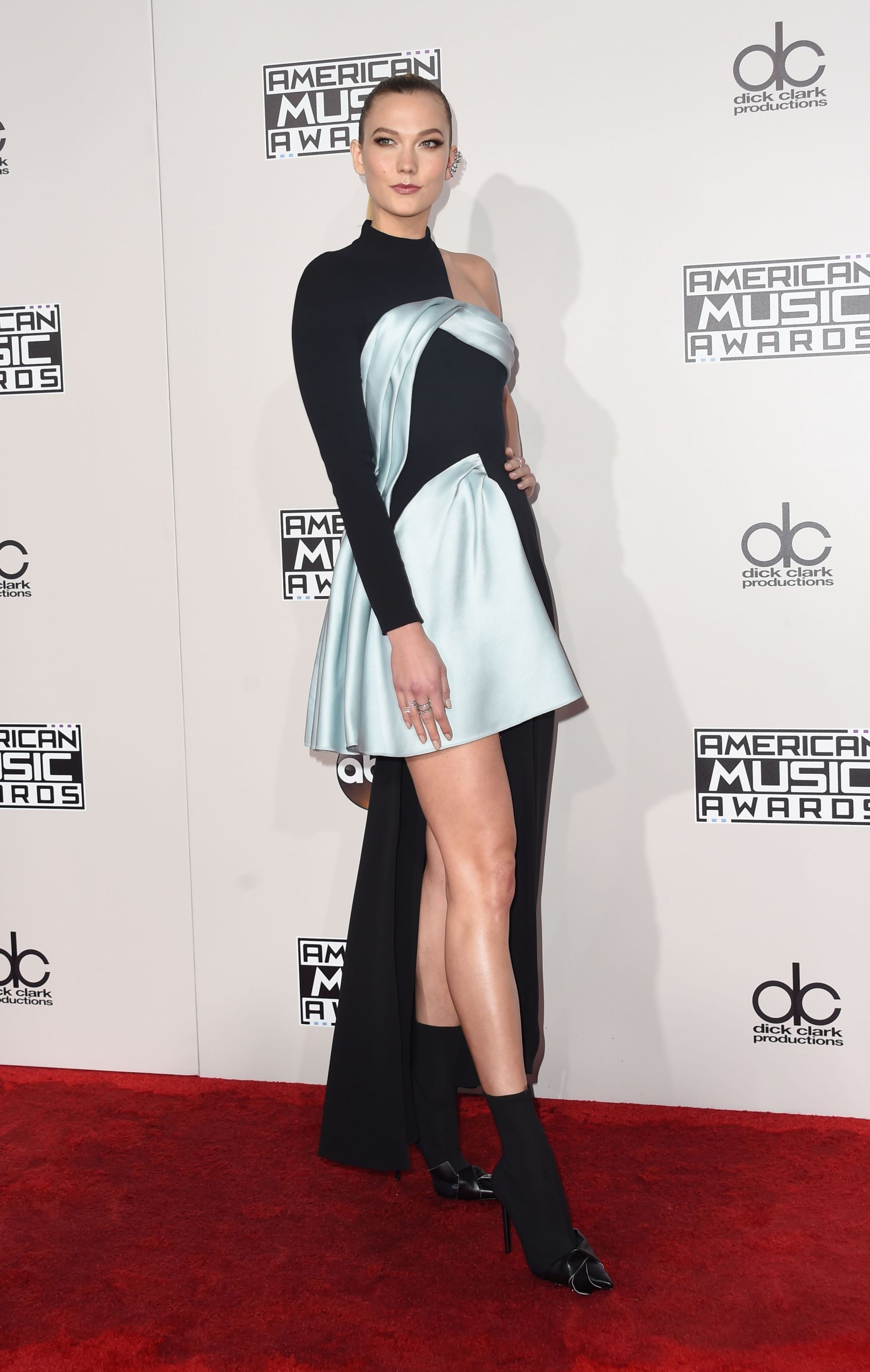 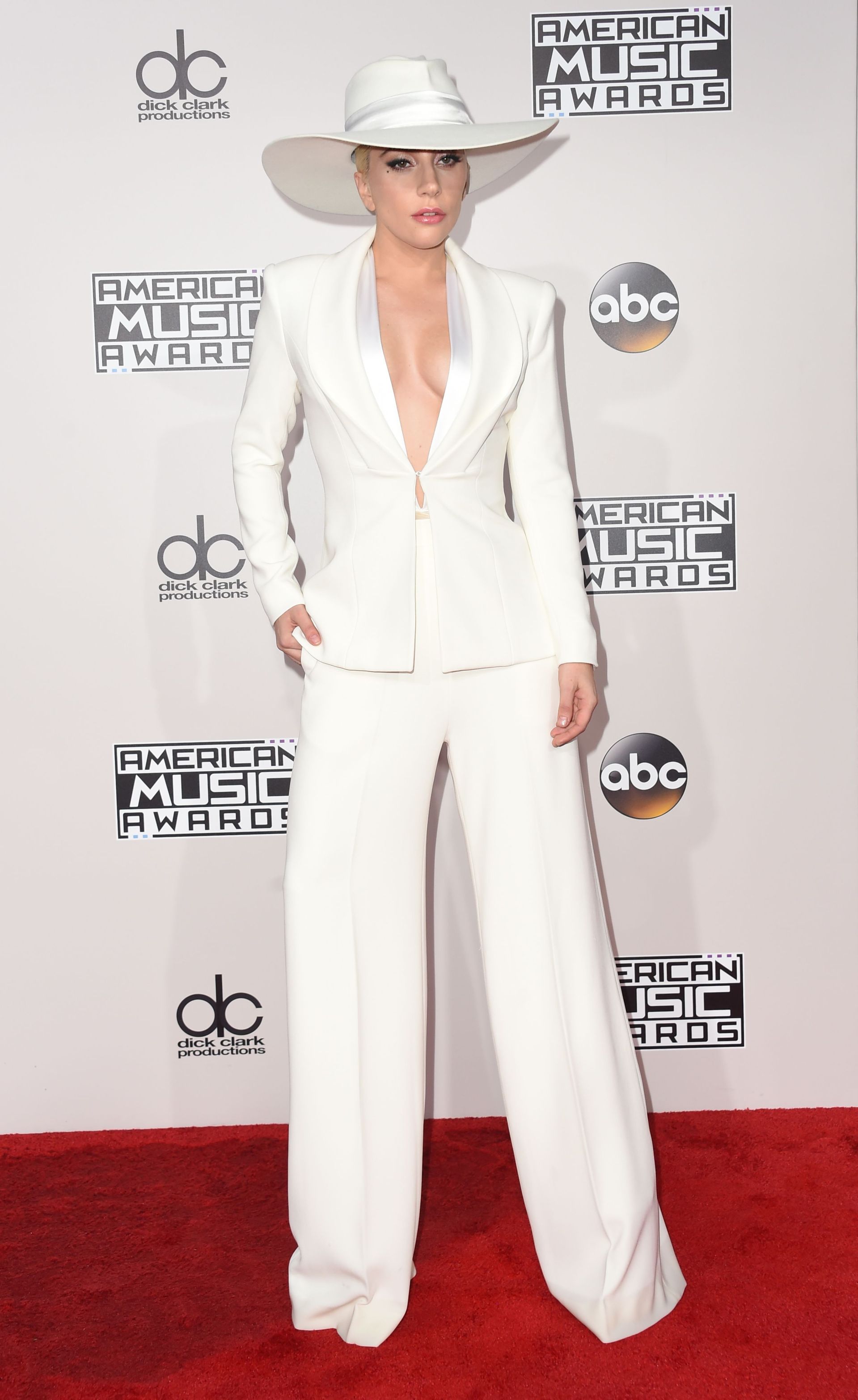 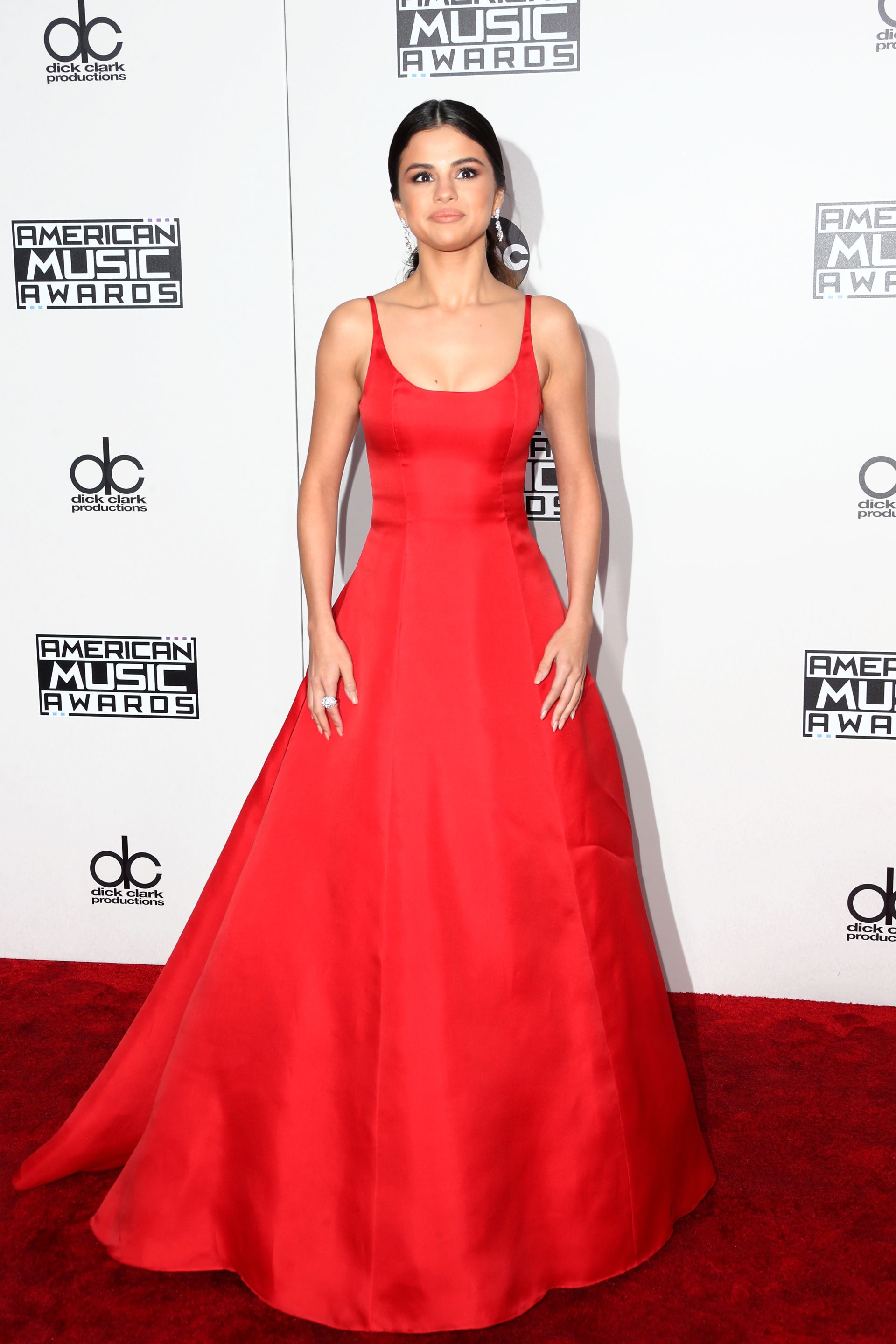 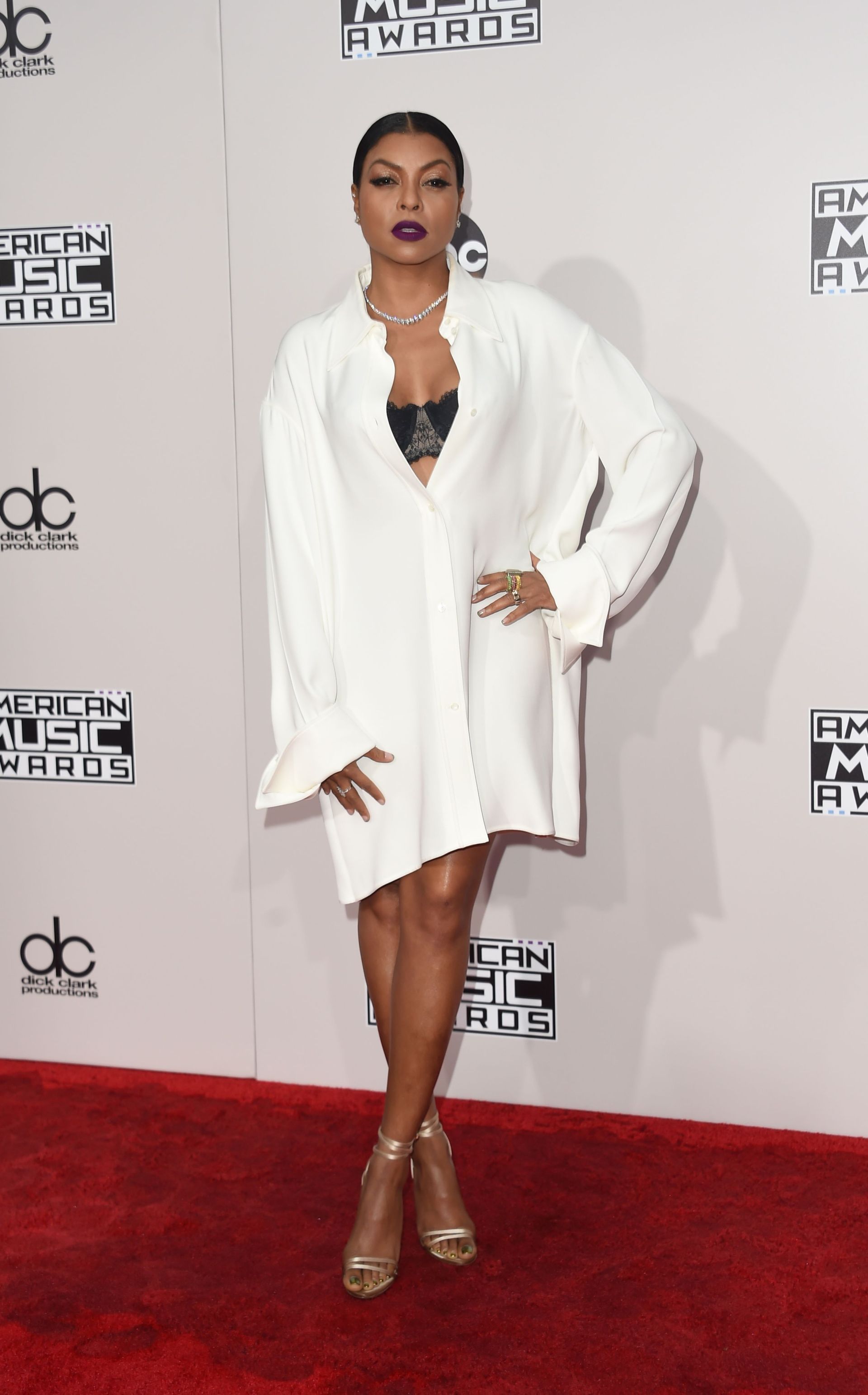 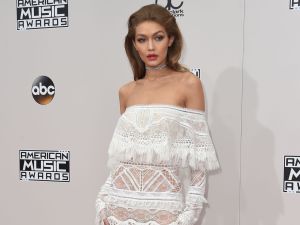 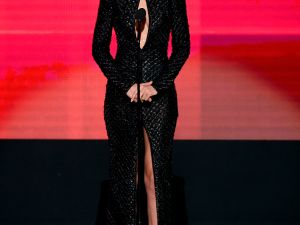 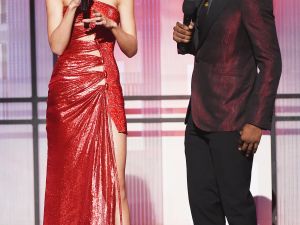 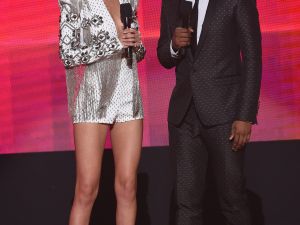 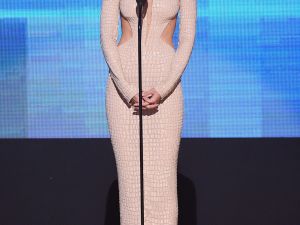 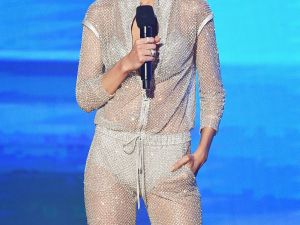 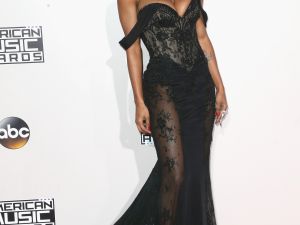 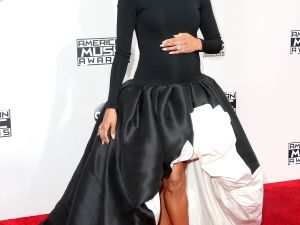 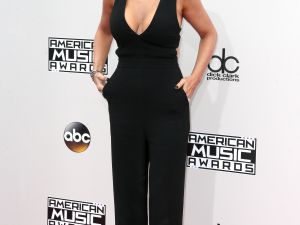 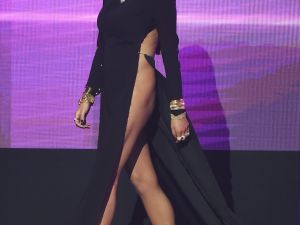 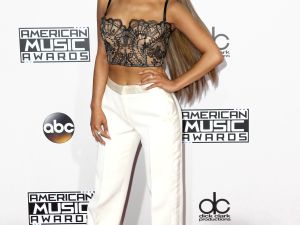 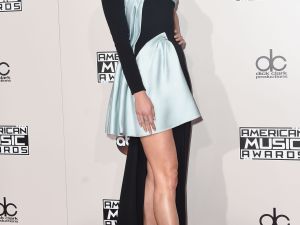 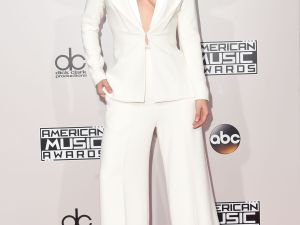 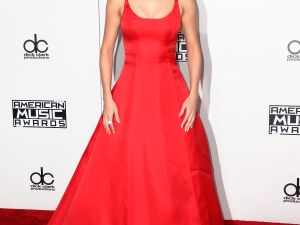 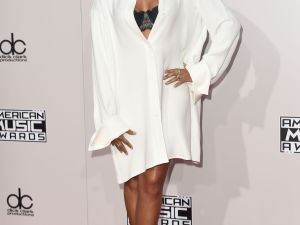 Gigi Hadid has been a fashion darling since 2014, when Carine Roitfeld put the model on the cover of her magazine, CR Fashion Book. However, Hadid no longer just belongs to just the fashion arena, and she proved that last night, by branching out and hosting the American Music Awards. Featuring performances by Ariana Grande and Lady Gaga, plus John Legend, Bruno Mars and Nicki Minaj, it was quite the night.

As is customary for a fashionable host, Hadid lined up multiple looks for the night. Kicking it off on the red carpet in a white lace Roberto Cavalli Couture off-the-shoulder number, she was spot-on with one of the night’s biggest trends: white. Lady Gaga also donned all-white, with a suit (which has been described as an ode to Hillary Clinton by some) that was deftly designed by her stylist of record, Brandon Maxwell. The singer finished off her dramatic look with a wide brimmed hat, an accessory that has been a consistent part of the star’s look since the release of her recent album, Joanne. Ariana Grande and Taraji P. Henson both also wore white, the latter in an oversized white silk dress from Cèline which was obviously très chic.

For her many onstage looks, Hadid turned up the glamour. A high-necked black-jeweled gown with a keyhole cut out, strong shoulders, long sleeves and a thigh high slit from Nicolas Jebran was just one of her many outfits. That look winked to others on the red carpet; everyone from Jenny McCarthy to Little Mix and Chrissy Teigen wore sexy black getups, too. Teigen’s Yousef Akbar gown also had a slit, though it was cut to reveal the cookbook author’s ribcage, and the rest of the left side of her body. A visibly pregnant Ciara also wore black, but opted for a high-low dress with a modest neckline and sleeves, by Stephane Rolland. Teyana Taylor also won high marks en noir, selecting an off-the-shoulder lace dress, vamped up by her amazing body and bone structure.

Hadid became the Lady in Red when she slid into a sexy Atelier Versace number, which she opened the show with. The figure-hugging dress sparkled under the lights and came with a series of cutouts across the body. Naturally, she paired the fiery frock with a red lip. And while there wasn’t much red on the red carpet, Selena Gomez, whose appearance was a bit of a surprise, did show up in a full skirted red Prada gown. The elegant sartorial choice proved that she is the embodiment of elegance and perfection.

Hadid’s other two looks were a pair of Julian McDonald dresses. One was a slinky, nude colored dress with cutouts and a high neck, the other was a broad shouldered embellished coat and high-waisted short set. These looks were so different from each other that they required a lip change, from a nude gloss to a bold red. The supermodel ended up closing out the show in another Atelier Versace, this time in a seemingly comfortable crystallized pantsuit, complete with a matching bra.