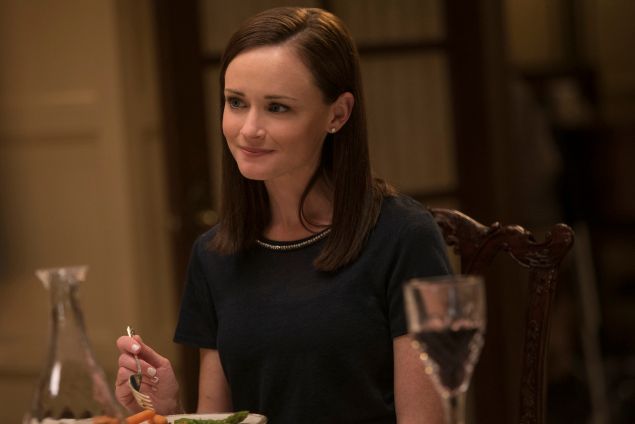 Putting two acrimonious characters in co-therapy is probably the most straightforward setup to generate explosive, emotional exchanges. It’s maybe this expectation of big dramatic payoff that makes Emily and Lorelai’s brief foray into mother-daughter therapy such a disappointing component of Gilmore Girls: A Year in The Life.

The closest we get to this is in Lorelai’s heartfelt memory of the night of her father’s passing, a revelation that happens after Emily quits therapy, and thus feels like a monologue in front of an absentee audience.

Elsewhere, it’s business as usual in 2016 Stars Hollow. The town now runs a secret bar behind Taylor’ despotic back; the town wants to run a gay pride parade but doesn’t have enough gays; and the Independence Inn only attracts B-List actors as Michel aggressively bemoans an existence in hotel management that will never see Jennifer Lawrence walk through his door – and to be fair, what’s even the point of such a life?

And business as usual isn’t doing it for Lorelai these days. She is as antsy as every, dreaming of the real Paul Anka again, which is never a good thing. As a woman now nearing her 50s, taunts at her unmarried status that would previously only garner an eye roll are starting to hit close to home. These tensions continue to simmer but it’s clear from the get-go that they are meant for a later seasonal resolution.

Where the film-pisode comes alive is where the original run of Gilmore Girls also first came alive, which is to say: the hallowed halls of of Chilton.

Why, yes, you did, Francie Jarvis former leader of the Puffs, and it is goddamn delightful. Rory and Paris’ return to their high school stomping ground as accomplished alumnae leads to a hall-of-fame Geller Meltdown in the girls’ bathrooms. A glimpse of Tristan (Chad Michael Murray) — I think? It was very literally a glimpse — is all that it takes for the divorcing Paris to unravel. And let’s face it, it would be weirder if Paris Geller had outgrown the early high school experience that defined her entire life’s worth of success.

“Screw you!” “Eat me!” was the first perfect bite of Gilmore Girls in what has so far been a good-but-not-mind-blowing burger. Yummy, yummy Gilmore Goodness. Plus, the fact that Paris lives in a five-floor brownstone with stairs so steep that her and her entire family try their best to keep their lives confined to the ground floor just makes me laugh.

Look, if at this point of the Year In The Life experience, you find yourself disliking Rory… you’re not alone. If it wasn’t for the many reminders that she is now thirty-two, it would be very easy to buy that this is a sheltered college-aged girl, still figuring it all out. That Condé Nast career she idealizes might as well be an internship that Rory really, really wants.

Even ten years ago, Rory being an investigative journalist always felt a little off, didn’t it? She is not a hustler; she is a praise-seeker. Her writing presumably dazzles, which tracks, but Rory is a character that would feels more at home as an editor, or novelist ruminating in a café than as an aggressive story pitcher. In Spring, her version of a being a journalist in search of work is to neatly line up her three phones and wait for one of them to ring, while dodging the blog aggressively pursuing her and that she deems beneath her. All in the background of prestigious teaching offers from her previous Headmaster.

To be fair, the show does a good job of portraying genuine writers’ anxiety within Rory. From the connection Rory is hesitant to use (that Huntzberger cut goes deep) to the meeting that went well but that she knows won’t lead to anything more (*hyperventilates into a paper bag*) the anxiety feels real. The problem is with Rory herself. There’s just not much space to root for her here — professionally or romantically.

Showing up to an interview unprepared, without having even read the site you hope to write for, and storming off when the job isn’t simply laid at your feet? Spoiled.

Having a panic attack because you had a one-night stand with a man dressed like a Wookie, while you previously had no qualms about hooking up with your engaged ex and using his home as your London crash pad (you tragedy)? Spoiled.

‘Spring’ ends with Rory presumably ready to make a change (and apparently not knowing how to properly dispose of old phones). However, until madame is on Tinder, with Logan blocked from her contacts, and willing to write Game of Thrones listicles for a paycheck like the rest of us plebs, I remain skeptical. 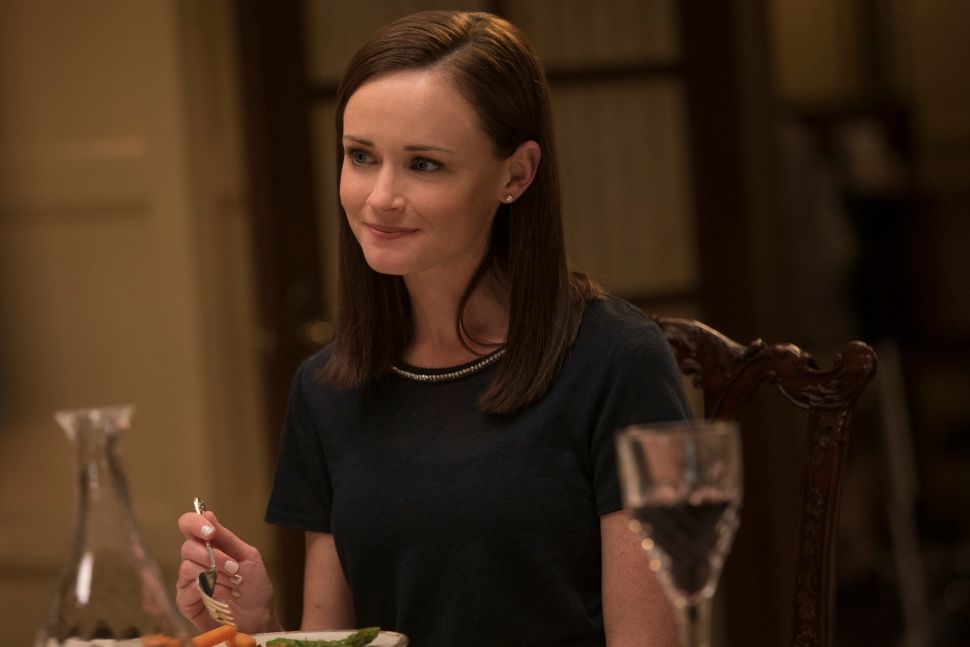