To borrow a line from Jacob Clifton, “Summer” is the Season 7 of Gilmore Girls: A Year in the Life, which is to say that it falls somewhere between “weirdly off-putting” and just plain “wrong.” Hamilton jokes are well under the bar set by Amy Sherman-Palladino, and unless you’re a fan of lengthy, purposely bad musical numbers, you might find yourself hitting the fast-forward button halfway through the episode.

Six months into the Year In the Life, Rory is still back home but petulantly refuses to be labeled as “back.” “It’s good to have Rory back,” mentions a character offscreen. Why? She utterly disdains you! From “Backfat Pat” to the 30-Something Gang (peers of Rory’s age that she would never lessen herself to hang out with), this entry hammers home the fact that the Gilmores’ love for their small town is closer to grotesque fascination. How Stars Hollow continues to revere and love the girls when they mostly stand on the sidelines laughing at all the peasants is occasionally baffling.

The very unpaid position of editor of the Stars Hollow Gazette is apparently just the ticket for her. I don’t mean to be too hard on her, but Rory really does seem to only ever be functional in one of two settings: small-town shenanigans or top-of-the-industry prestige. Anything in between is a nonstarter for the youngest Gilmore. Her desperation to get out manifests itself in increasing neediness for that London-based Logan D. The easy grossness with which Logan effortlessly makes plans with Mistress Rory (spades) with his fiancée in bed next to him is nowhere as charming as it’s meant to be.

Then again, maybe this moralizing of Rory is on me. Am I using too much selective memory with dear Rory? After all, she also had an affair with her also then-married ex, Dean, back in Season 5. This is kind of her thing. To the credit of the show, it doesn’t feel like a reheated storyline as much as the deep character flaw of a woman who seems to operate on a “dibs” system when it comes to her exes, and it’s kind of gross, y’all. There’s nothing cute about a woman compulsively dialing her soon-to-be-married lover (that she originally dumped, nearly a decade ago) multiple times a day. Pop that Lipitor, girl.

For her part, Lorelai finds herself butting heads with the musical-prone denizens of Stars Hollow over the world’s worst musical. When Sutton Foster was added to the cast of AYITL, people who had snorted Bunheads, like the Gilmore Girls methadone that it was, were thrilled. She seemed like the perfect addition to Lorelai’s life. A new chef, perhaps? Maybe a new romantic rival? (Remember Rachel, the redhead Lorelai? Luke has a type.) No! Instead, we just get the lead actress in the new Taylor-helmed musical on the history of Stars Hollow. The episode comes to a screeching halt with a 10-minute musical that only Lorelai and some viewers seem to perceive as awful (two out of five, according to this reviewer’s viewing party).

Lorelai’s troubles don’t end there. Our favorite Frenchman officially comes out with his desire to leave the Independence Inn, rattling another meaningful brick in Lorelai’s support system. We all need that mean friend.

Mother and daughter are both unhappy with cornerstones of their lives, which  leads to the climax of this episode: the book. Rory, once again pepped-talked by the obstinately denied, under-your-goddamn-nose ex Jess, plans to turn her and her mother’s life into a book. A character writing a book or mounting a play about the story you’ve been watching often feels trite and hollow on TV—like standing between two mirrors. But in this case, it makes sense and adds a sense of closure to the reopened lives of the Gilmore girls.

Where things go off the rail is in the blowout that this causes between mother and daughter. Don’t get me wrong, it’s a good blowout. (Very dramatic—right by Richard’s gravesite.) I just…don’t buy it? I don’t believe that this would be Lorelai’s line in the sand for given how openly she lives her life and how aimless Rory is. And if there was one person she would trust with this story, it would be Rory.

Nor do I believe that Rory wouldn’t be sensitive to pitching Lorelai her “single mother who cleaned hotels with a baby strapped to her chest” as a “Riches to Rags” story. The bones are there, sure, but it’s not as meaty as I would like given that this is the fight of this revival.

The second round between Lorelai and Luke makes a lot more sense as the two have it out in the middle of Luke’s Diner with Luke stopping short of accusing her of an affair with Christopher. (You know that’s the name on his lips considering their past.) The secrets and small lies have been piling up, and the two have fallen out of sync; this is a fight that makes sense.

I understand everything it is trying to accomplish, but I just don’t get “Summer”. It’s not a bad entry. It’s just for a very particular breed of Gilmore Girls superfan. (That’s right, plebs; there are tribes.) The humor feels forced, beating you over the head with Kinky Boots repartee. While I did enjoy the final scene of Lorelai crying at Sutton Foster’s A+ performance, the road there was an ordeal. Bring on the fall. 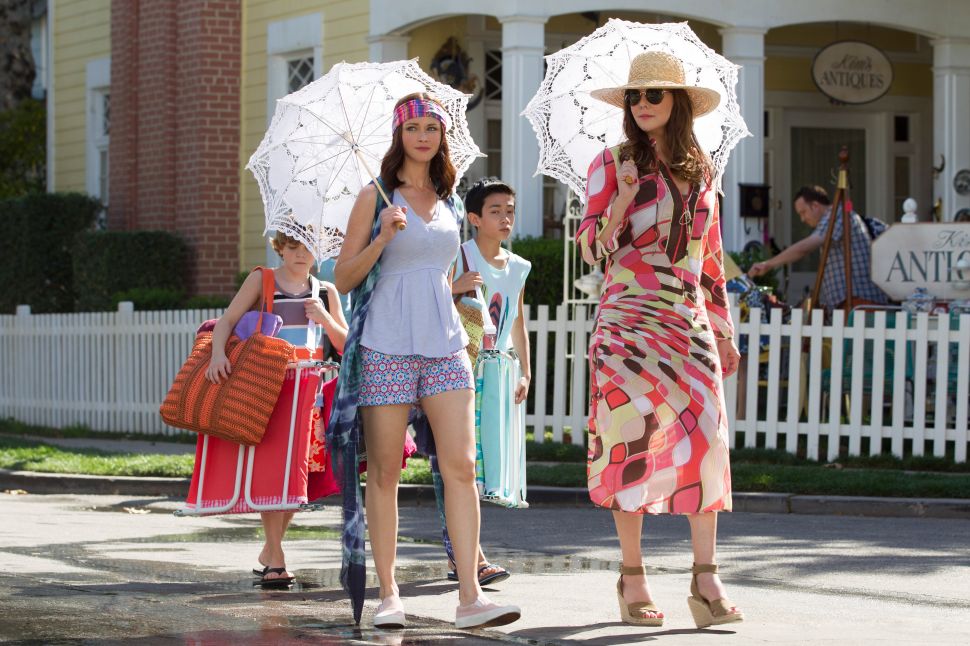