It’s only right that in this Alice in Wonderland-themed season of Gotham–one that’s already featured a Mad Hatter, a White Rabbit, Tweedlee AND Tweedledum, that last night’s episode, was all about this guy! 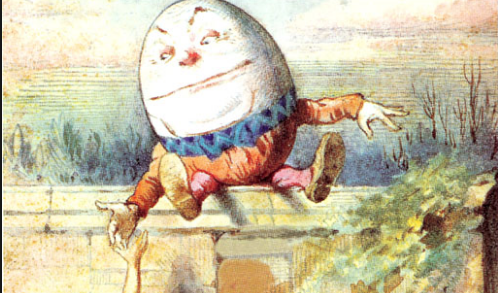 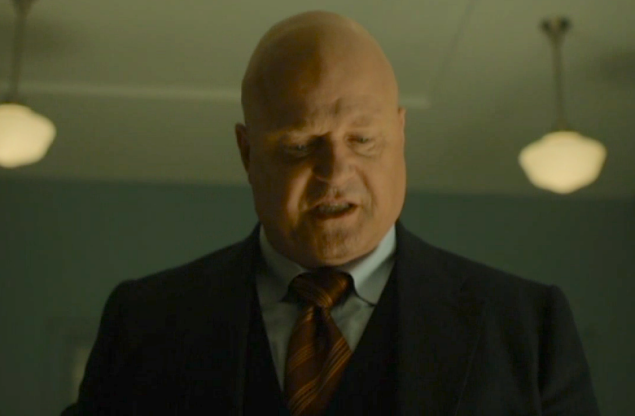 That’s right, “Blood Rush” centered around Gotham‘s resident Humpty Dumpty, Captain Nathaniel Barnes, who all the king’s horses and all the king’s men can’t stop from becoming a veiny rage-monster because some girl’s poison blood fell into his eyeball. Just like the nursery rhyme says. Look it up. I’m nailing this.

Anyone who reads these Reference Guides weekly knows we tend to give Captain Barnes a little flack now and again; how can’t seem to go through a full sentence without losing half his body weight in saliva spray, how he resembles what would happen if the Fairy Godmother from Cinderella granted a pumpkin life but then forgot to change it back at midnight. Etc etc, the usual critiques. But now is a good a time as any to point out Michael Chiklis not only starred in one of the most influential entries in the Second Golden Age of TV, but is still a phenomenal actor who does “terrifying rogue cop” better than almost anyone in the game. Plus, dude starred as DELL TOLEDO in American Horror Story, which is a great alias to use when you’re convincing strangers to forward you bitcoin in Omegle chat rooms.

With that said–not because Mr. Chiklis has shown up not once but three times to my home with a crowbar at 4 am, but because I genuinely mean it–“Blood Rush” works perfectly as a showcase for a Captain Barnes rapidly losing control of his own mind. As it turns out, Alice’s blood not only unlocks hidden abilities but forces its infected to see the world the way they would under the their darkest influence. For Barnes, that means a Gotham City infested to its core with crime, crime that goes unpunished because corruption is high, justice is low, and most of the GCPD has this problem where they can’t search for evidence without literally soiling their pants. It’s a tough world, man, and Barnes’ corrupted mind has deemed itself judge, jury and executioner.

Now, not a ton actually happened this episode–there was a villain-of-the-week type named Dr. Maxwell Symon, who was like the Snapchat Face Swap function but, like, in real life–but it was a great character episode. Comic book stories–and, for some reason, especially Batman stories–always seem to mine great, little moments over an interrogation table, and the exchange between Barnes and an incarcerated Tetch is no different. It’s Tetch’s batshit, childlike rhyming contrasted against Barnes’ brick-wall brand of crazy, his “violent, bloody rage.” It’s shades of Batman and the Joker, if Joker low-key wanted to smash because he knew his sister’s magic blood was coursing through Batman’s veins.

Barnes’ slow-boil transformation all comes to a [long, dramatic pause] head at an engagement party for Leslie Thompkins and Mario MumbleMouth II thrown by Carmine Falcone. Now, look, I’m all for any chance to bring back great actor/actual man-giant John Doman, who is so at home playing a smooth gangster kingpin that if we ever crossed paths in-real-life I’d probably give him $100 as protection for my family’s leather shoe store out of pure reflex. But allow me to list every detail of this party that made me laugh out loud over sheer ridiculousness:

Finally Dr. Symon, who Barnes had previously brought into custody on murder charges slash beat the shit out of, arrives to the party because no one in Gotham City stays in jail for longer than two hours. Barnes momentarily switches comic book publishers to become The Incredible Hulk and launches Symon through a wall and on to a car hundreds of feet below. The episode ends with Symon breathing his last words to Jim, “Barnes“, so expect next week’s Gotham to open on Jim in a Barnes & Noble like, “I just don’t get what he meant, Harvey.”

I’d be remiss if I didn’t at least touch on the Eddie-Isabella-Oswald triangle, because there’s definitely….something going on here. Isabella is a mystery, possibly a zombie, maybe a future villain with a bed-lamp on her head, and here we get the first signs that there’s much, much more than meets the eye. Eddie is, understandably, a tad worried about murdering Isabelle because dude is a riddle-obsessed wack-job dating the exact replica of the girlfriend he DID murder (that girlfriend’s ghost is also appearing in mirrors, complicating matters a twad). But, when Eddie sends Oswald to gleefully cut ties for him, Isabella pulls out her own bananas-card, dressing up like Kringle to not only prove Eddie won’t murder her, but also to get in on some kinky-ass ex-girlfriend role-play sex.

Which, coincidentally, might be the last sex Isabella ever has, because Oswald, lest we forget that in addition to a love-sick penguin he is a murderous psychopath, cuts the brakes on Isabella’s car. We leave her careening on to a train track, which, as a good friend texted me during the episode, didn’t really have to happen. All those books Isabella read over her life, and “How to Steer a Car” wasn’t one of them. Oh, dear.

As always, let’s run down every reference, fact, and nugget of Bat-history brought up in season 3, episode 8, “Blood Rush”

So I can’t be totally sure, but it definitely looks like here: 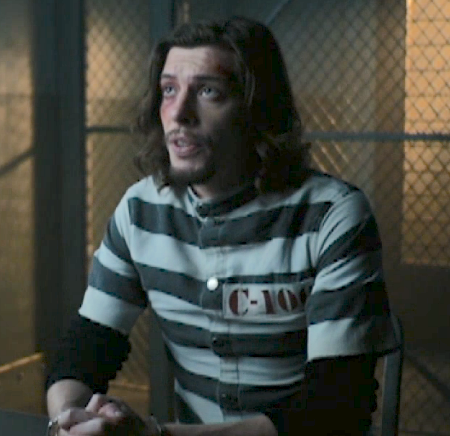 And a little bit here… 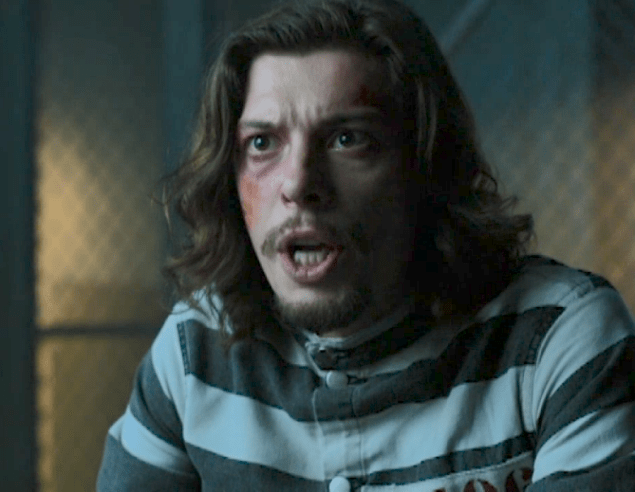 The middle-man between thug Paulie Pennies and Dr. Maxwell Symon goes by The Toad. To my vast, unending disappointment, he turns out to be a regular dude, and not Mister Toad, a character created by Grant Morrison in 2009 that looks like this:

Worth noting: Mister Toad was based on the character of the same from Kenneth Grahame’s The Wind in the Willows, keeping with this season’s overall children’s story theme. ALSO, Morrison’s Mister Toad works for Professor Pyg, who is basically a much, much creepier version of Doctor Maxwell Symon. 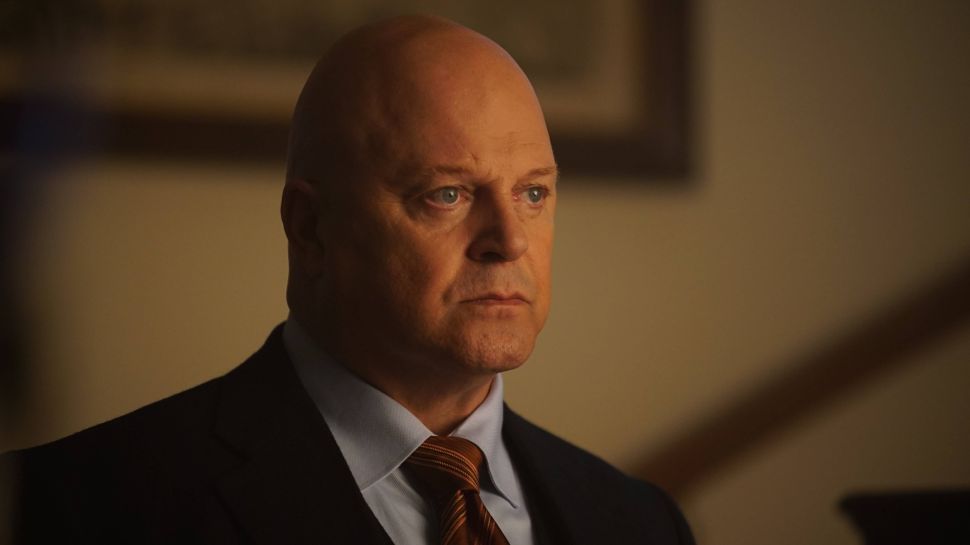