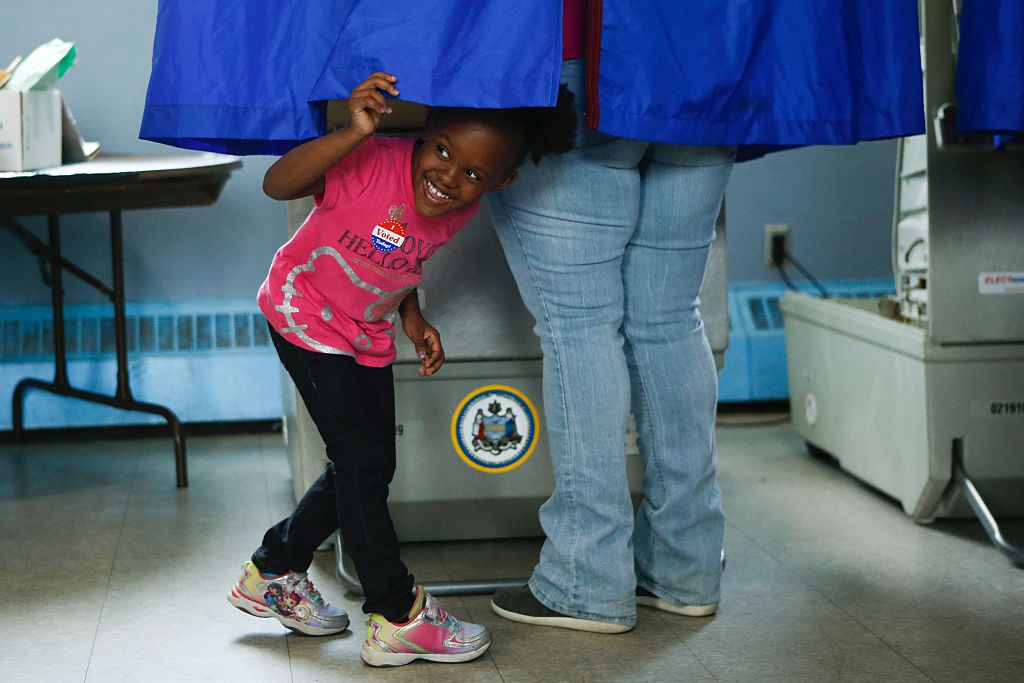 A young girl looks out of a voting booth during Pennsylvania’s primary election on April 26, 2016 in Philadelphia, Pennsylvania. Eduardo Munoz Alvarez/AFP/Getty Images

Get out the vote (GOTV) comes down to this: persuading people on election day to get up off their couch and go to their polling place and cast a ballot. For most Americans, the polling place isn’t that far away, but a lot of people just never do it. In fact, as developed countries go, participation in the United States is bad. There has never been a presidential election in living memory where the difference between the winner and the loser wasn’t dwarfed by the number of people who just didn’t show up. But hope springs eternal, and GOTV is the art of making sure that people get to the polls.

GOTV is mostly campaigns making sure that their likely voters go, but some of it is also civic organizations promoting engagement in public life. Naturally, as technology has become a more important part of public life, creative people have started to use it as a way to persuade people to vote. Here are a few of the technologies that have driven tomorrow toward its maximum possible impact:

TurboVote. This good government tool from Democracy Works takes a long view toward changing the world. Operating from the assumption that a more engaged electorate builds a better country, it updates voters with absolutely everything they need to know about voting. Voters sign up for text- or email-based notifications, and it reminds them about every election they can vote on. Every primary. Every school board election. All of them. Plus, if you want to vote early, absentee or by mail, it will guide you in the right direction to make each one as simple as possible. It also updates with key voter deadlines and sudden changes that may affect voters (such as their polling place moving at the last minute). If that sounds like a giant data headache, it is. They do it so you don’t have to. Obviously, the downside for TurboVote is that voters have to opt in to it, but the team has managed to recruit big brands—such as Starbucks—to help get the word out, increasing the chances that someone will get the message on a day when their better angels have the helm.

Vote Smart. This is the web 1.0 site for the politically engaged. It has been around pretty much as long as people have been online. Trying to make an informed decision about which politician to support? This site has gathered all the information it can in order to help voters make comparisons about where different elected leaders stand on the issues. Don’t even know what issues you care about or where you fall on the political spectrum? This site will help you figure out that out, too. Again, this is more of an opt-in approach. If you don’t care enough to visit the site, it’s not going to help.

Brigade and Voter. There have been a bunch of organizations that were founded around the idea that people would vote more if they understood where they stood politically better. Brigade is a social network for voters and Voter apes Tinder, but to match voters with candidates. Both help voters clarify where they fall politically. Neither probably actually matter at all, but they are well-intentioned. Voter only has 178 ratings in the iOS store and between 10 and 50,000 downloads in the Google Play store. Brigade has 95 ratings in the iOS store and also has 10 to 50,000 downloads in the Google Play store. Yawn. In 2011, ElectNext (which became Versa, which got acquired by Change.org) pursued a similar problem and has since been forgotten. Don’t hold your breath for any of these “political compass” sorts of ventures to change anything about the world.

Party At the Polls. This nonpartisan effort wants to celebrate voting by holding parties for people who are glad they voted. It’s using the web to spread the word.

Silicon Valley is going all out to push voting. You’ve probably noticed pushes on Google’s homepage and even inside Gmail. Same on Facebook. By and large, the big sites have their own strategies for nudging users toward the polls, just in case there is anyone out there that wasn’t aware that there’s an election on. Obviously, “I Voted” stickers have gone digital, and Twitter is ready to post it in many languages.

Transit apps. If it’s an app that moves people or helps people move, it’s doing a promotion on Election Day. Which is admirable, I guess. The problem is: most people live close to their polling place. The people who don’t live close to their polling place probably don’t live in a place where services like Uber or Moovit are particularly active. But, good for them? No doubt such efforts might help voters with mobility issues. Is it enough to move the dial in any particular race? Probably not, but it’s nice.

NationBuilder. NationBuilder is not a voter facing organization. It’s a politician facing organization. Its co-founder, Jim Gilliam, became something of an internet phenomenon with his talk, “Internet Is My Religion.” Gilliam built a company around the idea that people who lead people change the world, so if it’s easier for more people to show leadership, there will be more change. He built a suite of tools that make it as easy as possible for individuals to build a following, keep in touch, engage and empower their bases. The company is designed to work for a leader as he or she starts their work running for precinct captain, all the way up to a run for U.S. Senate.

Activate. This service is also geared toward campaigns and issue organizations. It takes the technology telemarketers use and puts it in the hands of campaigns. They can load lists of thousands of voters into the system. The system calls those voters and when someone actually answers the phone, it patches them through to a live caller. Callers never dial. They never hang up. They just sit there and take call after call, using a script and logging the responses from voters. It’s a little hard to understand for anyone who hasn’t done it, but as someone who has worked their fair share of phone banks, I can tell you: you waste most of your time just dialing numbers. The Activate system dramatically increases the number of people volunteers and campaign staff talk to. The live people on the phone only talk to real people when they answer. It’s weird, but for campaigns who want real people to hear the voice of other real people, it really works to maximize their contacts.

Whoever wins the various elections this year, many of the campaigns or going to try to eek out a little more media attention by pushing the story that their team had the most high tech operation out there. Don’t believe the hype. Everyone has pretty much the same tools.

All GOTV comes down to this: nudging, nagging and cajoling voters. It’s pretty simple, really. The only technology that really matters on election day is the stuff used to make the material at the bottom of a voters’ shoes, because if they don’t want to get up and go, they won’t. There’s no big data / machine learning / social media / search engine optimization / thinkfluencer mobilization / crowd-sourced trick that’s going to change that. 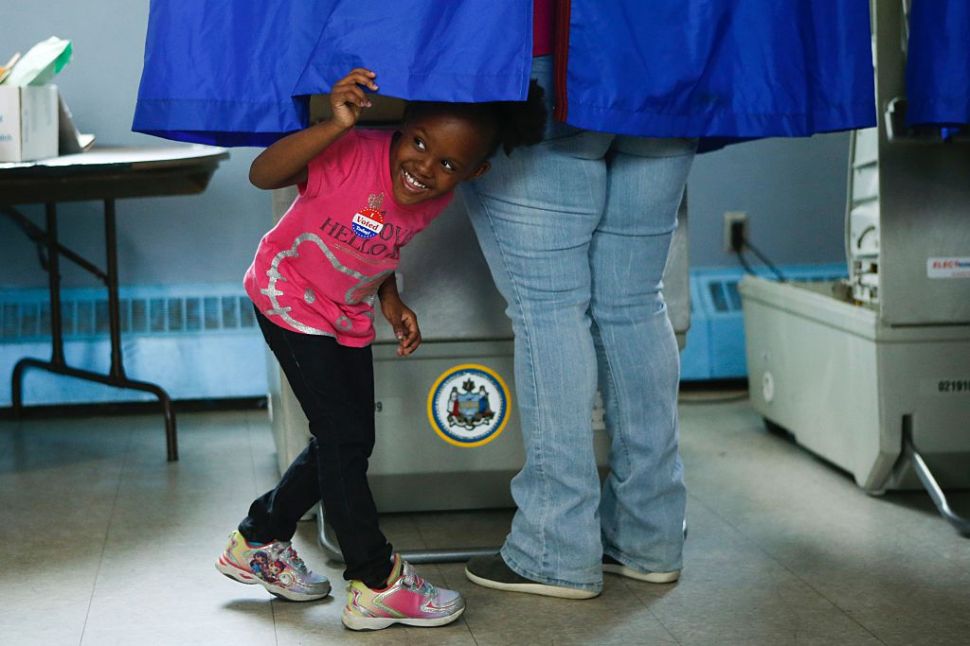