On the evening ahead of Governor Chris Christie’s scheduled 11:30 a.m. press announcement today, Lieutenant Governor Kim Guadagno had a phone crunched against her ear.

Christie’s number two was working the phones, dialing county party chairs and trying to secure support for her own 2o17 gubernatorial run.

Guadagno’s been laying the groundwork for months toward her own statewide shot, and one source didn’t read anything unusual in the LG’s timing ahead of Christie’s announcement set for the statehouse rotunda. But the possibility of a position in the administration of Donald J. Trump coupled with his own bottomed out poll numbers in his home state have made Christie appear especially eager for evacuation.

The governor had a private pre-Thanksgiving sit-down with Guadagno, fueling speculation that he might be prepping her for a hand-off. But Christie too used a surprise appearance at a Gudagno-primed microphone in Atlantic City nearly two weeks ago to assert his plans to finish his second term in office.

Guadagno’s decision to call chairs may simply have been a reaction to a PolitickerNJ report that comedian Joe Piscopo, who has met with Christie and talked of his plans, in the last number of days reached out to county party pooh bahs to gauge their interest in his own Republican gubernatorial bid. 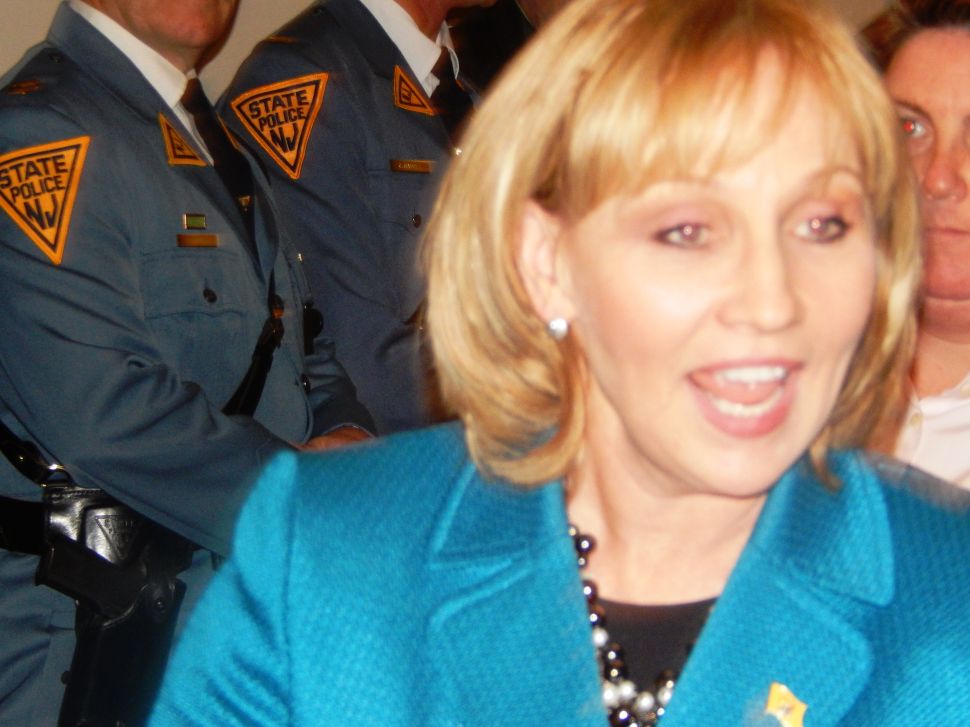