Abandoned fishing nets, waste from production and the fluff of carpeting are set to be used in forthcoming collections from Gucci. This isn’t just another artistic expression from creative director Alessandro Michele, but rather an attempt for the brand to further its sustainable footprint.

Those aforementioned waste materials are used to in the creation of ECONYL, a nylon fabric created by Italian textile producer, Aquafil. The fabric is part of a closed loop production cycle: it’s woven entirely from found waste and is, in turn, 100 percent regenerable. According to the company, ECONYL can be created over and over again, without posing any threat to quality.

That might explain why Gucci, the purveyor of furry leather slides and a $28,000 off-the-rack dress, has decided to use ECONYL in the production of their men’s 2017 outerwear. According to Aquafil, they are the first luxury brand to utilize this fabric, which was created in 2011.

“Gucci is at the forefront of sustainable good practices, and the high quality of ECONYL is able to replace the traditional material in Gucci’s luxury fabrics without any compromise in quality,” said Giulio Bonazzi, the CEO of Aquafil. “Gucci would never accept something below its superior standards.” The flashy Italian label isn’t the first to use this new nylon; early adapters of the sustainable textile includes Levi Strauss Co., Speedo and Volcom. Pro surfer and ocean enthusiast Kelly Slater even used ECONYL in his debut range, Outerknown.

Gucci’s parent company, Kering, has a strong sustainability mission. They openly publish details on their goals for manufacturing greener goods, including “leather traceability and responsible gold sourcing to pollution, chemical use and carbon emissions.” The collections released by brands in the company’s portfolio are 99.8 percent PVC-free and by 2020, will be produced without the use of any hazardous materials.

This is hardly the first time Gucci has been acknowledged for going green. The brand notoriously swapped out PVC for polyurethane, a much less harmful material, in their iconic Dionysus bags in 2015 (though they were chided by Washington Post‘s Robin Givhan for keeping quiet about the change). In 2013, they worked with Livia Firth on a bag made entirely from leather sourced sustainably from the Amazon and in 2012 they released a range of shoes in biodegradable plastic. The list goes on, with eco-friendly totes, sunglasses and t-shirts being offered by the brand over the years.

While Gucci is still known for using fur, leather and other animal by-products in their designs (hello, this isn’t Stella McCartney we’re talking about), at least the fashion giant is setting an honorable, and green, example for the rest of the design world. 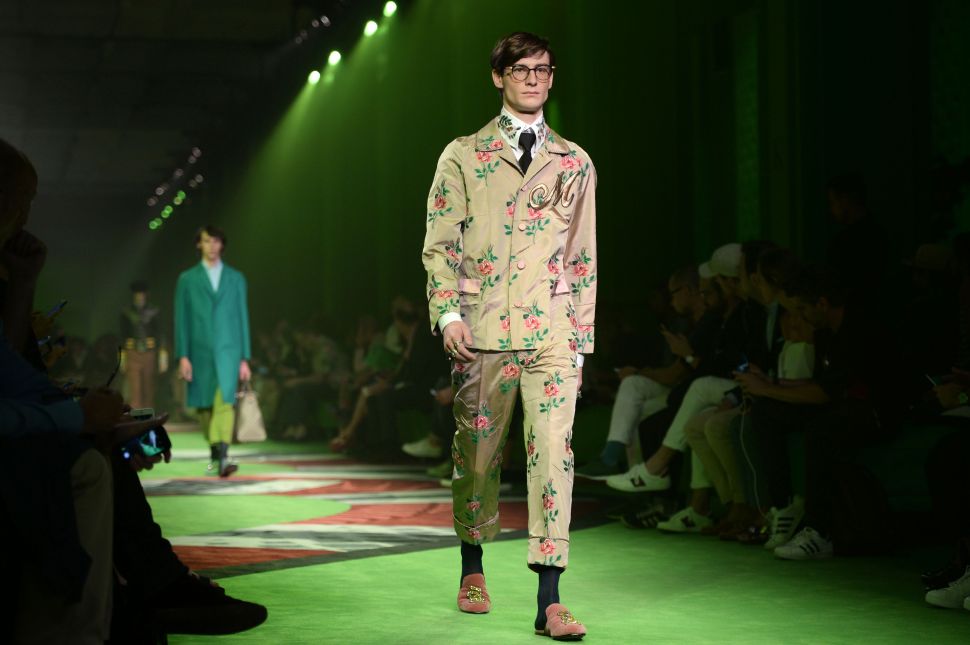