What makes any one work of art more valuable than another? The renown of the artist? Its importance in the history of art? What critics decide? Those might normally be the right answers. But in the realm of sporting and sports art, it is getting the details right and having a signature. (Not the signature of the artist so much as that of the star if the artwork is a picture of a specific athlete. More on that later.)

Sporting art consists of paintings and sculptures of hunting and fishing, golf, horse racing and riding, sailing and the various wildlife one encounters where hunters, riders and boatsman go. “Country gentlemen pastimes,” said Greg Ladd, founder of Cross Gate Gallery in Lexington, Kentucky, which is holding a sporting art auction of mostly horse-racing paintings on November 21 on the grounds of the Keeneland Sales Pavillion. The 175-lot sale includes Irish painter Sir William Orpen’s (1878-1931) undated oil painting of a thoroughbred Sergeant Murphy & Things (estimate $350-450,000), several acrylics by Leroy Neiman including the 1977 triple crown winner Seattle Slew (estimate $90-120,000) and Andy Warhol’s polymer and silkscreen paint on canvas portrait of jockey Willie Shoemaker, 1978 (estimate “in excess of $500,000”). Other sports that are represented in the sale are yacht-racing, bull fighting, fox hunting and even American painter George Ford Morris’ (1873-1960) oil on board image of a Fighting Cock (estimate $4-6,000). “A lot of people used to view cockfighting as a sport,” Ladd said. “It’s outlawed today.”

Sporting art is distinct from sports art, with which more people probably are familiar. The latter tends to consist of poster images of noted current or past athletes, often in collaged images that include a portrait of the player surrounded by notable moments from his career. And it is largely male athletes, although some sports art does feature women, such as those who play beach volleyball in the Olympics, according to Jack Scharr, president of Fine Art Limited in Chesterfield, Miss., which publishes print editions commemorating sports stars. That figures— most of the buyers are men.

“Some sports fans create ‘man caves’ in their basements, and that’s where they hang these posters, or in their offices,” Scharr said. “Occasionally, someone wants to hang something in the living room, but his wife objects.”

The audience for sporting art also tends to be men, although somewhat older men, who frequently put the hunting and fishing paintings they buy in their offices or cabins, said Leah Tharpe, fine art specialist at Copley Fine Art Auctions in Hingham, Mass., which features artwork that “has a gun or fishing rod in it.” However, she noted an up-and-coming area of buyers are people with new wealth, such as those who work in the tech industries in California and pursue hiking in their spare time or are active in conservation.

Sporting art prices have been rising over the past decade. Internationally, China has become a new and growing market for sporting art, especially 18th and 19th century horse-racing paintings, said John Hastie, senior director of 19th century art at Christie’s in London. “We’re finding our feet there, but China—and, not just China but throughout Asia—is showing a lot of enthusiasm for sporting art,” he said.

Back in late 2014, Christie’s brought to Shanghai and Hong Kong a cross-departmental private sales exhibition, “The Art of the Horse,” consisting of 50 paintings. “It was very popular and convinced us of the strength of the market there.” Still, the greatest number of his buyers continue to be Brits, many of whom sail (yachting paintings), hunt (“working dog” paintings) and own thoroughbred race horses. A 1765 painting of a horse, stable boy and jockey by George Stubbs (1724-1806) Gimcrack on Newmarket Heath set a record for the artist in 2011, earning £22.4 million ($27.4 million). A more recent work in this realm, Sir Alfred James Munnings’ (1878-1959) undated oil on board Her Majesty the Queen: Study for HM the Queen and Aureole brought £181,250 ($296,344) last July at Christie’s London, more than doubling the pre-sale estimate. “The majority of sales in our sporting art category are from the 19th century, because it was such a prolific period,” he said, “but a number of 20th and even 21st century artists also are popular.”

If sports art represents glory or nostalgia, sporting art reflects the lifestyle of those who purchase the artworks. The Cross Gate Gallery auction takes place directly after a yearling sale at the same location, and some of the expected bidders and buyers may also take home an actual horse. “We try to educate the buyers about the artists,” Ladd said. But that kind of talk only goes so far.

At times, there is a crossover of art and sport enthusiasts. The Willie Shoemaker portrait was part of a series, as “Warhol was commissioned to paint the portraits of” 10 athletes by an art collector, Richard Weisman, “who was also an avid sports fan,” Neil Printz, editor of the Andy Warhol catalogue raisonné, said. The other athletes include Muhammad Ali, O.J. Simpson, Dorothy Hamill, Kareem Abdul-Jabbar, Jack Nicklaus, Rod Gilbert, Chris Ever, Tom Seaver and Pelé. The artist based his painting of Shoemaker on photographs he took of the jockey at the Beverly Hills Hotel in 1977.

More often, the art and sporting worlds diverge. The contemporary artists who produce unique paintings and sculptures for this market are often aware that their aesthetic choices are less important to buyers than the sense that their world has been affirmed in the artwork image. “I am very much a landscape artist,” said Andre Pater, a painter in Lexington several of whose works are included in the Cross Gate Gallery auction, “and my paintings are a landscape with a horse in it. I mean, the horse cannot exist without the landscape.”

Similarly, Linda Hartough of Hilton Head, South Carolina, perhaps the preeminent painter of golf courses in the world, claimed that “my paintings are landscapes and there happens to be a golf course in it.” Artistry is on her mind when she is at work— “I try to capture how the light hits the tops of the trees and all the colors that I see” —but, for many if not most of her buyers, “they just want a memento.” Golfers, she added, “aren’t art people. They’re usually club members who want to buy something for their club.”

Her collectors, however, are well-off, able to spend between $67,000 and $95,000 for a painting of a particular scene at a golf course. The 11th, 12th and 13th holes (known as “Amen Corner”) at the Augusta National Golf Club in Georgia are the most scenic ones there, and she has sold more paintings of these locations than of anywhere else. “The holes are laid our strategically, the trees and flowers are beautiful, the grass is neon green. It’s like Disneyland,” she said.

Hartough doesn’t actually play golf (“I’m an avid watcher”), and Pater isn’t much for riding, but Millbrook, N.Y.-based painter Peter Corbin “grew up hunting and fishing,” and he views his paintings of these activities as “a landscape painting with something happening.” Corbin often is commissioned to paint some area where a patron himself hunts or fishes, and he travels with that person, spending between one and 10 days there partaking of the sport. “They want to see you hunt and fish, to see that you really understand what they understand,” he said. “My father told me, ‘If you paint wealthy people at play, you won’t starve,’” and his oil paintings cost $25,000-35,000, not including the cost of his travel and accommodations while visiting a client.

In many cases, the artists in this realm did not intend to focus on sporting events—in fact, quite a few earned degrees in illustration in art school—but usually did one piece for someone and then were asked again and again by others to do more. Charles Fazzino, for instance, who earned a Bachelor of Fine Arts in illustration, said that he “couldn’t find any jobs” after he graduated in 1977 from the School of Visual Arts and so pursued fine art, creating three-dimensional pop-up images in a Pop Art style of New York City, “such as Broadway and the Lower East Side.”

“A collector of my work asked if I did anything about the Yankees,” he told the Observer. “I did something, and someone else saw it and asked me to do one for him. They became wildly popular. Soon after, I called up Major League Baseball in order to license images of Yankee Stadium.”

In time, he became the official artist of Major League Baseball’s All-Star Game, as well as the artist-in-residence of the National Football League Super Bowl. Still wildly popular, Fazzino currently has 50 employees working in two adjacent buildings in New Rochelle, cutting and gluing together his decoupage sport and cityscape artworks that sell for between $8,000 and $90,000, depending upon size and complexity.

If the Amen Corner is Linda Hartough’s specialty, former Yankee’s shortstop Derek Jeter is James Fiorentino’s, of whom the Flemington, N.J.-based artist has made between 30 and 40 separate painting portraits—“it’s hard to keep count.”

It is at this point that we get into the business of sports art, because what excites buyers most is not the artistry of James Fiorentino but the portrayed artist’s signature on the artwork. “Jeter’s signature is more valuable than mine.” A single Derek Jeter signature may cost $1,000, assuming that he approves of the image, Fiorentino said. Noted athletes are more favorably inclined to sign original artworks or poster reproductions when the artist has done something for the sports star. “Players ask me to donate artworks for their charities, which I’ve done,” Fiorentino said. “It helps when I want their signature on the next picture.”

Those signatures do gain in value at times. Jack Scharr noted that, before Muhammad Ali died earlier this year, his signature was worth $150-200, but since his death the price has doubled.

It isn’t just the athlete who gets paid if his image is on an editioned print or poster, however. Jeter’s agent receives a royalty as do Major League Baseball and the New York Yankees if the former ballplayer is depicted in the familiar pinstripes. Scharr stated that up-front costs can be quite high, requiring publishers to print in large numbers in the hope of meeting sales targets.

“There was one image we were planning to do of Stan Musial and Albert Pujols” —two well-loved baseball players of different eras who were members of the St. Louis Cardinals— “but the up-front costs were more than $250,000,” he said. That included payments to Major League Baseball, the Major League Players Association (since Pujols is still an active ballplayer), Stan Musial (who was still alive at the time) and to the artist, as well as the costs of printing and marketing the prints. “We just couldn’t do it.” 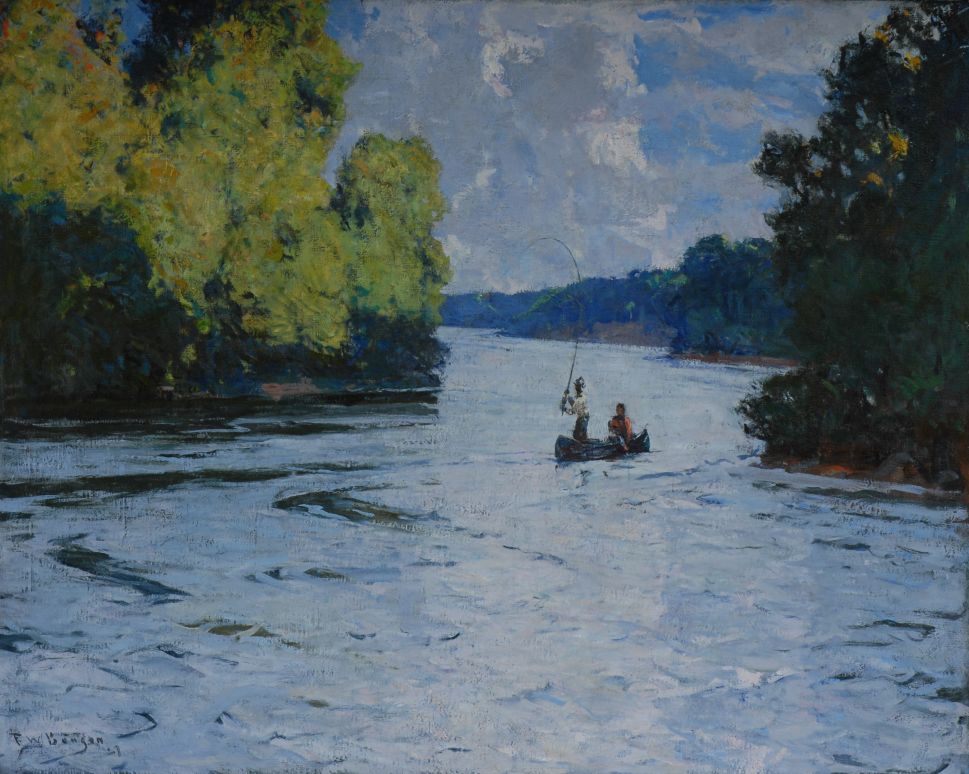