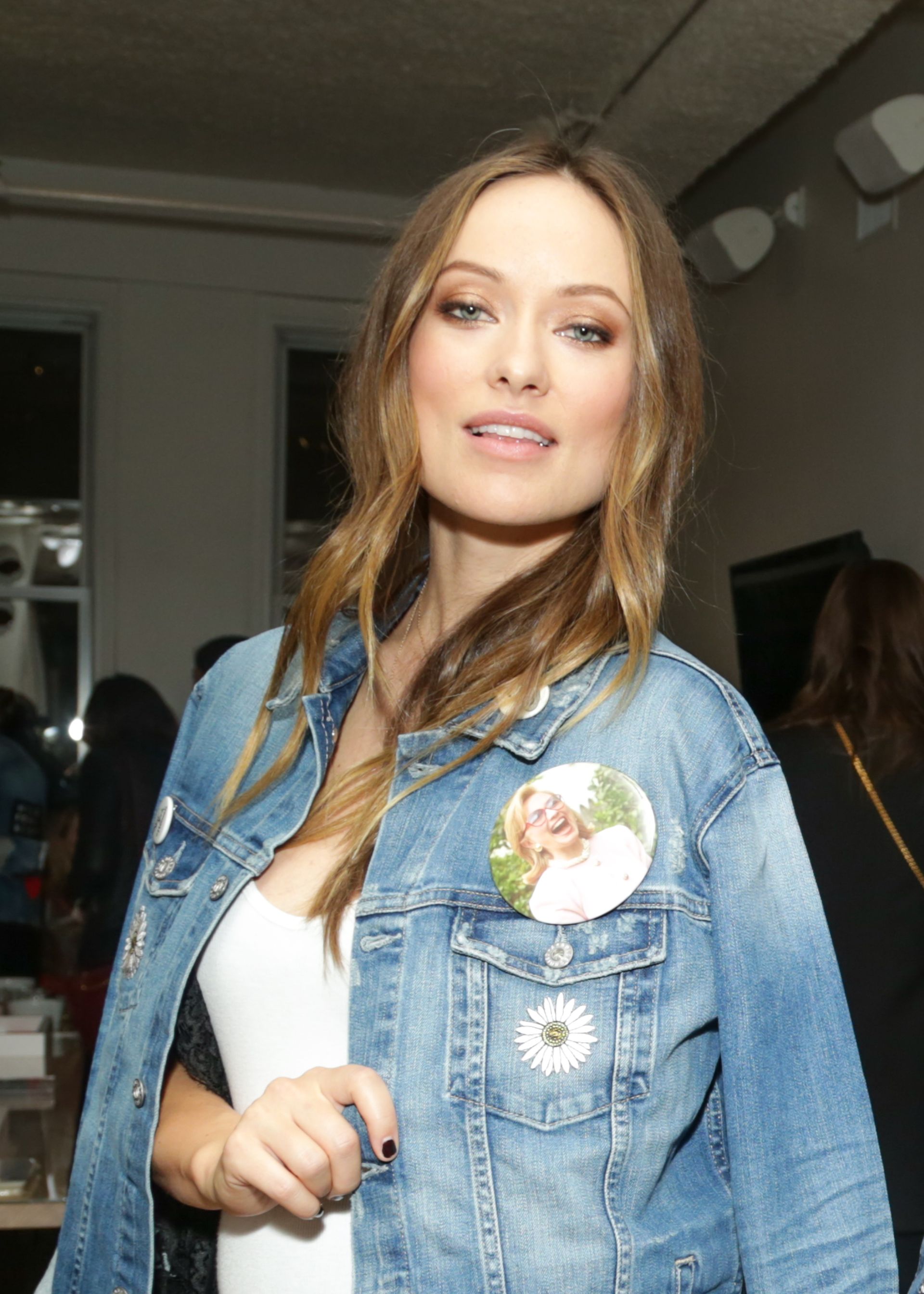 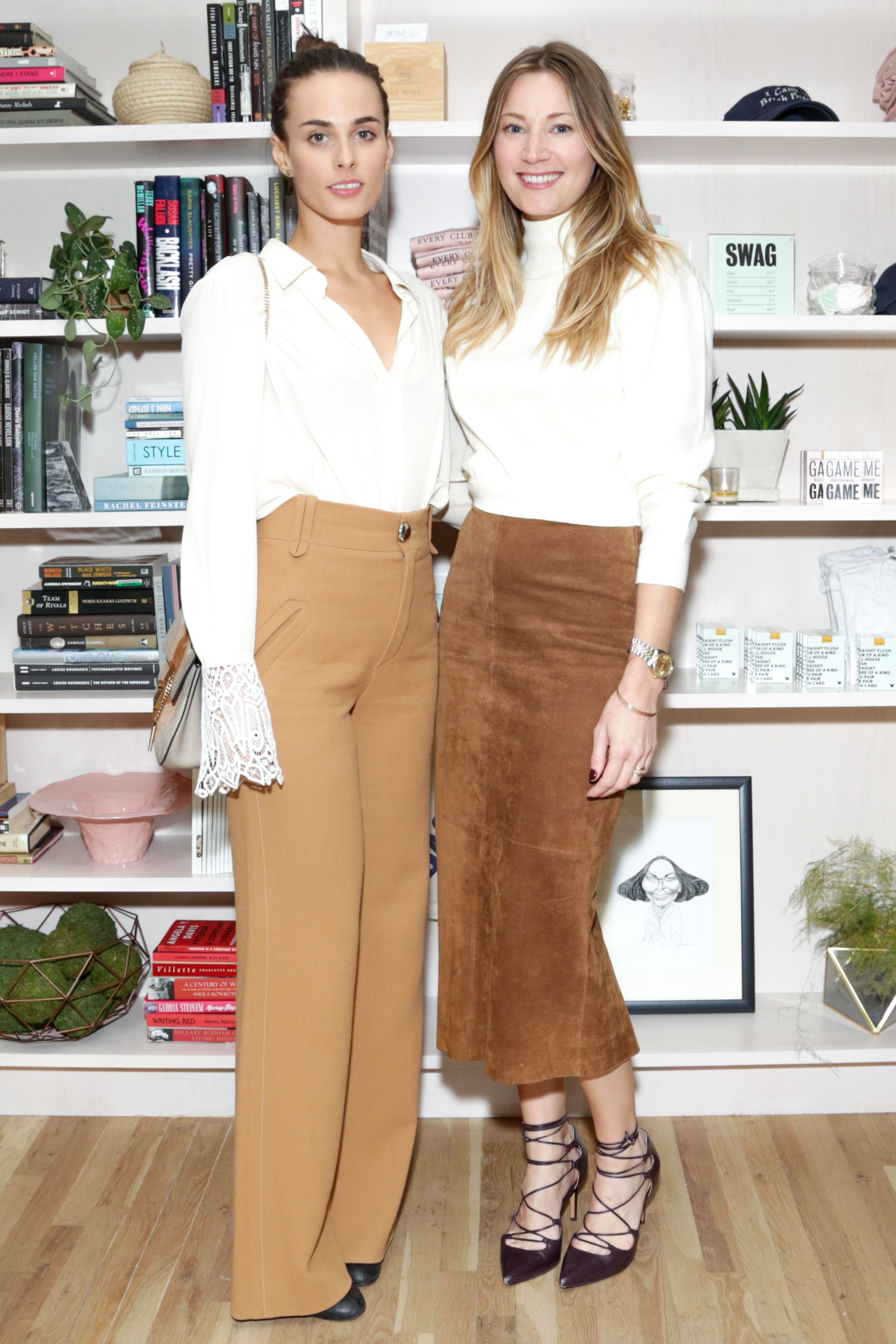 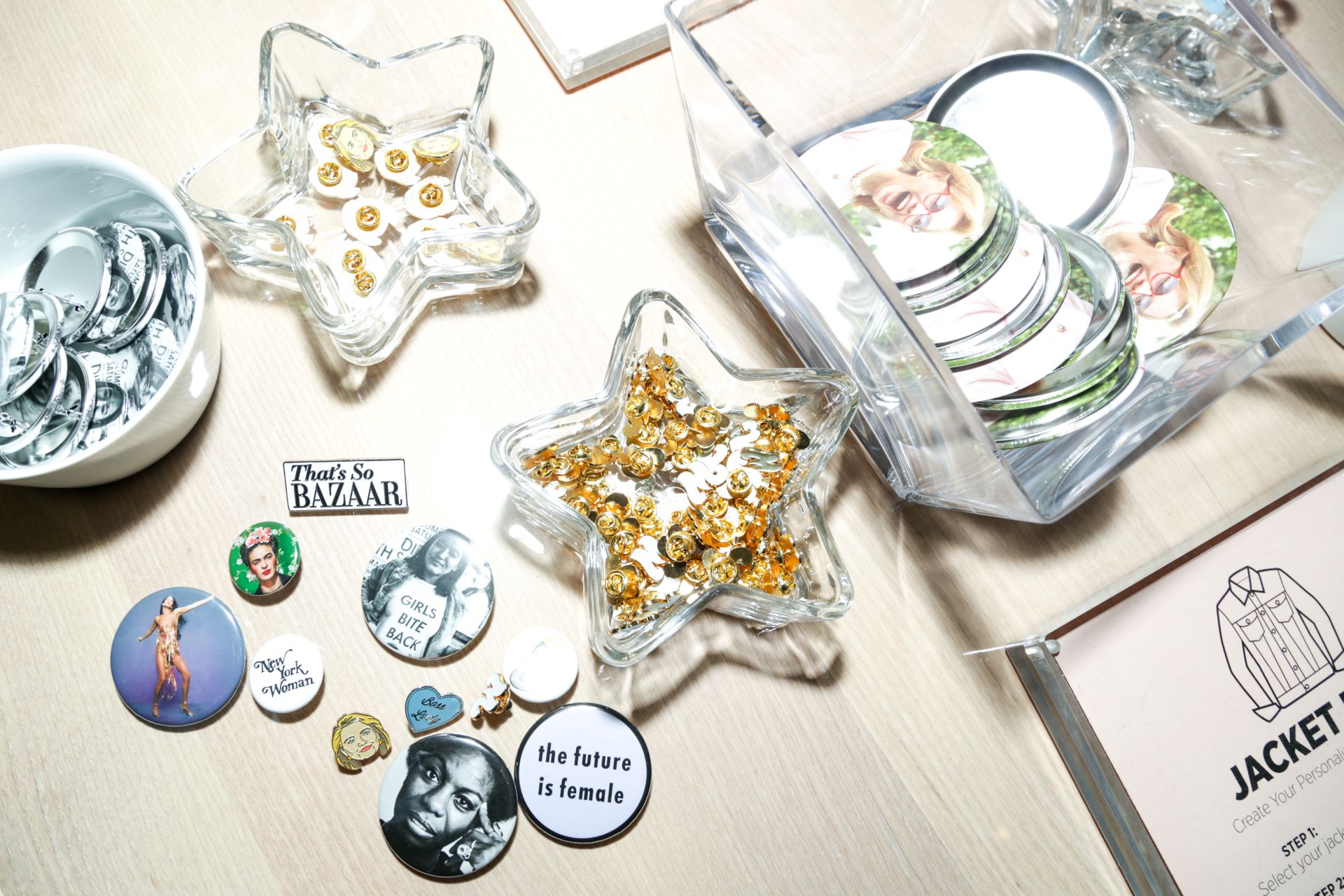 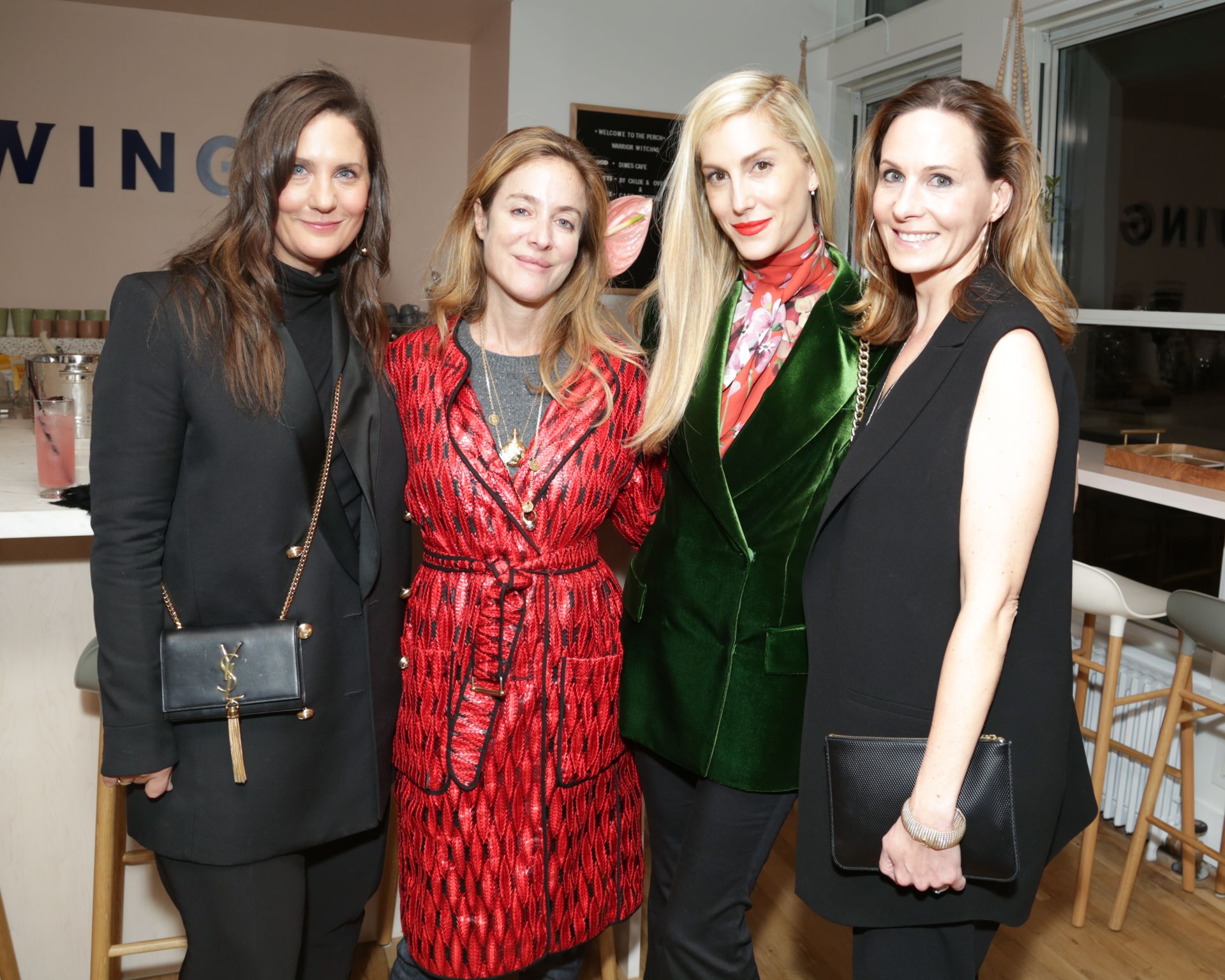 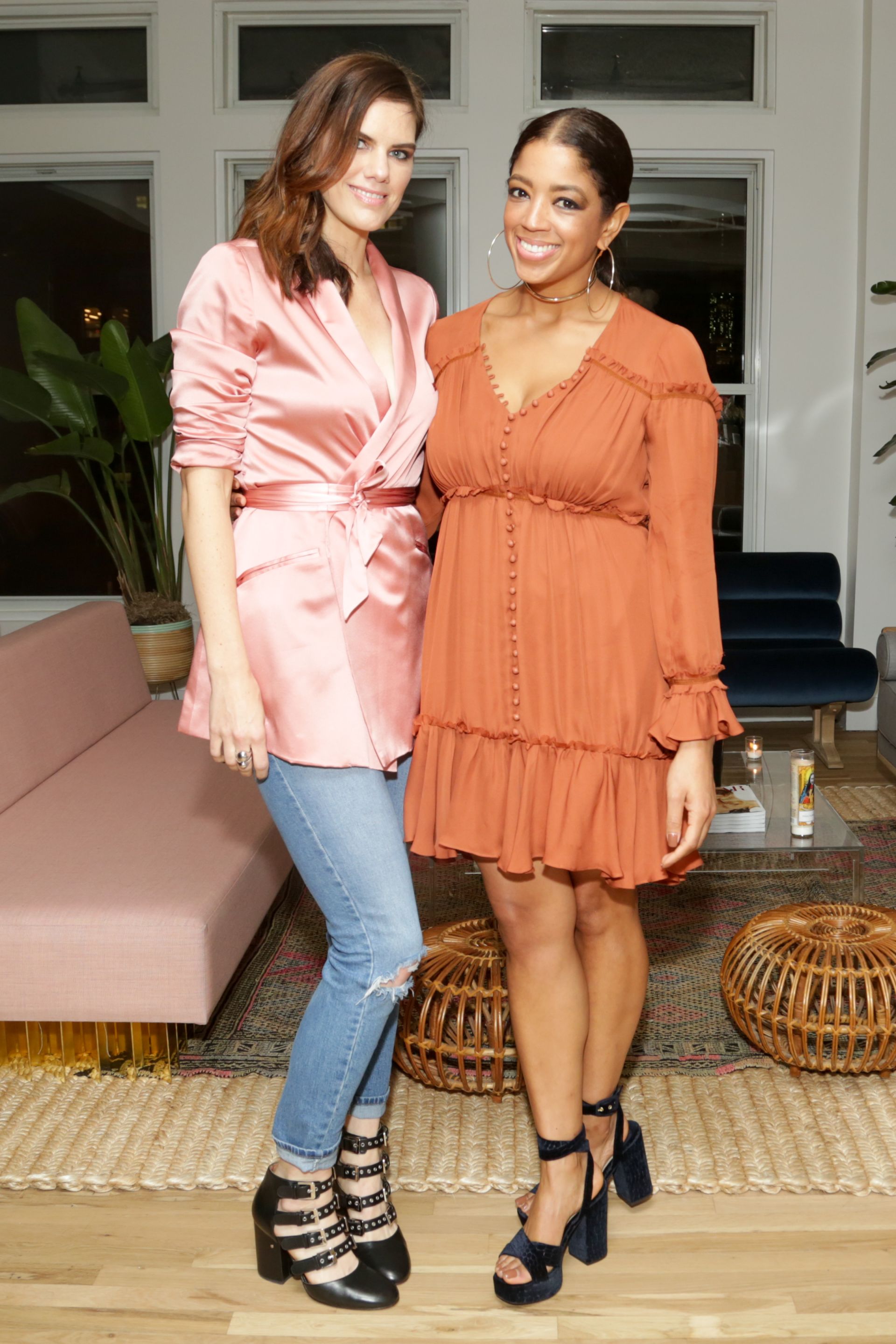 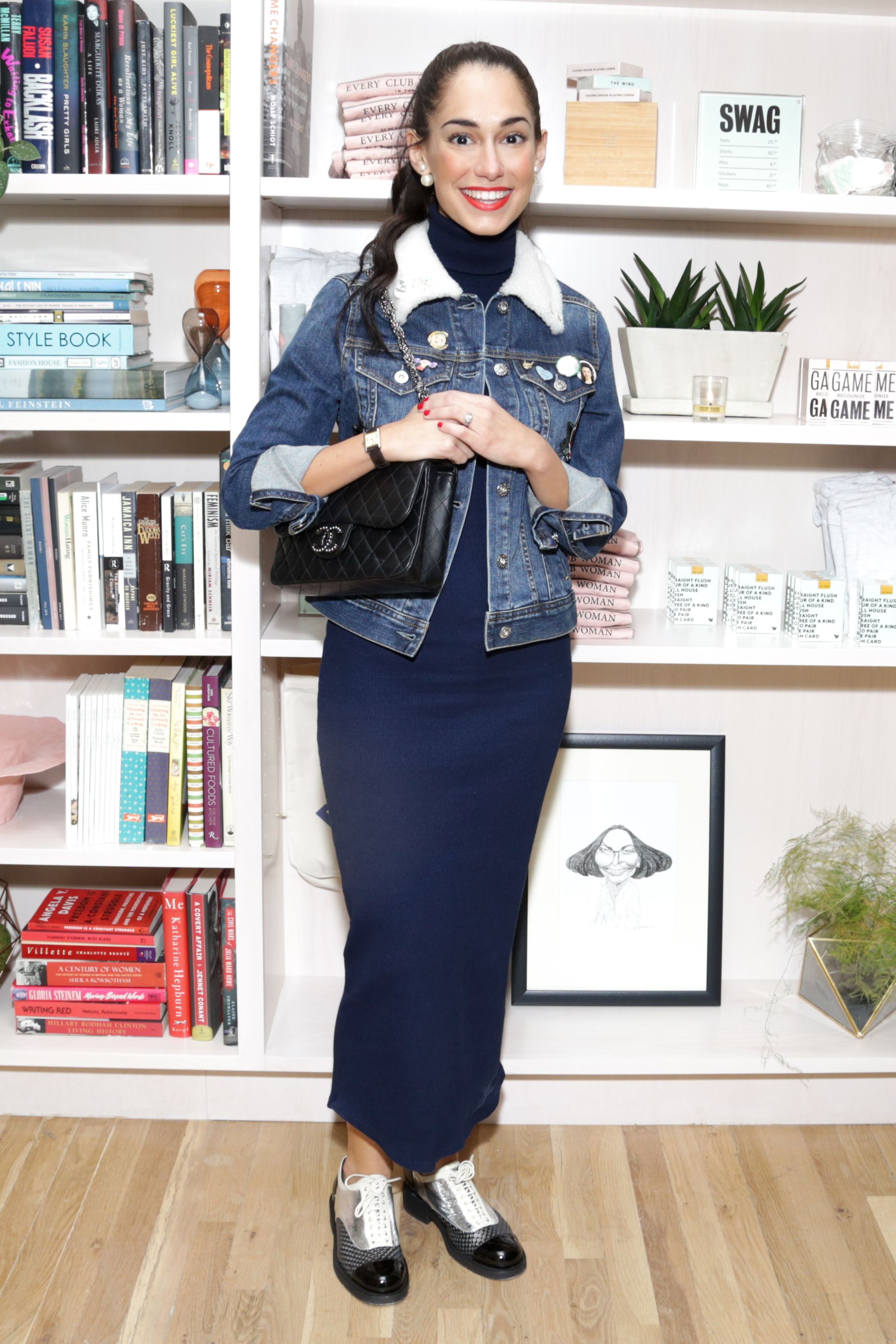 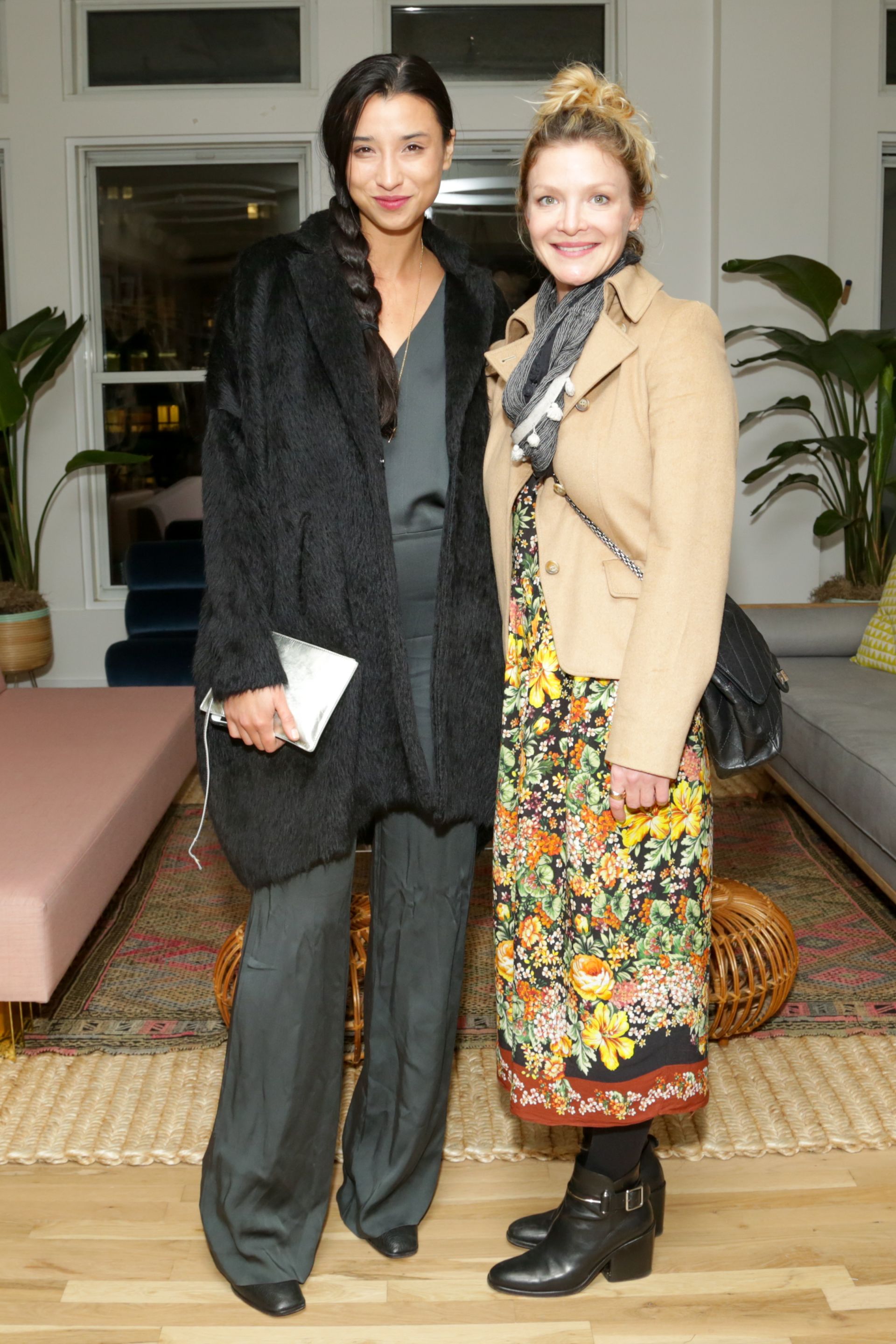 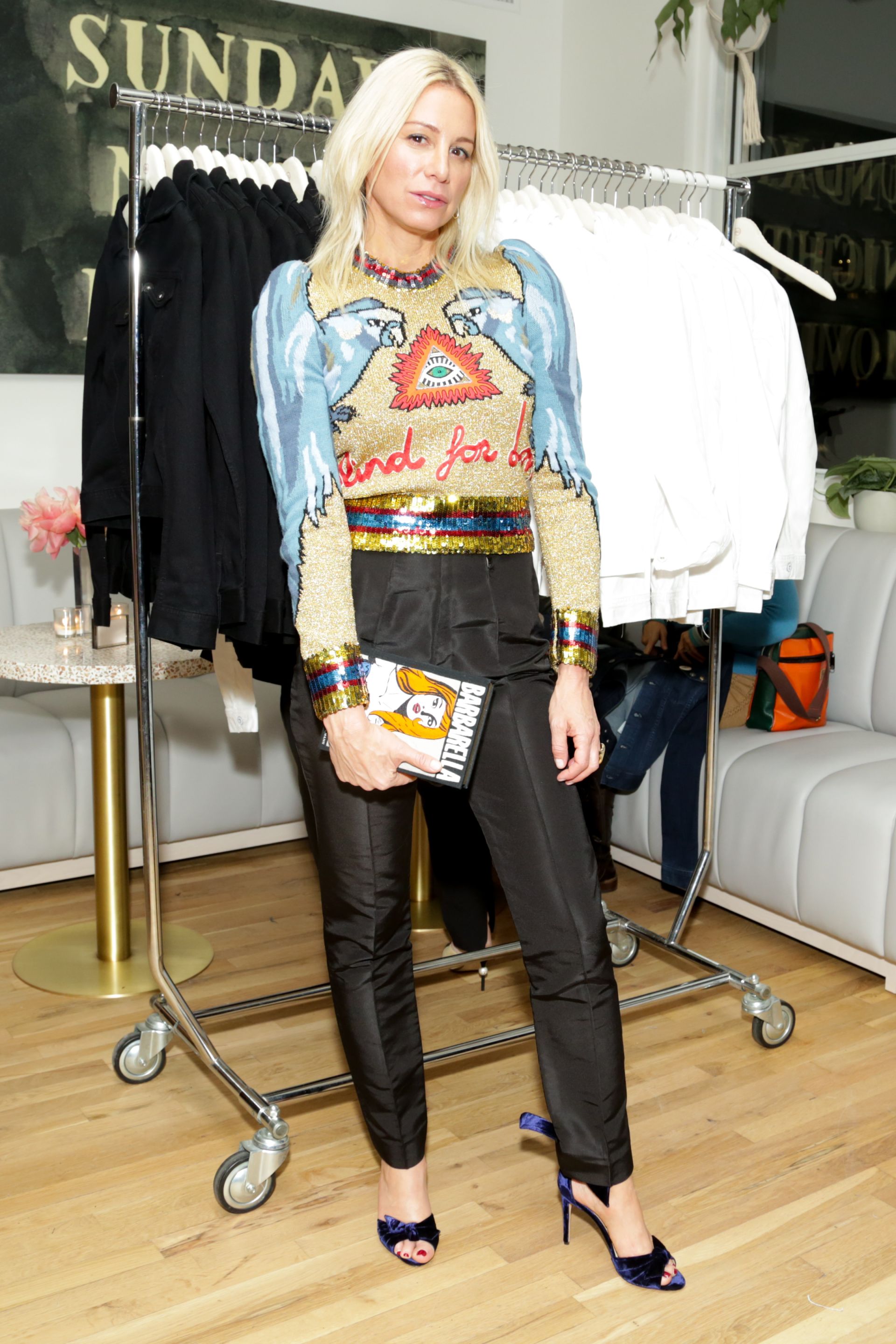 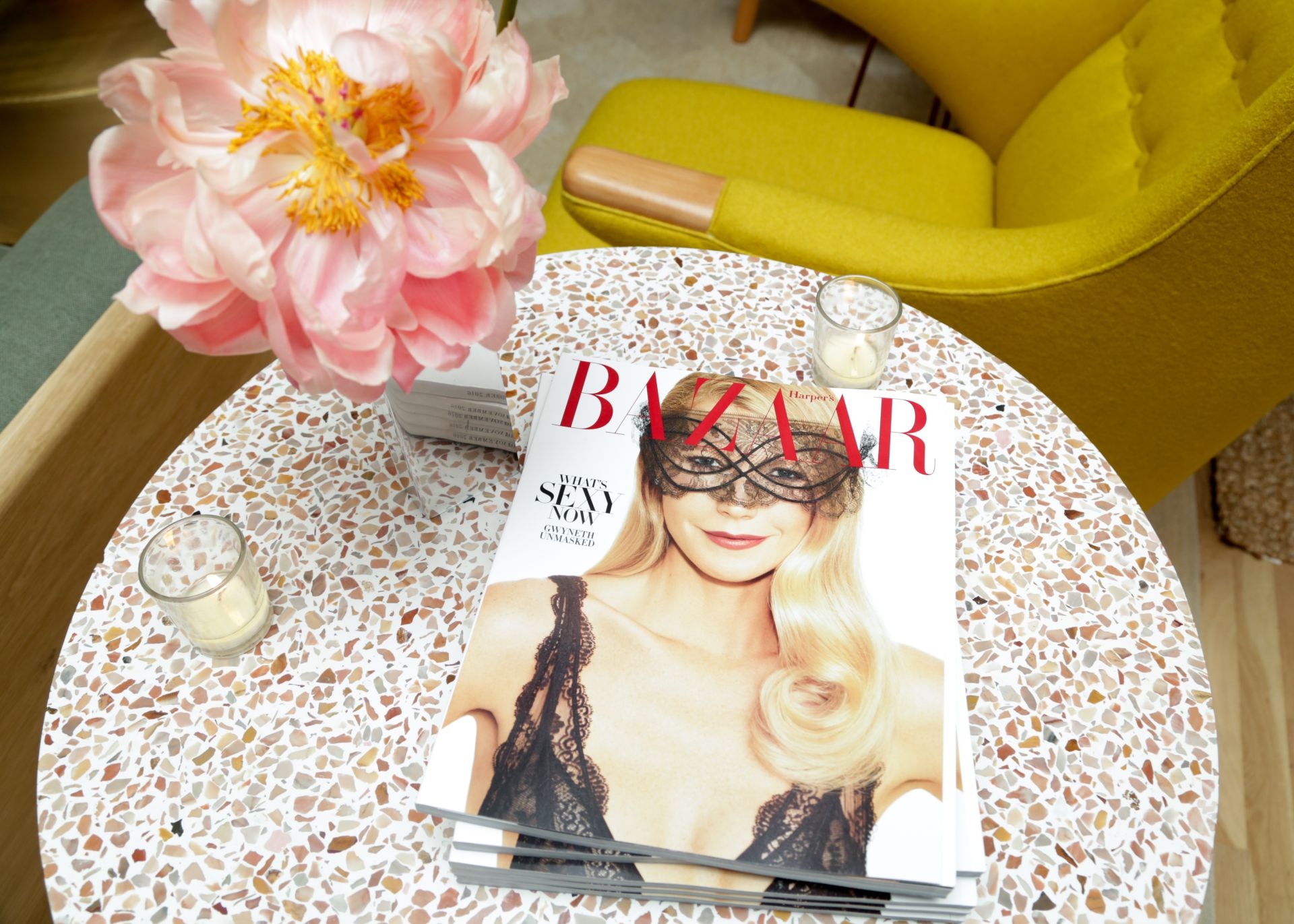 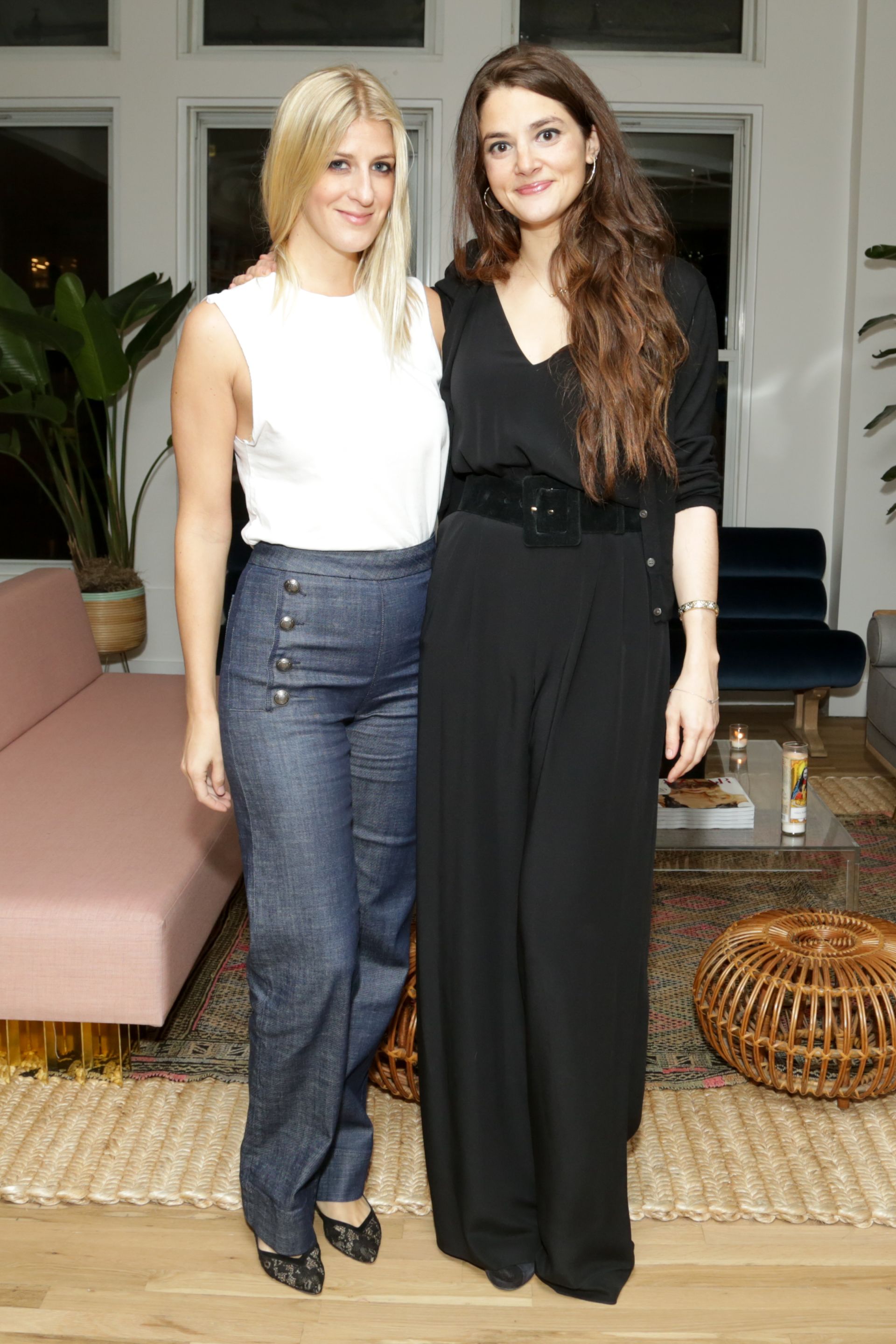 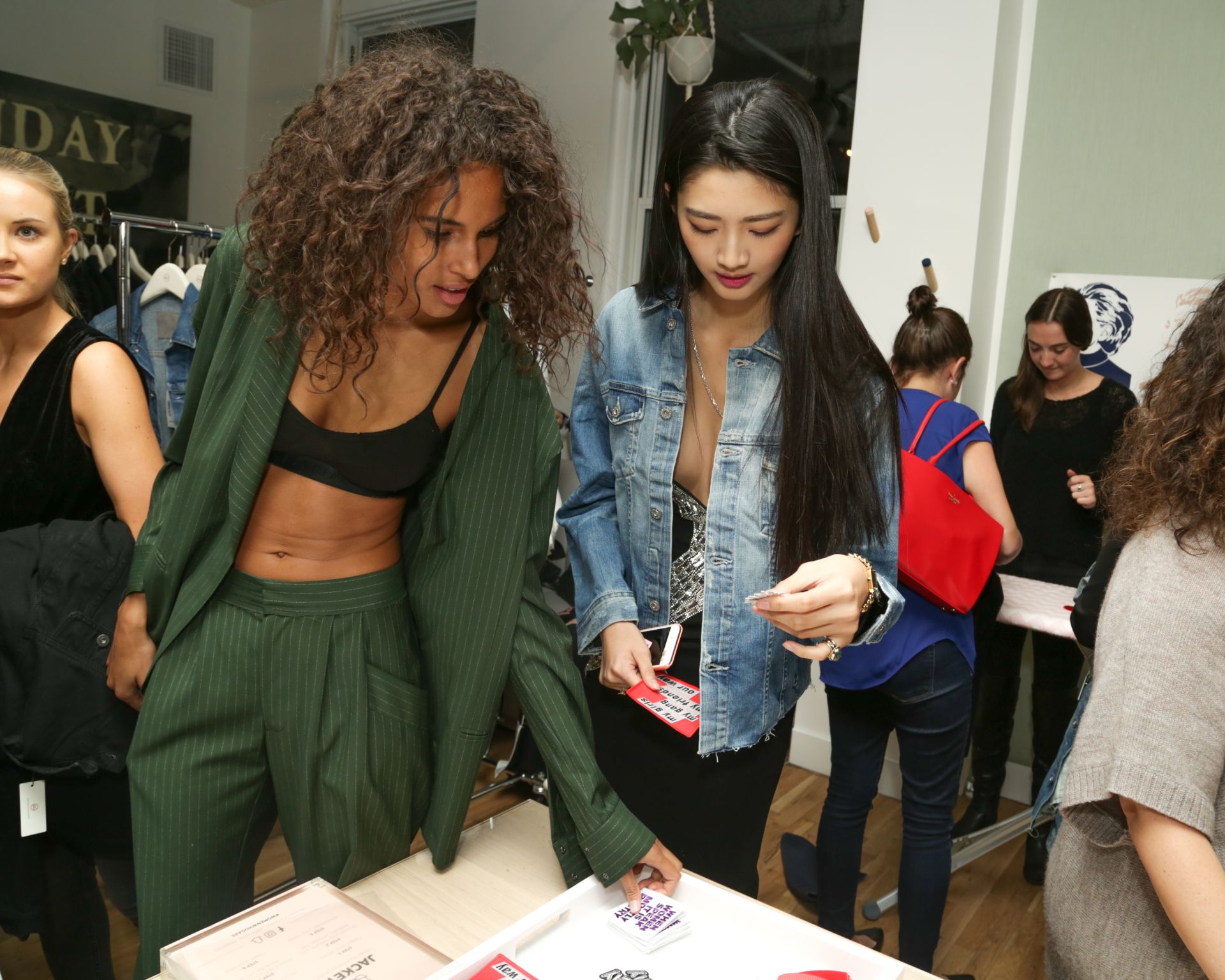 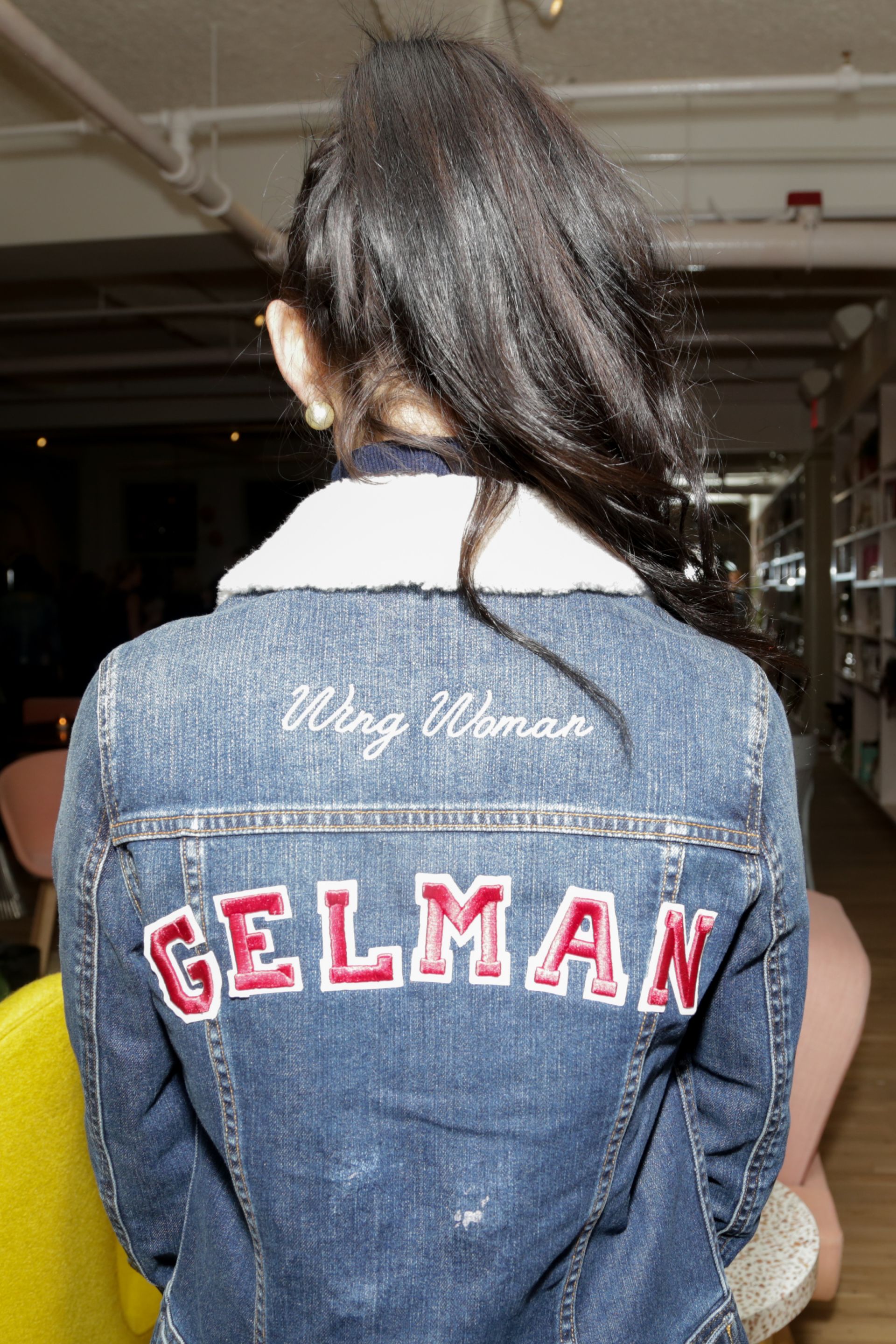 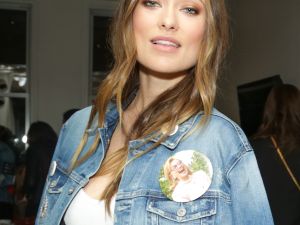 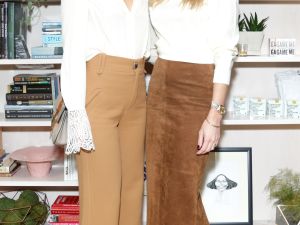 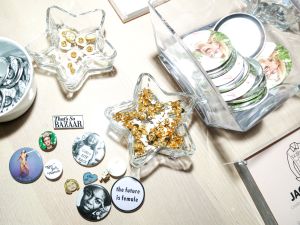 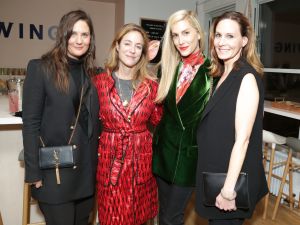 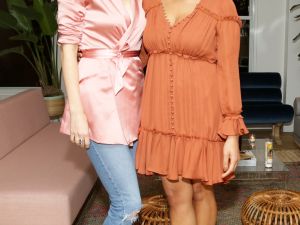 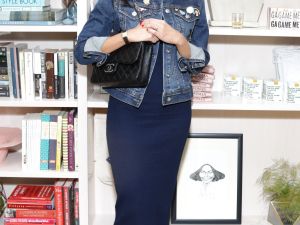 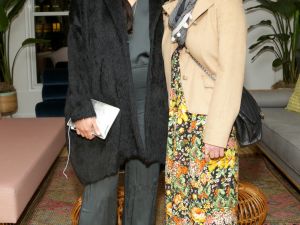 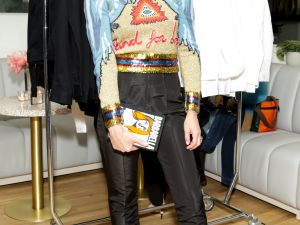 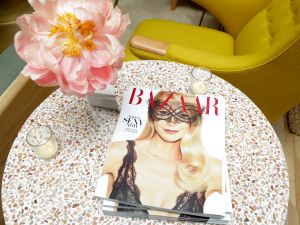 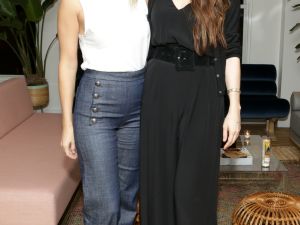 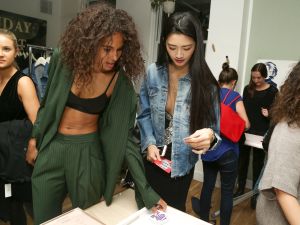 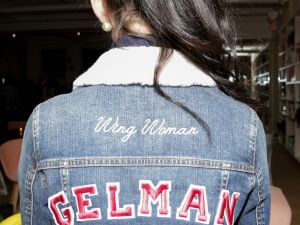 Last night, Harper’s Bazaar threw a party to celebrate their November issue at the new women’s club, The Wing and to be frank, it was the perfect girl’s night out. In a room filled entirely with females, it kind of felt like a grown up’s version of a sleepover.

Of course there were pretty pink cocktails and glasses of white wine–plus little cakes topped with Pop Rocks–but the main attraction of the evening was decorating AG jean jackets. Similar to a tie dye party, guests such as Olivia Wilde, Aurelie Bidermann, Jennifer Fisher, Erin Walsh Meredith Koop and Cindy Bruna selected patches and pins to decorate their denim. Some spelled out their last names, like The Wing’s co-founder Audrey Gelman, who also had “Wing Woman” embroidered onto her coat, while other’s opted for nicknames (Wilde’s jacket had “Daisy” on it). And of course a few Instagram handles were spelled out.

Most of the jacket accoutrements had undertones of female empowerment, like an iron-on patch that read “Girl Gang” and a pin that said “Yas Kween.” Hillary Clinton was also a major theme of the decorations, with her likeness recreated on a handful of enamel pins and “I’m With Her” embroidered on a patch. Even the ladies who were helping with the decorating happened to be inspiring; one woman was impressively embroidering names and nicknames onto the jackets using just a sewing machine.

That feeling of female empowerment could be felt around the room, as attendees fawned over other’s coats designs, complimenting their handiwork and using it as inspiration for their own creations. At a time when we could all use a little more female-centric encouragement, this particular fête was perfectly timed. In fact, it might best be described as the chicest feminist gathering of the year and guests have the pins to prove it.