I was scrolling through pictures from an incredible writers’ conference I attended last week. As I went through them, I had a happy, light feeling in my heart. This was one of those events that feel like they’re changing something in your life, and I enjoyed seeing the faces of new friends.

And then I came across this one.

That’s me. I had an experience, seeing this photograph that I haven’t had in a while.

I’m willing to bet you know the one.

In every other photograph, I saw whole people. I had zero negative reaction.

But this one? I saw saggy boobs and a belly roll. I saw weird hair that isn’t used to Nashville humidity. I saw a funky chicken neck that hasn’t quite gotten used to being less full.

It took a while for that all to come together until I was looking at a candid picture that was just me. Just a middle-aged lady with a genuine smile on her face. And then I realized that it’s probably time for me to talk about this.

Let’s start with how I got fat.

The people I love, the people I share my DNA with — most of them turned to alcohol to manage things like anxiety and depression and the thousand, thousand things that everyone, everyone has to deal with.

I got drunk on chocolate chip cookies and grilled bratwurst.

Here’s how I got fat.

I managed the hard years, when my dad was in prison, when I was left alone with a gaggle of brothers and a step-mother who hated me, when my kids were babies and so was I, when my husband left me alone to raise them while he found another love of his life, I managed those years with food.

I ate because sometimes nothing else felt good, and I desperately needed to feel something good.

I ate because I was lonely and scared and exhausted.

I ate because I had a three-year-old who was still ten years away from being diagnosed with autism and he only slept three hours a night. Ever.

I ate because for ten years I never once paid all of my bills every month.

I ate and I survived.

And I got fat.

So fat that it hurt to move. So fat that I had to wear a machine to keep breathing in my sleep. So fat I built a huge gap between the things I wanted to do and the things I was capable of. A gap so wide that I couldn’t see a way to bridge it.

So fat that I started to hate myself.

I can’t try to stop-up loneliness and shyness and frustration with tacos and Cherry Garcia any more. There isn’t room.

I used to lay awake at night with a belly full of whatever had made me feel better and think about using a knife to carve off my round belly. I used to avoid looking at myself in the mirror because all I saw was an immense body, less human than Macy’s Thanksgiving Day Parade float. Expandable. Expendable. Unloveable. Taking up so much space. Too much space.

There were whole decades when I would have emailed Sionnie, who took the above picture of me, and begged her to take it down.

I got to a point where I was so sick, I couldn’t function. A 100 Day Experiment changed my life. I set a simple goal (eat enough, instead of an insane cycle of starving and binge eating, and exercising for 10 minutes a day) and stuck with it until I felt better.

And then one day, when I caught my reflection, I made myself keep looking.

It wasn’t a mirror, that day. Or a candid photograph.

It was my reflection in a glass door in the freezer section of the grocery store. It was while I was reaching for Cherry Garcia. I caught a glimpse of myself and, for some reason, I didn’t let myself turn away.

I looked until I could be as kind to myself as I would be to any other human being on the planet.

That was the first day.

The first day that I understood that the way I talked about myself didn’t stay inside of me. That self-hatred wasn’t only about me. My daughters heard. Other women heard. Women I didn’t know, that I didn’t even notice, heard.

I was still fat. I stayed fat for a long time after that day in the freezer aisle with the Cherry Garcia and my reflection in the glass door.

I was still fat, but I stopped hating myself.

Not over night. It took some time. A lot of time, actually. But it worked.

I kept looking at myself. I stopped talking about how much I hated my squishy belly. I worked hard to heal my relationship with food and with my body.

And then one day, I realized that it would be okay if I was less fat.

That it would be okay to do something that would make it easier for me to move and to breathe. I wasn’t betraying myself or this new found non-hatred if I did something to start to build a bridge across that gap.

I could love myself and appreciate my body and still do something that would take away the physical pain that came with weighing 368 pounds.

I wasn’t required to live forever with the physical consequences of what I did to survive those mean years.

So I paid a doctor to remove eighty percent of my stomach.

A year later, I can breathe when I sleep again. I can move again. I don’t hurt anymore.

And I still have to make myself look until I normalize in my own eyes. Until I’m just me again. Until I can be as kind to myself as I would be to any other human being. Until I don’t want to cut away parts of myself anymore.

I can’t manage the bad things with food anymore, so I have to feel them and move through them and face them. I can’t try to stop-up loneliness and shyness and frustration with tacos and Cherry Garcia any more. There isn’t room. And I don’t want to, anyway.

I eat Cherry Garcia because it feels perfect on my tongue. A spoonful now, or two, not a pint. Or two. I eat normal, normally, non-disordered. And it is wonderful.

I do not eat like its my drug anymore. I don’t eat to hide or numb or in a blind panic of someday going back to a place where I have to try to feed five brothers and a sister and me with four frozen burritos and a can of chicken noodle soup.

It was a long time coming, but it was worth the ride, this road to knowing how to respond when I flinch at my own reflection, this trip toward love and peace and self-acceptance and trust that really didn’t have a whole lot to do with being some less fat after all.

Shaunta Grimes is a writer and teacher. She lives in Reno with her husband, three superstar kids, and a yellow rescue dog named Maybelline Scout. She’s on Twitter @shauntagrimes, is the author of Viral Nation and Rebel Nation, and is the original Ninja Writer. 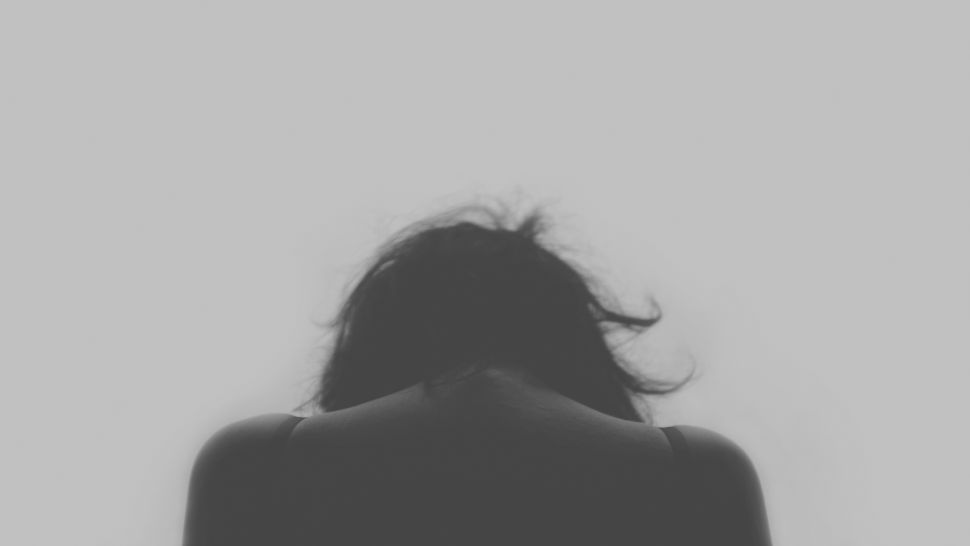