If Virtual Reality seems like it’s been slow to pick up, that might just be because most of us have a terrible ability to see the huge change a new technology will have on the world.

It’s human nature to be a bedroom critic.

When the Wright brothers conducted the first flight ever in 1903, the press and most of the public, reacted with a shrug of their shoulders. It would be 5 years until the public reacted to the fact that lowly earth-bound humans were now actually able to fly.

And back in the 80s, The New York Times never believed we’d never want to use laptops (let alone be always connected to a computer).

“People don’t want to lug a computer with them to the beach or on a train to while away hours they would rather spend reading the sports or business section of the newspaper. Somehow, the microcomputer industry has assumed that everyone would love to have a keyboard grafted on as an extension of their fingers.” —Erik Sandberg-Diment

The point is that new platforms and technologies never catch on easily. Humans are adverse to change. Our lazy brains want what’s easiest, and in most cases that’s what we already know.

In the case of VR and especially virtual reality for business, we’re sitting almost squarely at stage 5, which is the tipping point.

For the most part VR has only really invaded the world of games, where users are familiar with being disassociated with the point of view in a more omniscient way.

However, as the technology becomes more prevalent and accepted, which is happening as we speak with consumer headsets hitting a price point that most people can afford, there is a real opportunity for those willing to dive head first before the world recognizes that they couldn’t imagine a life with only this reality.

So just where are the opportunities?

In the past year, virtual reality headsets finally hit the general public and expectations are that adoption will be widespread. But just where will the greatest opportunities lie? Unlike other platforms and mediums that lend themselves specifically to certain apps, content, or uses, VR is a truly revolutionary platform.

Director and VR advocate Chris Milk, calls VR ‘the last Medium’ as every other medium, from theatre to film to games to apps, can be reproduced and enhanced in a virtual environment.

But beyond just gaming and escapism. Top investors are looking for virtual reality startups focusing on making real change. Of taking the burgeoning platform from the early adopters and enthusiasts and creating the content that will bring the masses.

Adam Draper, CEO of Boost VC—a fund that’s already funded more than 30 virtual reality startups—believes we’re on the cusp of a virtual reality revolution. We just need to figure out what to do with it:

“We’ve gotten to this point where we have this tool that has a lot of opportunity and the next 2 years is all about figuring out what people do with it. What really adds values to their lives?”

Specifically, here’s where Adam sees the most opportunity for VR to create real value:

If content is king on any platform then for VR to succeed, we need tools to make content easier to make. Right now it’s just game engines like Unity and Unreal, which means you need to be both a developer and artist to create virtual environments.

In VR this means tools that can help in different ways of capturing, as well as creating content. That means advancements in things like:

In his post 5 Ways that Travel Will be Disrupted by VR, Adam breaks down how despite critics objections, there are huge opportunities for VR and tourism to work together.

If e-commerce pulled the trigger on traditional shopping, VR is potentially the nail in the coffin at the funeral.

Why go and experience a shop when you can get the full experience and more at home? Adam believes that once we have the opportunity to virtually browse stores there won’t be any need for physical locations.

Of all the industries poised for disruption by virtual reality, education seems the most likely and powerful. VR experiences can teach us practical skills, immersing us not just in a lesson but in the task itself.

Want to learn how to fix your toilet? Head into a VR plumbing tutorial with your exact model and see how it’s done.

Want to learn photography? Load a VR experience with your camera model and practice scenes to learn perfect settings.

It won’t just be big opportunities

What’s most interesting about such a huge platform shift like VR is its potential to be a part of everything. It’s not just about the big experience.

“This has implications for the kinds of software that will succeed in VR. The risk is not that it’s boring, but that it’s too intense. For example, a popular video game like Call of Duty ported to VR would be frightening and disorienting for most people.”

“What will likely succeed instead are relatively simple experiences.”

“Go back in time and walk around ancient Rome; overcome your fear of heights by climbing skyscrapers; execute precision moves as you train to safely land planes; return to places you ‘3D photographed’ on your last vacation; have a picnic on a sunny afternoon with a long-lost friend; build trust with virtual work colleagues in a way that today you can only do in person.”

And originality will ultimately win

While so many experiences and virtual reality startups to date have focused on fitting existing content or ideas into a virtual space, it will be those who create original content, designed for virtual reality, that will stand out.

As Jon Goldman, venture partner at Greycroft Ventures and former founder, Chairman and CEO of Foundation 9 Entertainment explained during a recent panel:

“These early adopters picking up these platforms want fresh, original stuff. They’re much more exploratory than the more mature users that will hopefully come in the next several years.”

But this will take time, just like with any platform, as Chris Dixon explains:

But what’s getting in the way?

Of course, tackling any new tech early on means not only dealing with a number of issues, but discovering new ones all the time. There’s not always an advantage by being a first mover in a space.

Here’s some of the few things currently standing in the way of virtual reality in business really taking off:

HOW DO YOU PAY?

The last thing any VR creator wants is to recreate the same ad-focused business models of the internet in a virtual environment.

I can think of few things more annoying than a pop-up ad actually popping up into my face. Or a ‘subscribe now!’ screen actually blocking me from leaving a virtual room.

But payment in VR is still an issue that creators are facing and one that will need to be mastered in order for the platform to truly take off.

USERS NEED A GOOD REASON TO INVEST IN HARDWARE

For people to buy headsets, they need a pretty damn good reason. And currently, VR hardware is at the same stage as the smart phone around the time the iPhone came out. People will buy it not just for functionality, but for access to content.

“Historically, if you’re a content developer, there’s a double-edged sword at the beginning of a platform. There’s very little installed base, but if you do something really nice, you can get a high attach rate. You can get recognition in a way that’s hard when there’s a lot of users and a lot more content out there.” – Jon Goldman, Greycroft Ventures

There’s a huge opportunity for VR producers and designers to get recognition early on and make a mark. Everything that’s good now will be consumed by those using it.

Like any new technology, it’s going to be capital-intensive to build early on before the tools are available and the platform is widely adopted. However, there are people willing to pay for content and investors looking to get in the space. So if you can bring your idea to life, people will be interested.

Anyone who makes predictions is setting themselves up for some sort of failure, and there is always the chance that VR won’t take hold.

But with billions being pushed into the space by investors, and better technology becoming more accessible to the general public, it’s hard to imagine a future of virtual reality that isn’t bright.

Want to bring your virtual reality business to life? Get in touch and we’ll connect you with the talent you need to build your idea. 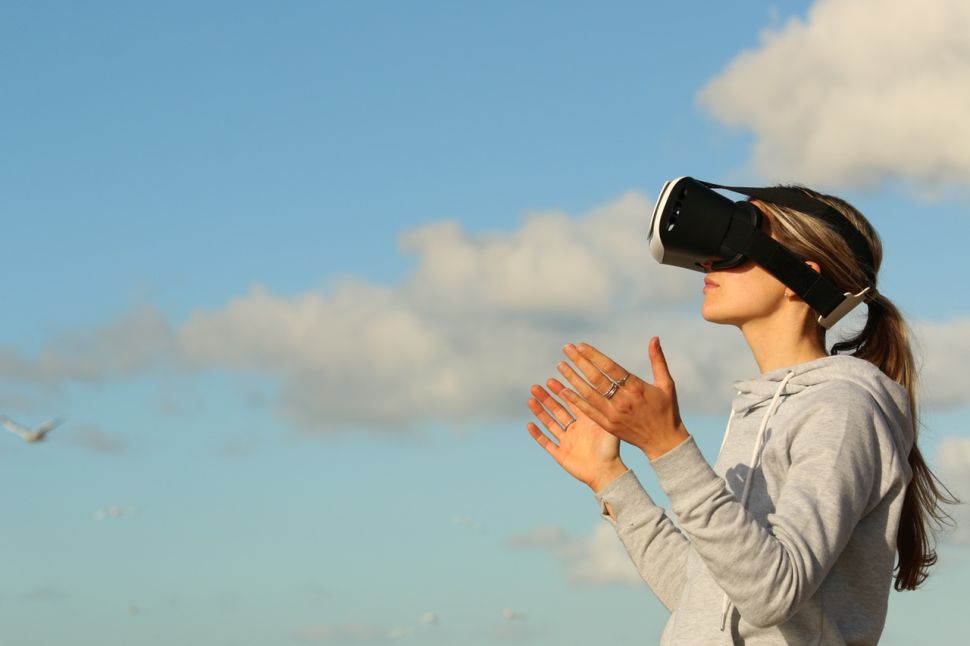