It is common knowledge, for over a year now, that Hezbollah has amassed over 160,000 rockets, according to Wikipedia. Quoting from sources in a BBC report and the Israeli paper Haaretz. Wikipedia lists the rockets by number and by type.

Boosting that claim, this week the Arabic press was covered with pictures of Hezbollah’s artillery: photos of tanks, armored personnel carriers, anti-aircraft weapons, even motorcycles for rapid response teams to quickly maneuver through rugged terrain. Pictures were posted on social media sites on Sunday, November 13, and the posts showed a huge parade of Hezbollah weapons. Social media reported that the area was closed and only Hezbollah members were permitted to participate and gawk and proudly strut around as the arsenal passed by.

It was a first. Hezbollah has never permitted pictures like this. They have always wanted their assets to be kept a highly guarded secret—and for good reason. The more that is known about Hezbollah’s resources, the better prepared Israel can be to defend against them or the greater Israel’s motivation to destroy the weapons caches.

According to Lebanese newspapers the pictures were not made available to them directly by Hezbollah media but, instead, were published by “Hezbollah-friendly” media.

There are several answers, but first, more details about the pictures. The pictures seem to show U.S. tanks and light-tanks. Translation: heavy military equipment clearly taken from the Lebanese army now squarely in the hands of Hezbollah.

One particular paper, al Safir, went so far as to describe the weapons build up inside Syria on the Lebanese border very close to Israel. According to the paper this is the first such build up outside of Lebanon. That, the paper points out, is a very strong message to ISIS, to other terrorists and to Israel: “Any future campaign will not be limited to Lebanese territory—a firm message to Israel and the terrorists.”

It is now obvious that the information we had a year ago about Hezbollah creating an armored division is absolutely correct. From the pictures it looks like they have T-72 US tanks and M-113 APC’s. There are also pictures of European-made, military-grade all-terrain vehicles. Mounted on the ATVs are Kornet antitank missiles. In addition, they have KS-12A anti-aircraft weapons, light tanks and 4×4 vehicles.

Hezbollah can now be categorized as a “Hybrid Army.”

Hybrid Army is a technical term, which means that, on the one hand they can fight among civilians and hide like terrorists, while on the other hand they can muster an official fighting force with an extensive artillery and armored corp.

Back to the question of why. The most important reason Hezbollah has for letting the world in on their dirty little secret of amassed weaponry is to offer confirmation to two important constituencies—their clientele and their enemies—that they are not a mere rag tag terror group. They are an organized, trained and well-equipped fighting force. They have varying levels of capabilities that include guerrilla warfare and conventional fighting.

As to why they went the circuitous route in releasing the photos via Twitter, the answer is that it was a more organic method of communication. Social media allows you to measure the power of your message. The sender knows exactly how many eyes click on and can then determine the impact of the announcement and monitor all its ripple effects.

Hezbollah is no longer a group of amateurs.

Hezbollah is conveying their message to the Arab Sunni world. They are there to defend Shiite honor.

They are also warning Israel. They are saying that the next full-frontal encounter between Israel and Hezbollah will be very different from past encounters. Those were kerfuffles, these will be all-out wars.

Hezbollah has matured and grown. Most importantly, they are better trained and better capable of striking significant blows against Israel and the IDF and all those whom they deem to be enemies. They will wage their wars on the ground and in the air and with impunity. 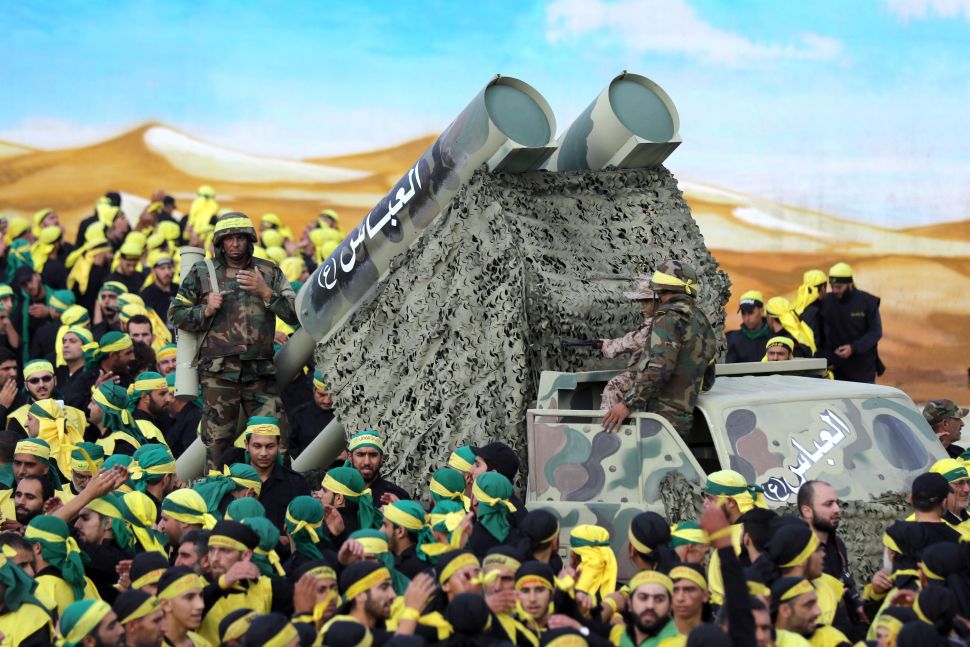